DECLARING MONKEYPOX A “GLOBAL EMERGENCY” IS A FARCE 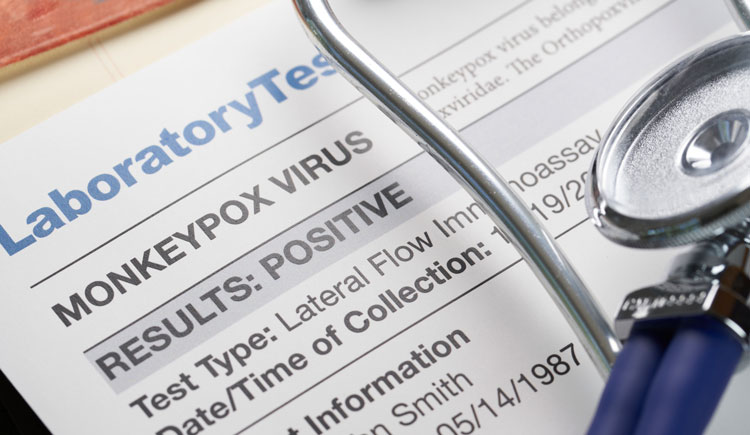 The third link is from the Associated Press and has a wealth of pertinent information in it. The article announces that the WHO Director General, Tedros Ghebreyesus, has declared monkeypox to be a “global emergency,” but the article admits the UN’s own health care scientists lacked consensus on the need to do so and that “It was the first time a UN health agency chief has unilaterally made such a decision without an expert recommendation (emphasis added).” Hmm. Sounds like this was a political decision, not a scientific one. The link adds that as recently as last month, the UN’s panel of health experts declared monkeypox “did not yet amount to an international emergency.” Also, the disease is surprisingly non-lethal, with no deaths at all as of the July 24th date on the third link’s article, outside its area of origin in Nigeria and Congo. The most recent reports I’ve seen indicate that, globally, five people have died from monkeypox. Why declare a global emergency for a disease that is surprisingly non-lethal?

The third link cites the WHO’s “top monkeypox expert, Dr. Rosamund Lewis” as saying that “99% of all the monkeypox cases beyond Africa were in men and that 98% involved men who have sex with men.” The link also refers to the belief of experts that the monkeypox outbreak in other nations can be traced to two [homosexual] raves in Belgium and Spain. The WHO’s Tedros admitted that the monkeypox outbreak is concentrated among male homosexuals, but especially among those who have multiple partners. The United Kingdom’s authorities are underwhelmed by this outbreak. The link relates that the UK has downgraded its assessment of the monkeypox risks because they saw “no signs of widespread transmissions beyond men who are gay [or] bisexual..” and the facts that “the disease does not spread easily” or cause “severe illness.” Monkeypox can cause painful symptoms, but is not regarded as a lethal disease. The contrast to Covid is stark, because Covid spread fairly easily and was a lethal disease. Monkeypox clearly does not require any harsh lockdown measures like those that were precipitated by the Covid pandemic. The third link also notes that health care experts might classify monkeypox simply as an “entrenched sexually transmitted disease.”

Monkeypox has been known about for decades according to the fourth link, which states there have been over 70 deaths in the African area where the disease has long been localized. The article adds that there are no monkeypox vaccines in Africa yet, even though it is the continent in which it was locally endemic and from which it has now leaped to other continents via the gay raves discussed in the third link. Two retired US generals have voiced their concerns about the WHO’s declaration of a global emergency re: monkeypox. They stated their concerns that the WHO has “potential ulterior motives” in their action, and that the “credibility of the WHO is in great question” (fifth link).

What are the reasons that the WHO should not have declared monkeypox to be a global health emergency and why President Biden should not declare it a health emergency in the USA? The first is that the general population is clearly not at risk of catching the disease. Media articles uniformly report that this is a disease infecting homosexual men and those who have sex with infected homosexual men. Since 99% of the infected population is male, it means that all females are essentially not at risk–unless they have sex with bisexual males who transmit the disease to them. It seems that lesbian women are also essentially not at risk of contracting this disease. Exclusively heterosexual males are also not at any meaningful risk of contracting this disease. Tedros, the WHO Director-General, is quoted in the third link as saying “this is an outbreak that can be stopped with the right strategies.”

I agree with him, but he did not specify the strategies that will quickly stop the spread of monkeypox. I believe he did not specify them due to political correctness (as the two retired US generals opined), but I will offer my perceptions of what those strategies should be. Since it is commonly accepted that monkeypox is being spread by male homosexual sex practices, the WHO and all health agencies should warn against having male homosexual sex. They should especially warn against sodomy, fisting and all other types of homosexual contact which create an ideal environment for monkeypox to spread via close bodily contact and by contact with body fluids. Those catching monkeypox should be quarantined until their disease symptoms have ended, just as Covid positive people were quarantined. If there is a test for monkeypox, infected people could be released from quarantine after they test negative for the disease. Since it is known that monkeypox can, under certain conditions, spread from the male homosexual population to the general population, all sheets, fabrics, clothing, etc. used by infected males should be thoroughly sanitized or destroyed before use by others. If these steps were followed throughout the nations, monkeypox would stop spreading and would be quickly “a thing of the past.” If such measures are not taken, monkeypox could needlessly leap from the male homosexual population to the general population. The above suggestions are based on the science of the situation, not the politics of it.

The Bible lists hygienic/health rules found in the Torah which were given by God to Moses. Besides forbidding homosexuality or bestiality (Leviticus 18:22-23), The Torah also required quarantining sick people (Leviticus 13:1-46), preventive isolation of fabrics and clothing pertaining to sick people and when to completely burn such garments and fabrics to prevent the spread of disease (Leviticus 13:47-59). The ancient Torah rules about quarantining sick people and either thoroughly cleaning or burning the fabrics and garments used by infected people were millennia ahead of mankind’s current  knowledge about the spreading of disease. Neither Moses nor anyone else alive in the 15th century B.C. knew about the germ theory of disease, and they had no idea that many diseases are spread by close contact with the skin or body fluids of infected people. Without microscopes and scientific procedures, ancient mankind was oblivious to the existence of viruses, bacteria and other infectious agents causing human diseases. This knowledge could only have been imparted to Moses by a Super Being with extremely advanced knowledge that would not be obtained by humanity for millennia afterwards. The existence of a highly-advanced, scientific modern regimen of preventing/treating diseases by a Revelator in very ancient times strongly argues that only the Divine Creator himself could have imparted such knowledge to an ancient population group. It is worth noting that God’s rules regarding health care call for quarantining only the sick members of society, not the healthy ones. There is no question that the Torah’s health/treatment instructions were given in very ancient times because they are written in the ancient texts of Torah scrolls that have been available for centuries before modern science began.

Given the fact that Torah laws and rules can now be seen to be based on what we know is very accurate scientific knowledge, it would behoove mankind to pay much more serious attention to all the Divinely-given laws of how human beings are supposed to live and conduct themselves. In Hosea 4:6 during a time of great disobedience to God’s laws in ancient Israel, God is cited as saying: “My people are destroyed for lack of knowledge: because you have rejected knowledge, I will also reject you…”  Leviticus 26 and Deuteronomy 28 also delineate the blessings for obedience to God’s laws that will benefit the lives of people and nations who are obedient to God as well as the curses and afflictions that will befall people and nations who disobey God’s laws. I suggest reading through these chapters. It is obvious that modern mankind is not only increasingly disobeying God but doing so with great impunity and contempt for the Creator. Is mankind increasingly reaping the curses that are promised to befall people and nations who forsake God’s laws about how this Universe works? The answer is “Yes,” but mankind is blind to the existence of a Divine Creator who revealed his existence, purposes and laws in the Bible. Therefore, we can expect things to get steadily worse as mankind continues its slide away from the inexorable laws of the Universe which God put in place for the good of all.

If all nations today obeyed God’s sexual practices laws and honored the teachings about selective quarantining, the disposing of garments and fabrics used by infected people, etc., sexually transmitted diseases would end, and such infections as monkeypox would not be spreading in the human population. God’s observation in Hosea 4:6 certainly applies to our modern time as well to the time of ancient Israel.