Current Chinese Android Development and a Holographic “Elvis” from 2009 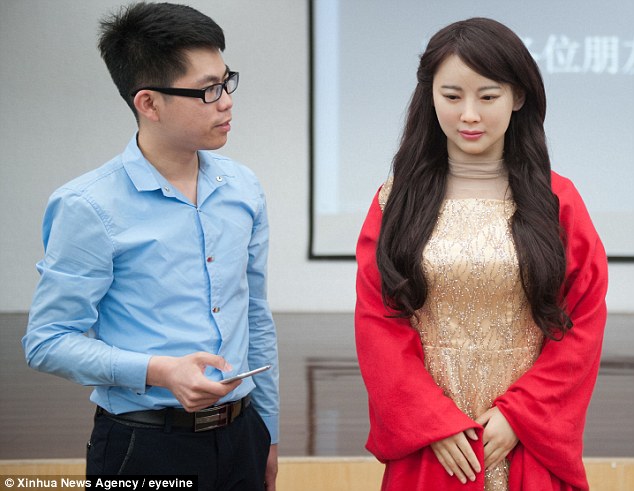 In light of my recent posts on the stunning advances in holographic technology, androids, cyborgs, etc., I thought I’d pass on this first link which I received from a reader today. The first link demonstrates the current level of Chinese android development to simulate human beings. Both the androids in the first link simulate human females–one Asian and one Caucasian. I think you’ll be impressed at how realistic they can be made to appear. If this is the state of development now, just think how far advanced the androids will be made to appear in a few more years. It likely won’t be that long until androids may be able to imitate actual human beings without humans realizing they are interacting with an android.

The second link is one which I posted years ago, but I’ve included it for the benefit of readers who may not have seen this extraordinary video clip of a real Celine Dion singing a duet with a holographic Elvis Presley in 2009. If holographic technology was as realistic as is shown in the second clip made seven years ago, just imagine how realistic holographic humans (or other life forms) could be made to appear today. On a personal note, I’ll mention I saw a live performance of Elvis Presley on stage in St. Paul in (I think) 1975. He truly had a charisma that was indescribable to those who never saw him in person. When he walked out on stage, it was as if his persona filled the arena. At least, that is how I experienced his performance.

I’ve enclosed these two links to further confirm to readers just how far android and holographic technology is advancing. The examples in the links are what is being acknowledged to the public. I believe the real state of development re: these technologies is far further along than is depicted in either link. Recent posts have described how such technologies could be used in the future to simulate angelic appearances, miracles and even the second Coming of Christ, so I won’t repeat myself in this post. You can review my comments in recent posts about these and similar technologies.

My thanks to the reader who sent me the first link.