Could Fentanyl Be Used as a Weapon of Mass Destruction? 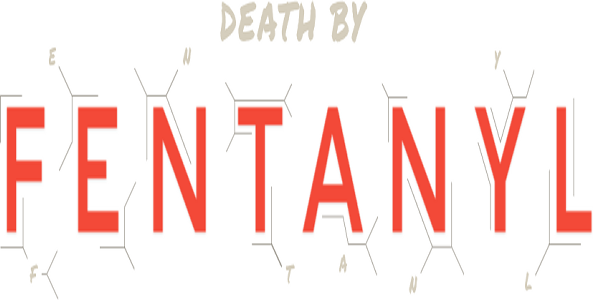 A recent event in my region of the nation has caused me to consider whether Fentanyl, an incredibly powerful and toxic drug, could be used as a weapon of mass destruction (WMD) by terrorists. It is being abused by drug-users in very small tiny amounts, but even a very tiny amount of exposure could be lethal. It is so risky to handle that the Center for Disease Control (CDC) in the USA has issued guidelines and warnings for first responders regarding how to handle Fentanyl and to avoid becoming a casualty of it (first link). The CDC warns that Fentanyl can be distributed in a powderized, liquid or tablet form, and a reading of their warning indicates the powderized form is the most dangerous as this drug is most likely to be fatal if inhaled as a powder.

Fentanyl does have some good uses in a medical context. It is such a powerful pain-killer that it is useful for treating patients who are dying of cancer and other end-of-life conditions. I personally know that to be true. When my father died years ago, he had end-stage, metastasizing bone cancer, and he was in agony. The Fentanyl provided palliative pain relief in his last weeks of life. However, the medical community only needs a very tiny amount of Fentanyl for legitimate usages. Someone is making Fentanyl in amounts that can easily be weaponized on a very large scale.

The second link reports that 33 pounds of Fentanyl was seized from someone transporting it via the Amtrak station in Omaha, Nebraska (not far south of where I live). This link, from an Omaha TV station, reports that this amount of the drug could have killed 4.9 million people if distributed that widely. The third link reports that a far more massive amount of this drug was seized in the New York/New Jersey area. That seizure was of 140 pounds (!) of Fentanyl, an amount able to kill 32 million people! How many other caches of Fentanyl exist around the nation that have not been noticed or apprehended?

The information in these links verify that mass murder on a Holocaust-like scale is possible if Fentanyl is used by terrorists and used on major American or European metropolitan areas. We know Fentanyl can exist in a powderized or liquid form. How hard would it be for Islamic (or other) terrorists to infiltrate themselves into positions at water-treatment plants all around the USA and Europe? At water treatment plants, large volumes of such chemicals as chlorine, fluorine and other additives are placed in the water supply systems of all American cities. Are these legal substances added to the water supply in bags of powder or in liquid containers? I certainly don’t know. However, minimal investigations by terrorists or foreign intelligence operatives can learn the answer to that question. At a given time, they could have their agents place innocent-looking bags or containers of Fentanyl (labeled as something else) into the water supplies of many American cities and kill or sicken tens of millions of people. Would North Korean agents perpetrate such an act? Could North Korea pay drug lords from Mexico and elsewhere to do this type of act of mass murder? These are questions that urgently need to be asked by national security and health officials in all western nations. The seizures of Fentanyl that took place in Omaha and the New York/New Jersey area occurred in/near major US metropolitan areas. Were these Fentanyl caches intended for street distribution as illegal drugs or were they evidence of terrorists or North Korea prepositioning large amounts of Fentanyl for use at a later date when a major terrorist act is to be perpetrated?

Fentanyl could easily be used in another way as a terrorist weapon of mass destruction in its powderized form. How hard would it be for the makers/distributors of illegal Fentanyl caches to buy drones and distribute the Fentanyl in an aerosolized fashion from innocent-looking aerial drones? Such drones could fly over busy metro areas, mass gatherings of people at athletic stadiums, rock concerts, etc. Small aerial drones flying overhead would scarcely be noticed at such events. They could fly back and forth over the crowd distributing aerosolized Fentanyl powder in lethal does on the people below. In times of war, Fentanyl can now be used as a weapon of mass destruction. Any combatant could use these methods to kill or immobilize their enemy forces by putting lethal amounts of Fentanyl into the water supply of an airbase, naval base, or even Washington, DC and the Pentagon. Security services in western nations are going to have to devise methods to detect Fentanyl in water distribution systems before the water is put into a city’s pipe distribution network. Military bases need to have weaponry in place to shoot down any aerial drone that wanders within a forbidden distance of any bases. Indeed, on a windy day, aerosolized drones (or a small crop-dusting plane) could spray massive amounts of Fentanyl into the air just “upwind” of an intended target and kill or sicken large numbers of people.

I don’t mean to scare everyone, but this danger is now real. I think it would be criminal for affected governmental jurisdictions and agencies to ignore this threat. How many American, European and Israeli water distribution systems have mechanisms in place to detect a lethal amount of Fentanyl about to enter a city’s water supply network? I would not be surprised if the answer is “none of them.”

How are Fentanyl supplies entering the USA in amounts able to kill off an entire large city? Most likely, it is coming across the USA’s porous southern border with Mexico. This is one more reason for urgent action to secure America’s southern border. Not only does America need an impenetrable physical barrier along its border with Mexico, it needs to have forces in place to shoot down every unauthorized drone coming across that barrier from Mexico. It would be inexpensive for the US government to fund armed drones that could be in the air over the border on a 24/7 basis. These armed drones could be vectored toward any unauthorized drone approaching the border so they could shoot it down. In a time when a drug, Fentanyl, is so powerful it can kill an entire city if distributed widely in tiny amounts, shooting down a Fentanyl-laden drone could potentially save an American (or European or Israeli city).

The Apostle Paul was so right when he prophesied in II Timothy 3:1 that “perilous times” would come in the latter days of our age. There is also a prophecy in Revelation 9:1-10 that, in the latter days, large masses of people will be sickened and immobilized to the point they desire death but death does not come. The prophecy indicates that these people will be sickened by aerial mechanisms. The Apostle John, who wrote the book of Revelation under inspiration from the Holy Spirit, likened the aerial distribution vehicles which caused this mass sickening to “locusts.” Locusts are tiny flying insects who travel in swarms. Did John see in his vision of our time mass swarms of drones being launched to distribute toxic chemicals or agents on a targeted population? His vision described these “locusts” as having metallic skins and “wings” that were noisy. These could be large airplanes (planes spraying chemtrails, perhaps?) or they could be small crop-dusting planes and swarms of drones…or all three options might apply. To John, who had never heard an internal combustion engine in his life, even the sound of the engines of swarms of drones would sound very noisy as he saw and heard them in his vision. Evil inventors could devise chemicals that would immobilize, but not kill a targeted population. Why would they do that? There is a simple answer. They could do this to destroy the ability of a targeted population to resist an invasion. However, by not killing them, the sickened people could be used as slaves when they recover after the invasion is successful.

We live in very dangerous times, indeed. Given the increasingly dangerous times we live in, I suggest you read my article, Should Christians Prepare for Future Hard Times? The answer is “yes,” and everyone should make personal preparations, not just Christians. If you have the slightest doubt that we live in the “latter days” prophesied by the Apostle Paul, please read my article, Are We Living in the Biblical Latter Days?