Confirmed: Zika Virus Can Also Be Spread via Sexual Contact 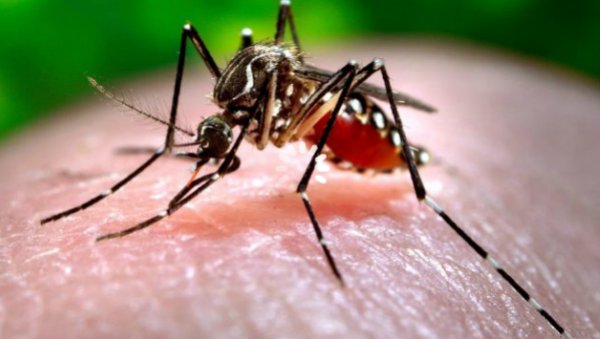 My previous post was on the dangers of the Zika virus now spreading “explosively” in Latin America. Just one day later a very ominous report was released. A Health Department in Texas has confirmed that the Zika virus can be spread by sexual contact as well (first link). This raises the threat of the Zika virus to a much higher degree than if it only could be spread by mosquitoes. The second link reports that this US traveler contracted the Zika virus in Venezuela and then afterwards spread it to a sexual partner in the USA. This means the Zika virus can start spreading throughout the Northern hemisphere now via sexual transmission months before we reach the mosquito-hatching season in nations and regions still experiencing winter. Since many people go to Caribbean resort locations and to many ports-of-call via cruise ships on vacations and pleasure trips, it is now apparent that the Zika virus can start spreading via sexual contact as well when vacationers return to northern climates (or anywhere else).

More nations are, understandably, getting concerned about the Zika virus spreading to their citizens. The third link reports that the Philippine Red Cross has announced that it will refuse blood donations from people who have traveled to a Zika-infected country, and the fourth link reports that the Canadian authorities have announced that travelers to Zika-infected nations should wait one month before donating blood. That link also reports the first Canadian cases of the Zika virus have been confirmed. This health crisis is rapidly becoming a global issue.

Today, I was watching a CDC official being interviewed on a cable-TV network, and they were discussing the Zika virus and how mosquitoes also spread malaria to many people annually, causing many deaths. The CDC official mentioned that mosquitoes cause more deaths annually than any other animal. The word “animal” caught my attention. I have not previously heard the word “animal” used to describe mosquitoes. A search on YouTube found a link with Bill Gates also referring to mosquitoes as an “animal.” This made me think of a biblical prophecy that fits perfectly with my previous post on the Zika virus. In Leviticus 26:22 is a prophecy that one of the curses that would fall upon the ancient Israelites if they disobeyed God was that “wild beasts…shall rob you of your children and destroy your cattle and make you few in number.” While the Old Covenant that contained this curse for disobedience was promised to befall the ancient Israelites if they disobeyed God long enough, it is also a curse that God can allow to come upon modern people and nations that disobey him today as well. The King James Version of the Bible uses the term “beast,” but I’ve always thought of that as applying to large animals. If we consider that mosquitoes are “wild creatures” or “wild animals” that are quite small, they could implement the curse of Leviticus 26:22. Indeed, given that hundreds of thousands die annually from mosquito-borne diseases each year, mosquitoes are already the most lethal wild “animal” or “beast” on earth today. It is particularly noteworthy that Leviticus 26:22 states that this “wild beast” will “rob people of their children.” The microcephaly brain defect attributed to the Zika virus being spread via mosquitoes does, indeed, “rob people of their children.” It may not kill their children, but by causing them to live their lives with brain defects, children are “robbed” of a normal life by this brain defect. There is no question that modern mankind is steadily becoming ever more brazenly sinful in its lifestyles and is kicking God and his laws out of their cultures. If God is real and consistent (and he is), he would have every right, as mankind’s Creator, to begin applying some of the curses of Leviticus 26 and Deuteronomy 28 on all nations.

One last thought. I’ve seen on some links that the Zika virus has been known about for decades and is native to East Africa. It was never a particularly virulent virus before this time. Why has it now become associated with such terrible conditions such as microcephaly and Guillaume-Barre Syndrome today? I don’t know the answer. I’m only asking the question.