COMMUNIST CHINA BEING ALLOWED TO PLACE ITS POLICE STATIONS INSIDE THE USA? 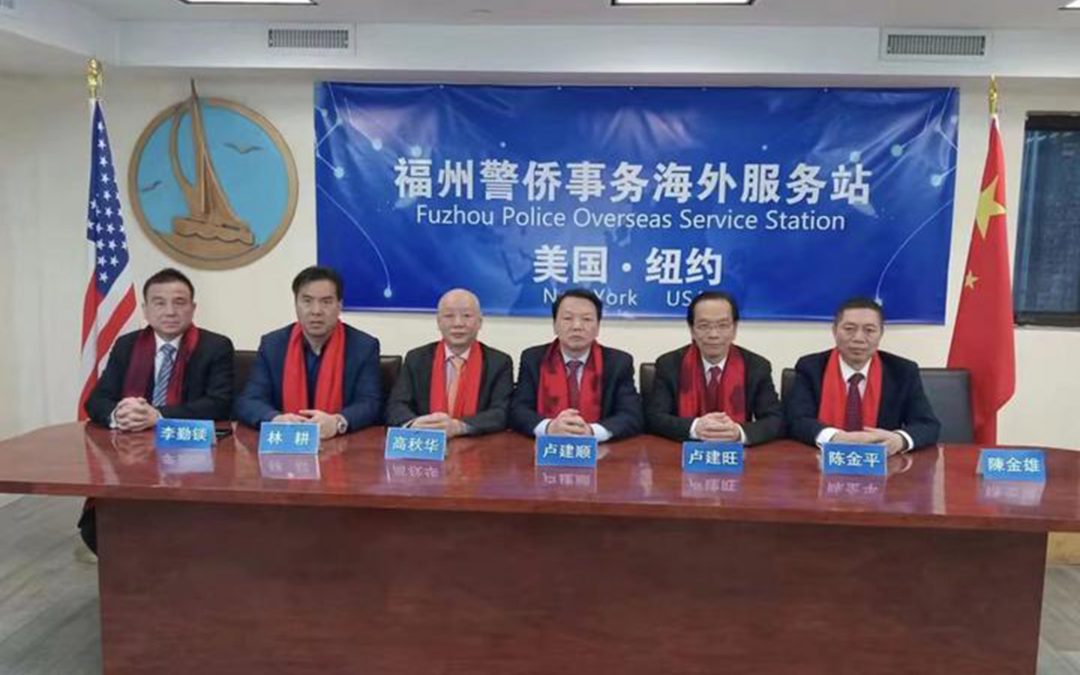 Unbeknownst to most Americans, Communist China is infiltrating the USA in many ways on many different levels. This post will reveal several of China’s routes of infiltration. A flagrant example of China’s penetration into the USA was made known recently. The first link and second link describe details about a Chinese overseas police station being established in New York. It has been called a “Chinese police service station” or an “overseas police station.” Its purpose is to exercise the sovereignty of the Chinese Communist Party on US soil. Besides being obvious locations for spying activities in the USA, the nefarious functions of such stations include harassment of members of the overseas Chinese diaspora, kidnapping Chinese people back to China, and even confiscating bank accounts of people targeted by Chinese overseas police personnel.

Does it sound shocking that this “invasion” of the USA by Chinese police personnel is occurring in the USA? These Chinese police invasions are now happening all over the world. According to the first link, there are now such overseas Chinese police stations on all five continents and in at least 21 nations. This seems to be a brazen effort by the Chinese Communist Party to assert their sovereignty on the foreign territory of many nations, and give their security forces bases of operation inside other nations. What has been the response of the Biden administration to this invasion of US sovereignty by Chinese police personnel? Apparently, nothing. Unless you don’t mind having the Chinese Communist Party’s personnel open an office in your city or area, you might want to contact your Congressional representatives to have them quickly pass a law forbidding such operations. If China’s invasive policing effort on US soil isn’t promptly halted, it can be expected that China will expand this “invasion” fairly soon.

I find it shocking that the Biden administration didn’t forcibly shut down this Chinese police station on US soil as soon as it opened. As president, Biden is Constitutionally required to protect and defend the USA’s security. China’s police stations being set up in foreign nations are a clear threat to any nation where they exist. However, maybe we shouldn’t be surprised at Biden’s “I don’t care” attitude about an open Chinese police presence on US soil. Biden is allowing millions of illegal aliens from numerous foreign nations to pour across the US southern border and Biden obviously doesn’t care about US security on the southern border…even though criminals, spies, drug smugglers, human traffickers, etc. are pouring across our border with Biden’s approval. Any nation which doesn’t care about protecting its own borders and citizens is on a death spiral as a nation. Furthermore, those of us who lived through the Cold War realize that if the Soviet Union tried to brazenly open and operate an overseas KGB office inside the USA on US soil, it would have been shut down instantaneously and its personnel deported to the USSR. China is now just as much a rival or enemy of the USA as the USSR was from the end of World War II until the collapse of the Soviet Union in 1990. China’s invasive activities inside the USA should be shut down just as quickly…and they would be if we had an administration that cared about US security.

The situation gets worse. The third link and fourth link are about the discovery that “at least 162 scientists” who worked at the USA’s secret Los Alamos National Laboratory from 1987-2021 were also working for China. Many of these scientists were there as a result of being placed via “professional development” or “scholarship” programs. This huge security breach should have been discovered and stopped long ago, but US administrations (both Democrat and Republican) have been too timid to admit China is heavily involved with spying on US secrets in any way possible. China is so heavily involved with turning its overseas diaspora into spies for China that the USA should not admit any Chinese scientists, researchers, graduate students, etc. into the USA for any purpose. Chinese persons in these fields ought to be forbidden to enter or work in the USA even as Soviet personnel were forbidden to work in sensitive positions and regions during the Cold War. I’ll share one small personal experience from those Cold War years. I worked in the Twin Cities in the 1970s when the Cold War was intense, and I had formed a friendship with a retired CIA agent. One time when we were done eating at a restaurant in the Twin Cities, we were walking in a hallway when we passed two men who were obviously having a discussion in the Russian language. My retired CIA friend asked me: “Steve, did you hear what language they were speaking,” and I replied I heard them speaking Russian. He asked me to wait in the hall for him while he absented himself to call a special phone number to report this occurrence. When he returned, he said that various areas of the USA were deemed so sensitive that Russian nationals could not visit there without American escorts. The Twin Cities, hosting the facilities of many high-tech firms such as Control Data, Sperry-Univac, The Twin Cities Arsenal, 3M, Honeywell, etc. was one such location that was off-limits to unescorted Russians. National security was very important during the Cold War, and the USA needs to start taking our security just as seriously now that we are under threat from both Russia and China. As an aside, I also deduced from that brief experience that retired CIA agents were then never really fully retired.

There’s more. Recently, there was a report that China was attempting to buy agricultural land which was located close to an important, drone-development military base in North Dakota (fifth link). Surely it is no coincidence China was trying to buy land near a military base. From that location, Chinese electronics specialists could monitor and catalog all electronic emissions between the drones and their handlers in order to learn better how to defeat US drones in warfare. Such a purchase of US land by Chinese entities should be forbidden nationwide. While on the subject of China’s buying of US land, the Chinese are also buying extensive tracts of American agricultural land (sixth link). This obviously should be forbidden as they are a hostile nation. The US agencies that should be stopping this kind of behavior either are utterly negligent or they need a law from Congress to ban such purchases so they can enforce it.

As long-time readers of my blog know, the above invasions of US sovereignty by China is entirely consistent with Ezekiel 38-39, which prophesy a great and climactic World War III will occur just prior to the end of our age. Russia, China, Iran and their allies will launch a surprise attack against the USA, NATO nations and their global allies. Many Christian teachers see the importance of Ezekiel 38-39’s prophecy for our times, but they make a critical mistake: They think the word “Israel” designates the little Jewish nation bearing that name in the Mideast. Biblical prophecy always identifies the Jews in prophecies as “Judah” (Genesis 49, Zephaniah 2, Zechariah 12 and 14, etc.). As you can see, “Judah” is mentioned nowhere in this prophecy. This prophecy identifies the modern descendants of the ten tribes of Israel as the targets of this attack by the Gog-Magog alliance. For a full discussion of how detailed this prophecy is in describing the alliances of our time and how World War III will start, unfold and end, you can “read all about it” in my article, What Ezekiel 38-39 Reveals about a Future World War III. Other articles very germane to this topic are, The United States of America in Biblical Prophecy and Four Reasons the Jews are Judah.