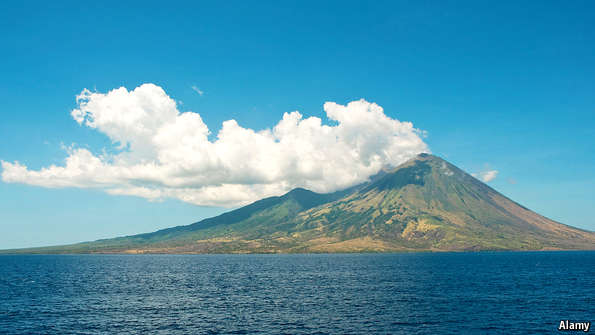 While the program did a good job of showing how truly bad the drought is getting in California (and in the African nations of Niger and Senegal), he permeated the program with his personal liberal views that man-made global warming is responsible for all the droughts, and he even blamed the western world for emitting the man-made, global-warming gases “causing” these droughts. He omitted any mention that China is actually the worst current generator of “global-warming” gases. He even made a hero out of California governor, Jerry Brown, for going after the big energy corporations who produce the carbon-based fuels that heat our homes, provide fuel for our public transportation systems, power our factories, etc. His program did demonstrate how climate change can drive people to seek new homes elsewhere, but the tone of his program was liberal propaganda.

For the sake of accuracy, I do not deny global climate changes are occurring in many parts of the world (the Bible includes warnings about climate and earth changes in latter-day prophecies); however, I’m not at all convinced that any “global warming” is being caused by mankind. Indeed, I will offer a strong piece of evidence that mankind is not responsible for “global warming.” Warnings from scientists that California and the American Southwest are entering a mega-drought that hasn’t occurred for approximately 1,000 years include an underlying evidence that natural cycles of and events on the earth and sun can be responsible for global warming and cooling cycles. Let’s accept that California and Southwestern states haven’t had a drought of the current severity in about 1,000 years. That means that such droughts can and do occur without being caused by man-made carbon-based energy activity because there were no man-made, industrial “greenhouse gases” being produced about 1,000 years ago on the planet. Societies then had what we would regard as primitive technologies. Yet such a super-drought cycle like the current one did occur. This fact confirms that such super-droughts can and do occur naturally. Science has confirmed this fact. Remember the earth’s past ice ages? I think all agree that they occurred without man-made causes. The second millennium AD experienced both a global warning period and a “little ice age,” neither of which could have been caused by man-made carbon emissions because the industrial revolution hadn’t occurred yet during those events. A very sudden and deadly cooling of the globe can occur due to a volcanic eruption. The eruption of Mt. Tambura in Indonesia caused a severe global cooling approximately two centuries ago (see link). Even the vastly smaller eruption of Mt. Pinatubo in 1991 in the Philippines caused measurable global cooling. Does this mean that if the earth experiences a Mt. Tambura-like volcano in the future, scientists will urge the nations to generate more “global warming” emissions to counter the effects of global cooling and “save lives?” I wouldn’t hold my breath if such an event occurs.

The California drought is very real. So is the growing drought in the African Sahel nations. However, the existence of similar such droughts in the pre-industrial period argues strongly that the earth itself experiences long cycles of temperature and precipitation extremes that are not understood by mankind because our lifespans are so short and ancient record-keeping on such matters is almost non-existent.

I’ll continue to closely watch the expanding drought in California and the American Southwest, but I won’t knowingly recommend programs hosted by Tom Friedman or other politically-correct liberals. Given the program I alerted readers to turned out to be so politically-correct in its underlying assumptions, I thought I should “set the record straight.”