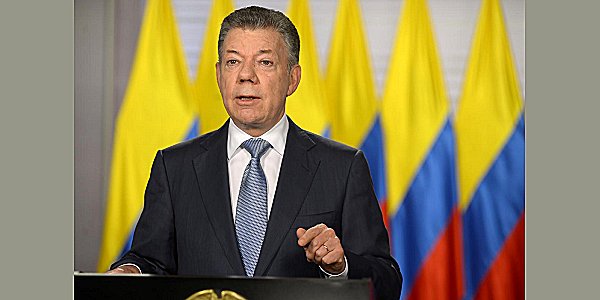 The American media is almost entirely transfixed by the political/legal soap opera in Washington, DC, and many major global developments are given little or no coverage in the mainstream press in the USA. One such overlooked development worthy of notice is that Colombia is joining the NATO alliance as a “global partner.” It is a step short of formal membership in NATO, but this status will give Colombia a “fully accredited” status in this western alliance (first link). As the link notes, Colombia is the first Latin American nation to be given formal NATO status. Additional information is provided in the second link.

There is an anomaly I noticed in the first link’s roster of NATO’s “Global partners.” Nations such as Australia, Japan, South Korea and New Zealand make much sense as Global Partners and my writings for decades have expected all these nations will be part of the western alliance that opposes the Russian and Chinese-led Gog-Magog alliance in the latter days of our age. [See my articles: Japan’s Role in Biblical Prophecy and What Ezekiel 38-39 Reveal about a Future World War III]. However, Afghanistan, Pakistan, Iraq and Mongolia are also on NATO’s list. I expect all these nations will eventually be in the Gog-Magog alliance and that their status as “global partners” in NATO will not last. Iraq’s recent elections made an anti-America Shiite cleric the most powerful leader in Iraq and he is aligned with the Shiite Mullahs of Iran (third link). Iran is listed as a key member of the Gog-Magog alliance (“Persia” in Ezekiel 38:5) and Afghanistan is likely to revert to the  anti-American, anti-western Taliban as soon as US/NATO troops leave. Both will surely be in the Gog-Magog alliance. Pakistan is an ally of China against India and is not likely to be in the NATO alliance at the end of our age. Mongolia? That nation is located deep inside Asia and will surely be in the Gog-Magog alliance too. What is the purpose of Mongolia’s presence on the list of NATO strategic partners? Is it there to spy on NATO from within? I was surprised to see that nation on the NATO list.

Some Europeans are not pleased with Colombia’s decision to obtain formal status in the NATO organization. The fourth link cites several EU parliamentarian as criticizing this action. Why? The only reason I can think of is that periodically the EU seeks to create its own army outside of and apart from NATO. Europe’s thin military forces are already fully tasked to NATO, so there are no troops or money to create an EU army; however any action which strengthens NATO (as Colombia’s action does) weakens the EU’s strategic future.

Colombia’s action shows that the NATO alliance is continuing to expand into a formal global alliance. With formal ties to Australia, Japan, New Zealand, South Korea and Colombia, NATO may soon need a new name.