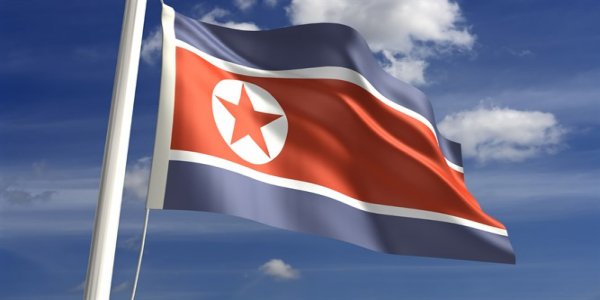 These three links report that an underground nuclear test facility in North Korea has collapsed, killing an estimated 200 people. The first link states the collapse occurred on October 10th, although word of the collapse has only recently been released. The first link reports that there could have been a large enough release of nuclear radiation to affect the entire northern hemisphere. The second link downplays the risk of radiation leakage, but asserts the death toll was higher than 200 people. The third link is from a Japanese media source, and it was the Japanese media which first broke this story.

What is clear is that the North Korean nuclear program has suffered a major setback. The extent of that setback is difficult to assess as the North Koreans are hardly likely to provide the world with any facts about this disaster. One obvious question is how many of the 200 North Koreans killed in this underground collapse were key scientists in North Korea’s nuclear and missile programs. Another key question is were any North Korean missiles or nuclear construction facilities destroyed in this collapse? These reports (and others available on the Internet) indicate that the underground damage is so great that a mountain above the North Korean underground nuclear test facility may collapse further if more North Korean nuclear tests are attempted. It would be interesting to know how the Japanese media learned about this collapse. Was it via seismological information? If so, other nations surely had access to the same technical data. If the collapse occurred on October 10th (as the first link reports), surely other nations would have known about this for some time as well. Why tell the world about it three weeks after the incident occurred?

Allow me to offer some speculative thoughts about this major set-back to the North Korean nuclear program. The timing of this disaster for the North Korean nuclear program is very fortuitous for other nations. Perhaps it will allow more time for diplomacy and sanctions to find a way to “denuclearize the Korean Peninsula” (i.e. disarm North Korea of its nuclear weapons). Previous posts have cited numerous world media sources that the Iranians are helping North Korea with its nuclear program. Both the Iranians and the North Koreans have surely designed their underground nuclear facilities in both Iran and North Korea to resist the USA’s “bunker buster” bombs if used against them in an attack. Their underground nuclear facilities would surely have been designed to withstand very large explosions. It is possible that simple underground vibrations from a North Korean nuclear test could have caused this collapse, but that would mean all the calculations that went into building the facilities were erroneous. It seems unlikely that this collapse would have been caused by what would essentially be “friendly fire” as is claimed.

There is another possibility. It may be that the USA (and/or other parties acting together) just “sent North Korea a message” that any further nuclear activity on their part will not be tolerated. In other words, this major damage to North Korea’s underground nuclear facilities may not have been an accident, but rather a taste of what could come upon North Korea if they persist in being a nuclear power which directly threatens the USA and its allies. If this is the case, we can only guess at the means via which this damage to North Korea’s underground nuclear facilities was accomplished.

Then again this damage to North Korea’s nuclear facilities may have simply been a very timely and marvelous “coincidence,” right?