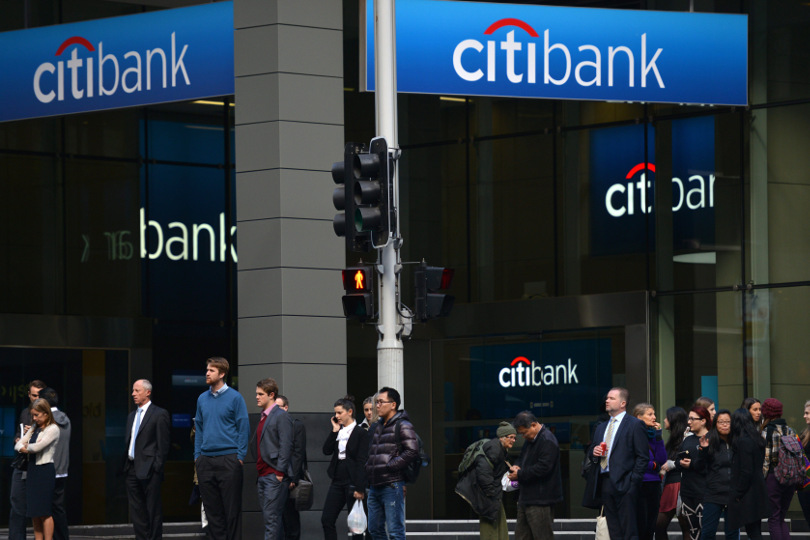 This post is a brief follow-up to my most recent item about India’s surprising elimination of most of its cash in circulation throughout that nation by eliminating its two highest-denomination bills. This has thrown many of India’s consumers into a turmoil.

A reader sent me a link about a related move in Australia. While Australia’s government has not yet taken an action to ban cash or eliminate high-value cash notes in circulation, Citibank, a major global bank, has implemented a policy to ban the acceptance of cash at its Australian branch banking locations. The first link and second link detail this measure by Citibank. This highlights two ways that a move to a cashless society can be implemented. One is by governmental law (as in India) or via actions taken by the private banking industry (as in Australia). Either method helps pave the way toward the eventual fulfillment of the prophecy in Revelation 13:11-18 that a future prophesied, global “beast” power will control all global financial activity at the end of our current “latter day” age. Cash is a method of financial activity not subject to direct electronic monitoring, so it is a threat to the control-freaks that want to control the world population. Keep in mind that we are a long way yet from an actual fulfillment of Revelation 13:11-18. This prophecy will be fulfilled after the fall of our current global financial/monetary system called Babylon the Great, as described in Revelation 17-18’s prophecy. Revelation 17 tells us that the current system will eventually be overthrown by “seven heads and ten horns” which are only cryptically mentioned in the prophecy. Revelation 13:11-18 will be fulfilled after Revelation 17-18 has been fulfilled as Revelation 11:11-18 pertains to the time when the beast power is already in power and ruling a new world system in cooperation with a religious leader who is working miracles and causing the masses to worship an “image” of the beast. While this beast system is not yet in power, it will surely take over and use to its own advantage all technological motioning and control systems developed by the current Babylon the Great system.

Lest we read too much of an apocalyptic aspect into the Citibank action, I’d like to point out two things for a balanced perspective. While it is true the links report that Citibank is not accepting cash at its Australian banks, the first link does mention that it is still dispensing cash at its ATMs–so Citibank in Australia has not gone totally cashless. This fact tells me that Citibank’s move may also be just an effort to eliminate teller positions in its branch banking locations, thereby, cutting its overall costs by lessening the need for an entire class of employees to perform banking services in its branches. Whatever Citibank’s motivations, it does push more people toward a cashless society.

One final note for biblical scholars and readers. Comparing the two prophecies from Revelation 13 and 17 confirms that the book of Revelation cannot be properly understood if one assumes that it was meant to only be read (and fulfilled) chronologically in its consecutive chapters. Revelation 13 discusses an action by the prophesied beast power (and the false prophet) after they are already in power on the world scene. However, at the beginning of Revelation 17 (four chapters later) the time sequence of that chapter begins in a time context before the beast power comes into existence on the world scene. This should remind us that we have to try and understand each part of the book of Revelation’s prophecy in its proper context. I don’t claim to be the final authority on such matters as very sincere and honorable people can come to different opinions about what the book of Revelation means in its various visions given to the Apostle John by divine action. However, I do want readers to realize that while the book of Revelation is divinely-inspired literature, it is still a piece of literature. Mankind’s secular literature uses all kinds of literary devices such as flashback, repetition, foreshadowing and offering multiple perspectives on a similar subject. Mankind is made in God’s own image (Genesis 1:26-27) and since mankind is a product and reflection of God’s own mind, this means that God can use these same literary devices in his biblical prophecies as well. The book of Revelation contains many different prophetic messages and addresses many different themes within its 22 chapters. It is up to us to try and understand each prophetic message and prophetic theme in its proper context–a task that should keep all of us humble..