Christians the Most Persecuted Global Religion 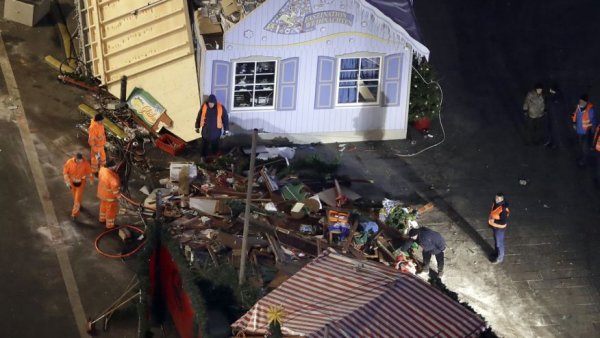 A survey has shown that the most persecuted religion on the globe is Christianity. In reporting on this survey, the first link includes a map showing the nations where Christianity is most persecuted. It states that 90,000 Christians were killed for their faith and many more were persecuted in various ways. It is no surprise that many Christians are at risk in a variety of Islamic nations, but Hindus, Buddhists, and Communist nations also can heavily persecute Christians.

A few days ago, the world was shocked by another radical Islamic terrorist attack–this time against Coptic Christians in Egypt. Many were killed and many more were wounded (second link). At least in Egypt, the persecution is not coming from the state government. Egypt’s state government, headed by President al-Sisi, who also just met with US President Donald Trump, has actually taken steps to protect Coptic Christians. President al-Sisi has visited Christian church services, has assigned Egyptian security forces to protect Christian churches and is a remarkably enlightened leader in the Islamic world where so many governments persecute Christians. The third link offers readers many options for reviewing examples of Christian persecution around the world.The fourth link and fifth link give specific examples of persecution of Christians in the Sudan and in Myanmar (Burma). The website cited in the last two links monitors and reports examples of Christian martyrdoms and persecutions around the world. If you do wish to follow that website for such information, be warned that some examples are very graphic and even grisly in nature.

I think one reason why Christians are so persecuted is that no historically-Christian nation acts as their protector. US President Trump recently fired cruise missiles at a Syrian airbase to avenge Islamic Syrian rebels for a chemical weapons attack against them by an Islamic Syrian government. Will Trump ever take military (or at least firm diplomatic) actions to protect and defend Christians around the world? He was elected with very strong support from Christian American voters so such an action would surely please his base. We’ll have to wait and see if he does.

The Bible prophesied that Christians would be persecuted and martyred in the latter days for their faith. Matthew 24:9-10 and Revelation 7 are two examples of such prophecies. The Bible does not prophesy that all Christians will be prosecuted uniformly or at the same time. Indeed, in Revelation 2-3, that book’s prophecy about the latter days begins with Jesus Christ’s message to and evaluation of “the seven churches” which typify believers’ attitudes, doctrinal understandings, organizational practices and errors and the external circumstances in which they practice their faith. This prophecy clearly affirms that believers will be split into a wide variety of very-different denominations with very divergent practices and personal circumstances in the latter days. I’d like to focus on the “Smyrna” church in Revelation 2:8-11. Of all the churches, it is described as living in impoverished circumstances and being victimized by severe persecution and martyrdoms. These “Smyrna” conditions now affect Christians located in the map in the first link which shows where Christian persecutions and martyrdoms are now occurring. Notice that Christ doesn’t even mention their level of doctrinal understanding or whether they had a good organizational structure. He simply says: “I know your…poverty…Be faithful unto death and I will give you a crown of life.” This description definitely does not describe the condition of Christians in the western world, even though persecutions for the faith are increasing even in the western world. For an in-depth analysis re: what Jesus Christ says to modern Christendom in Revelation 2-3, please read my article, A New Look at the Seven Churches of Revelation. I think you may be surprised at how relevant this prophecy is concerning the modern denominations of the Christian churches.

As Leftist ideology permeates governments, authorities increasingly persecute Christians for practicing their religion or proclaiming it openly as in matters such as abortion, homosexual “marriage,” etc. Tyrannical political correctness is so bad in some nations that one can be labeled as committing a “hate crime” by preaching that the Bible condemns homosexuality (it always does) or as doing something wrong if, for example, a Christian-owned bake shop practices its owners’ Christian faith by refusing to bake a wedding cake for a “gay couple.” The US Constitution protects religious speech and practices, but Leftist jurisdictions are already trying to criminalize Christians exercising their legitimate Constitutional rights. It is my opinion that if Hillary Clinton had been elected president in the USA, persecutions of Christians in the the USA would have greatly increased and the government would be steadily trying to stamp out any vestiges of what has been called Judeo-Christian ethics and morality. Just because you, as a Christian, are not being persecuted where you currently live is no guarantee it will always be so. Christians should always heed the admonition of the Apostle Paul in I Timothy 3:2 that we pray that we will have national rulers and people in positions of authority that allow us to “live a peaceable life.”