Chinese Microchips Found to Have Secret “Back Doors” 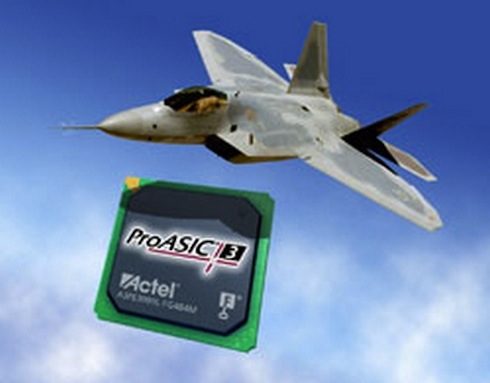 It has been discovered that the American military and civilian industries have been importing a Chinese-made microchip that has a “secret ‘back door’ ” that could be exploited whenever its makers desired to do so in a future war or crisis. If widely deployed throughout the USA’s military weaponry and its civilian infrastructure, these Chinese-made microchips could have their back-doors used by China to shut down US military and civilian technology. Indeed, China could hold hostage American policies by threatening to exploit this advantage unless the US government gave China what it wants.

The first link states that the infected microchips could be “shut off or reprogrammed without the user knowing,” and that they are “widely used in military and industrial applications.” It also cites what I regard as a very gullible source who thinks re:these Chinese-made microchips that a “malicious intent is unlikely.” Yeah, right… On the contrary, I think that there is little doubt the intent is malicious and planned from the beginning. Surely, there must be something in the writings of Sun-Tzu about deceiving one’s enemies to gain an advantage over them. China is simply applying that instruction.

In a future war, Chinese-made microchips could be hacked via their back-doors to shut down all kinds of critical US military and industrial equipment. This very scenario was predicted in a 2015 book, Ghost Fleet, by P.W. Singer and August Cole, a novel about a future war between China the USA. I recommend that readers of this blog check out how this book predicts a future such war could unfold.

The second link warns that Chinese cyber-spies could activate the back-doors in these infected microchips and “decipher military passcodes and…reprogram [them] to do their bidding,” and that they are “almost impossible to remove.” Think about the implications of that statement. This may mean that Chinese hackers could exploit these microchip back doors to possibly turn America’s weapons against American targets. How hard would it be to “reprogram,” via a surreptitious electronic back door, the guidance system of an American missile to have its targeting system accept a new GPS coordinate for a key US military base (or even the Congress building in Washington, DC) instead of its programmed original GPS target’s location? Or the infected microchips could instruct warheads and payloads to not activate upon reaching their targets. Perhaps they could reverse the IFF codes in warplanes to reverse what planes are recognized as “friends” or “foes” in an aerial dogfight, for instance. The theoretical possibilities for electronically hijacking computerized components to turn American/Western nations’ weapons systems against their own troops are almost limitless. This is an extremely serious matter. The third link reports that Chinese personnel at global trade fairs have given away these infected microchips to western businessmen as “gifts.” This raises more ominous possibilities. One does wonder if these tiny electronic “Trojan horses” can be pinged in a way that they can be tracked and targeted by Chinese intelligence agencies? If these businessmen and corporate officials were in vital positions or industries, could it be that these businessmen were given these “gifts” so they could be located electronically in the future and kidnapped or executed in a time of war to neutralize them? I’m sure western intelligence agencies could think of all kinds of nefarious applications that these infected microchips could perform in a future war or crisis.

Thankfully, this particular threat has been discovered and exposed. However, since so many high-tech products and components are made in China and sold all over the world to all nations, it begs the question: How many other Chinese electronic devices have all kinds of surveillance bugs or back doors built into them? Perhaps the simple answer is “All of them.”

As readers of my blog know, Ezekiel 38-39 prophesies that in the latter days, an alliance led by Russia, China and Iran will come into existence [this has been fulfilled already] and eventually launch a surprise attack against the gullible nations of the western alliance led by the USA, the European/NATO nations and all their global allies. Documentation for this assertion is found in my articles: The USA in Bible Prophecy, Are We Living in the Latter Days? and What Ezekiel 38-39 Reveals about a Future World War III. The discovery of the ingeniously infected Chinese microchips shows the Chinese are “playing for keeps” in preparing for a future war with the USA and its allies. I hope this revelation wakes up gullible American/Western militaries and their civilian counterparts to realize the dangers posed by doing business with Chinese suppliers. Now that they know Chinese suppliers have been duping them, perhaps military and civilian buying “specs” ought to require that all sensitive components of any kind be bought in the USA or in friendly Western nations in Europe, Israel, Japan, Taiwan, South Korea, India, etc. This report is a good reason to avoid buying electronic equipment from China.

I do hope someone has told America’s new president, Donald Trump, about the very critical risks posed by infected Chinese microchips that are now installed in US military weapons systems and major civilian infrastructures. I have no doubt he will appreciate the danger.