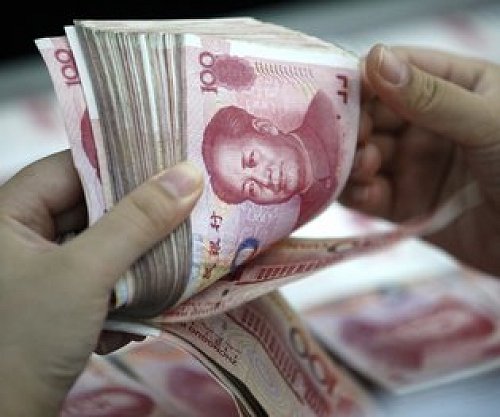 It has finally happened. It has long been predicted, feared and anticipated as an inevitable event. China’s currency, the Yuan/Renminbi, has been anointed with the status of a global reserve currency. The IMF conferred this status on the Chinese currency, which is the first time in decades that any new currency has been added to the “basket” of global reserve currencies recognized by the IMF. This is recognition by the IMF that China’s economy and currency has achieved the status of a global financial power.

This is a big victory for China, and it will enable many nations to hold China’s currency in their formal national reserves instead of the US Dollar, the Euro, the British Pound Sterling or the Japanese Yen. Many nations and corporations will also now be emboldened to conduct international trade and investment deals in the Chinese currency instead of the other four currencies already in the “basket” of global reserve currencies. The first link gives a detailed account of the IMF action, and it includes an interesting graphic charting how the IMF’s “Special Drawing Rights” are being altered in China’s favor. China’s currency will immediately constitute 11% of the IMF’s “basket” of global reserve currencies. That is, in my view, a very large initial position. It will, from the start, have a larger percentage of its currency in the IMF’s global “basket” of reserve currencies than either the British Pound Sterling or the Japanese Yen. China’s gain was primarily the Euro’s loss. The British Pound Sterling took a hit, and the Japanese yen went slightly downward. The US dollar’s share stays at 42% of the “basket’s” currency weighting. While the US dollar did not go down in the formal IMF’s valuation in terms of Special Drawing Rights, the US dollar could eventually end up being the biggest loser as more nations, corporations, hedge funds, investors dump the debt-based US dollar in favor of the asset-based Yuan.

The establishment financial media want to portray this tectonic global financial shift as “no big deal” (the second link is an example of such thinking). However, the third link offers an analysis that this is a major development which threatens the US dollar’s dominance of global finances. My own thinking coincides with the third link’s analysis.

The second link does make interesting observations. It acknowledges that other nations have found the US dollar’s global dominance in world finance to be “chaf[ing].” It also notes that China’s currency was given a dominant position among the global currencies even though China has not actually abided by IMF rules, and it labels the IMF as “almost useless” now that it has conferred such status on China’s currency. Do we detect a hint of a “sour grapes” reaction in this column concerning the IMF action? However, in what may prove to be a prescient observation, the writer states that the IMF is “driving another nail into the coffin of the multilateral institutions set up after World War II to help regulate and manage a global economy… (emphasis added).” That secular wording reminds me of the prophetic language found in Revelation 17-18 that the global financial/banking/monetary system of the world will collapse near the end of this current age and that a new global system, called the “beast” system in the Bible, will take its place. I think we have just seen a step in that direction with China’s currency attaining global reserve status. That China’s currency was given such a status even though it does not abide by all IMF rules indicates that considerable pressure was brought to bear behind the scenes to compel the IMF to take this action. I wonder what ultimatums or pressure was exerted by China on the IMF to compel it to confer global reserve currency status on China’s Yuan now. The third link may give us an insight into what might have happened.

The third link includes a commentary on China’s massive accumulation of gold. Why would China be accumulating massive amounts of gold unless it thought that gold would be the most valuable asset to own in future years? The link makes it evident that no one really knows how much gold is held by the Chinese government and central bank because it holds “several thousand tons of gold ‘off the books'” besides the small amount it officially acknowledges. One must also consider that besides the gold owned directly by the Chinese government and central bank, much gold (and silver) is also owned by Chinese private banks, corporations, hedge funds, private citizens, etc. China’s government could access all of that other Chinese-owned gold and silver as well if it chooses to do so. I wonder if China, impatient with the IMF delays in granting it currency reserve status, made it known to the IMF (and other major nations) that unless the IMF granted the Yuan such status, China would hasten the introduction of a new gold-, silver- and hard asset-backed Yuan and, when introduced, declare to the world that China’s currency was the only gold-backed currency on the globe and the only one which has intrinsic value as opposed to the mere fiat-based currencies in the IMF “club”? I wonder about that because that is what I would have done if I was playing China’s hand in the backrooms where global financial polices are really made and decided. If such an ultimatum was made, the IMF would have no choice but to swallow its own rules and grant China’s Yuan a global reserve status. If China made its Yuan backed by gold, silver and other hard assets and declared it to be the only such global reserve currency, it could threaten the legitimacy of all fiat currencies and upset the entire global financial system. If Russia and Iran also joined China in simultaneously declaring their currencies to be backed by hard assets as well, the price of gold, silver, etc. would likely skyrocket in all fiat currencies as the nations issuing them would come under pressure to back their currencies with gold and silver as well.

China also has a precious metals exchange. If China, in addition to making its currency hard asset-backed, also announced that: (A) it was establishing a new price for gold and silver in all fiat currencies, (B) that the new minimum price for gold would be $2400/ounce and $150/ounce for silver–honoring the historic 16-1 ratio between the two metals, (C) that its exchange would require all short-sellers in gold and silver to deposit, in advance, a like amount of physical gold and silver with their exchange before any such short sale would be honored, and (D) that it would no longer recognize the legitimacy of any futures market that did not have a similar provision, China could quickly tear down the pillars of the current global financial system. In other words, it could do exactly what Revelation 17-18 says will occur at some point in our prophetic times.

Keep in mind I’m not predicting the above scenario. It is just a possibility. Past posts have listed other possible triggers for fulfilling the prophesied collapse of the current global financial system. Add the above scenario to the list of what the possible defining event could be that fulfills Revelation 17-18. China and its currency have just taken a “Great Leap Forward,” to borrow a phrase from Chairman Mao. China has just gained a major victory in the behind-the-scenes currency wars, no matter how much the western media try to downplay it.

My thanks to a reader who emailed me one of these links!