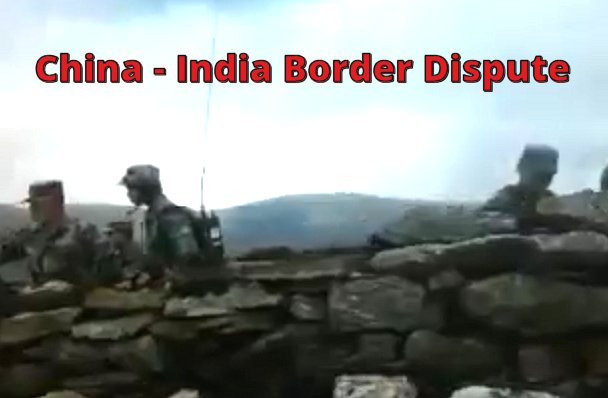 In a development all but ignored by the world press, China has provoked a border confrontation with India at their common border. The first link and second link report that the Chinese action of building a military surveillance tower at a disputed border region provoked this confrontation with India. As is noted in the first two links, China and India had a similar confrontation along their border about a year ago. India faces a combined threat from two nuclear-armed enemies: Pakistan and China. These two nations are preparing a stronger future alliance as they build an energy/military corridor between the Pakistani port of Gwadar on the Arabian Sea which will link Pakistan to China via a network of overland energy pipelines, railroads and highways which will be able to be used for either civilian or military purposes. I’ve posted on that topic before. That Pakistani-Chinese corridor is vital for China’s security as it will transport oil and vital materials via an overland route to China in the event of any war which would threaten the ability of China to import oil and other raw materials from Africa or the Persian Gulf via the Straits of Malacca or South China Sea. That China is building this key connection to Pakistan argues that China is already preparing for a future such war.

I doubt that this latest Indian-Chinese confrontation will lead to war, but it does focus India’s attention on the fact that it needs powerful and reliable allies of its own to counter China and Pakistan (you can increasingly add Russia to that list as Russia is China’s strategic ally). India has been deepening its ties to the Pacific Rim alliance led by Japan and other Asian nations threatened by the Chinese military build-up. India has also strengthened its ties to the USA, and increasingly, to Israel as well. The third link reports that India is hastening to purchase ten drones from Israel which can be armed with weaponry and which are capable of deep-penetration missions. The need for such drones has been made more evident by periodic military confrontations along India’s Chinese and Pakistani borders. This latest purchase of military equipment from Israel is the latest in a growing line of purchases from Israel by the Indian military. Indeed, in the near future, some missiles may be co-produced in both India and Israel. The growing military ties between India and Israel are detailed in the fourth link.

The deepening military ties between China and Pakistan are consistent with what my writings have predicted for years, based, not on any private revelation, but simply on applying the prophecy of Ezekiel 38-39 to our modern world without any denominational or personal bias. “Cush” is named as being in the Gog-Magog alliance in the latter days in Ezekiel 38:5. The King James Version of the Bible translates the word “Cush” as “Ethiopia,” but the Cushites are spread far more widely across the earth today than just in the horn of Africa region where they lived millennia ago. Indeed, the word “Kush” or “Cush” is most evident on modern maps in the Hindu Kush Mountains which lie in Pakistan and Afghanistan. This region is a stronghold of the fiercely anti-American/anti-western Taliban. Conversely, India’s drawing ever-closer, out of military necessity, to the USA, Japan and other Pacific Rim nations threatened by China is consistent with what I have expected for many years in my writings as I regard “Sheba and Dedan” in Ezekiel 38:13 as pointing primarily to India. A deeper analysis of these identifications can be found in my articles: Japan’s Role in Biblical Prophecy and What Ezekiel 38-39 Reveal about a Future World War III.