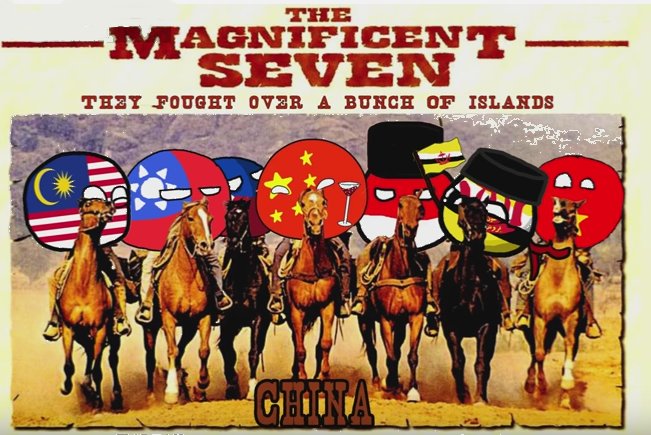 Previous posts here have reported that many nations in the Pacific Rim region have been steadily more angered by China’s warlike actions in the South China Sea. China’s construction of artificial islands and its building military bases on them strongly indicates that China intends to provoke a military confrontation in the region at some point in the future. Until now, the nation of Indonesia, which is well to the south of the contested South China Sea region, has been aloof from the growing conflict, and it has not joined the anti-Chinese alliance that is growing in the region. That has changed. China finally succeeded in making Indonesia angry enough to respond to Chinese aggressive actions.

The incident that provoked Indonesia was the intrusion of a Chinese fishing vessel well into Indonesian waters and the bellicose reaction of a Chinese coast guard ship when Indonesia attempted to protect its own maritime territory. This incident happened in a region around the Natuna Islands, which are very close to Indonesia and very far from China. Indonesia has responded in a military manner, sending air, sea and land units from its armed forces to defend its interests in the Natuna Islands region against future Chinese intrusions. The first link and second link describe this development. The second link uses some humor to make its point.

Indonesia has a large population. If its national military is added to the growing de-facto alliance against China that is taking shape in the Pacific Rim, it will considerably strengthen the anti-Chinese alliance. The nations which are gradually aligning together against China’s militaristic claims in the South China Sea include the USA, Japan, Taiwan, the Philippines, Singapore, Australia, India, Vietnam, etc.

Also, Japan is in an increasingly-tense relationship with China over China’s aggressive military actions in the South China Sea and competing claims in the East China Sea. Japan has been beefing-up its military forces, as previous posts have documented. Japan is taking an action to strengthen its ties with both the Philippines and Vietnam. The final link reports that a Japanese submarine and two other naval ships will visit the Philippines, and that two of these ships will also make a friendly port-of-call in Vietnam. It adds that the Philippines will lease five military aircraft from Japan.

China is acting in a manner which indicates that it is spoiling for a fight in the South China Sea region. If it continues to act in the warlike manner it has pursued, it is likely only a matter of time until it gets that fight.

These developments are completely consistent with the viewpoint on biblical prophecy that I’ve extensively detailed in two articles: What Ezekiel 38-39 Reveals about a Future World War III and Japan’s Role in Biblical Prophecy. If you have not read those articles, I urge you to do so. In them, I document that biblical prophecy, approximately 2500 years ago, predicted modern events and alliances in Asia and the Pacific Rim region that would occur in the “latter days” of our current human age. Another article that would be very useful for new readers to review is, Are We Living in the Biblical Latter Days? That article very substantially confirms that modern and recent world events have specifically fulfilled ancient biblical prophecies about what would occur in the “latter days” of our age. Only a Divine Creator Being could inspire biblical prophecies millennia ago and bring them to pass in our time. Indeed, God issues a challenge to everyone to see his ability to fulfill biblical prophecies as proof of his reality and sovereignty (Isaiah 41:21-26). As you will see in the these articles, God is implementing his latter-day prophecies in our time.

My thanks to a reader who alerted me to the story about Indonesia’s confrontation with Japan.