CHINA APPEARS TO BE PUSHING FOR WAR OVER TAIWAN 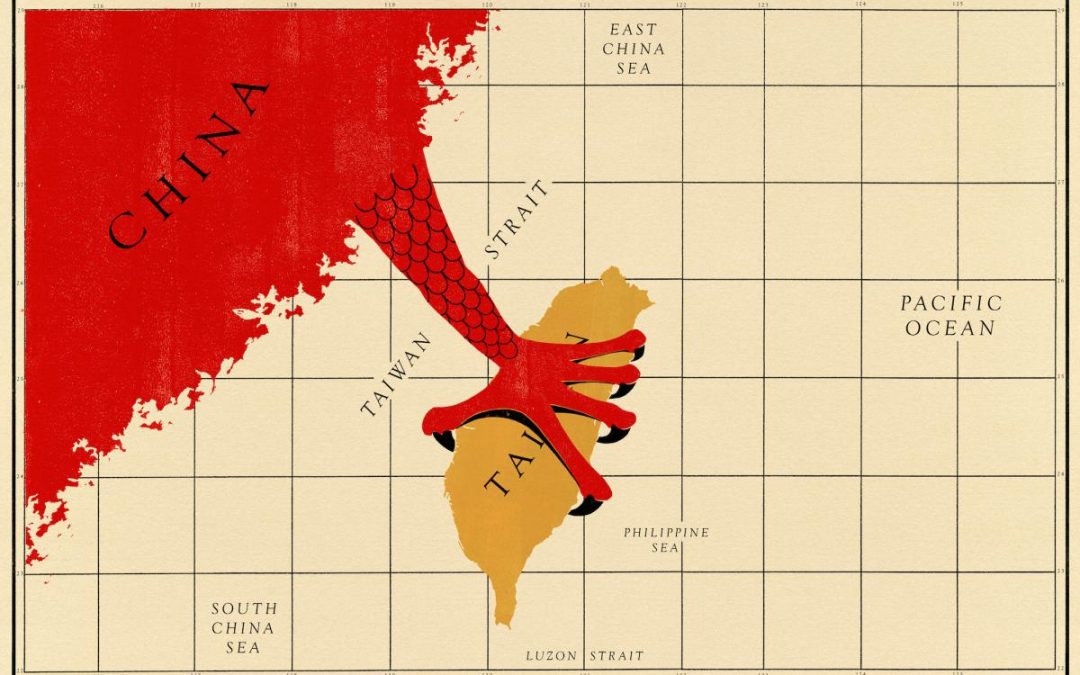 Major events may be about to unfold right in front of our eyes. We do not know for sure, of course, but many media sources are warning that we could be heading for major crises in the time immediately ahead of us. In this post, I’m going to do an updated analysis of the danger that China may be about to invade Taiwan. It will also include a possible tie-in to the Russian standoff with the Ukraine.

First, let’s look at the Taiwan situation. Taiwan has just received very strong support and encouragement from a powerful ally…and it is not the USA. The first link, from Reuters, offers considerable detail about a public statement issued by former Japanese Shinzo Abe, who is still a powerful figure in Japan’s governing political party. While speaking to a virtual audience organized by a Taiwanese group, Abe stressed that Japan and the USA must support Taiwan, and is quoted as saying “Japan and Taiwan must work together to protect freedom and democracy.” Abe’s statement is the strongest indication so far that Japan will militarily intervene if China attacks Taiwan. Abe’s statement strongly inferred the USA would join Japan in any such effort. Although he is not now Prime Minister, Abe remains a strong force within the governing party in Japan and there is no way Abe would have made such statements unless they were approved beforehand by the Japanese government.
I believe that if China attacked Japan, both the USA and Japan would try to limit their intervention in the war to the Taiwan Strait region where Chinese ships would be transporting Chinese soldiers to invade Taiwan. A large aerial war would occur as well between those attacking and those defending Taiwan. Knowing that all soldiers being transported across the Taiwan Strait in transports are very vulnerable, China would surely begin its invasion by dropping large numbers of paratroopers to seize key targets in Taiwan and sabotage Taiwan’s military bases and infrastructures as quickly as possible. This is the same strategy used by the Allies to hit German defenses by paratroopers just before Allied troops landed at Normandy. I think China would attempt to win the war with a single very hard first stroke before Japan and the USA could respond. Taiwan, Japan and the USA need to realize this and have their defensive actions ready to be activated on a “hair-trigger” basis.
Besides wanting to force Taiwan to submit to Communist Party rule, China easily could see taking Taiwan as a way to dominate the world. How is that possible? There is an easy answer: computer chips. Taiwan produces an astronomical 63% of the world’s computer chips (second link), and China could control global commerce by controlling the world’s supply of computer chips. If China controls the world’s computer chip supply, all nations will gradually slip under Chinese domination due to their dependence on Chinese computer chips. Obviously, the world cannot permit that to happen. As you can see, there is vastly more at stake than just the future of Taiwan.

Various nations are conducting naval exercises in the Indo-Pacific region. A large naval exercise took place featuring warships from Japan, the USA, Australia, Canada and (for the first time) Germany (third link). That link also discusses joint USA-Malaysian naval exercises in the Strait of Molucca region, a major choke point though which a large percentage of global trade is transported.  It also mentions the Russian and Chinese navies have also conducted similar naval exercises in the Indo-Pacific region. The fourth link includes a photograph of the participating warships in the naval maneuvers near Japan and adds that 35 warships participated in that exercise. That is a large contingent of warships, and the photograph shows American and Japanese aircraft carriers leading the naval group (Japan calls its carriers “Helicopter Destroyers”). In another regional military development, South Korea has committed funds to build its own aircraft carrier (fifth link).
The American public is now very much aware of the threat from China (sixth link), and both American political parties have championed Taiwanese freedom from China. There is, no doubt, a heightened risk of China invading Taiwan with Joe Biden in the White House. China watched the extremely cowardly way that Biden withdrew all American forces from Afghanistan in an all-out disorganized retreat. Biden’s retreat was so panicky that he surrendered a breathtaking amount of US military equipment to the Taliban. The seventh link details the list and notes that the value of the surrendered American military equipment is far larger than the annual military budgets of many major nations! The leaders of China and Russia are looking at this act which must be one of the most cowardly acts in the history of American presidents and wondering: “Why should we be afraid of the USA as long as Biden is president?” Indeed, a crisis far worse than just a Chinese invasion of Taiwan might occur. I was listening to a panel discussion on Fox News recently, and one panelist wondered aloud that to take advantage of Biden’s weakness, Russia might invade the Ukraine simultaneously with China attacking Taiwan. That would precipitate two large regional wars at once if that occurred.
It is never discussed in the media, but Russia and China both need a regional war to give their forces actual combat experience and China especially needs to “field test” their new weaponry to see if it works against Western technology. China has a large army, but it has never seen combat. China’s army is composed of impressive “parade troops,” but how will they perform if many of their comrades are dying all around them? China cannot launch a World War III to achieve global dominion until it knows for sure that its military forces and equipment will work as well as they hope under actual lethal combat conditions. To do this, China could provoke a regional war in the South China Sea, in Taiwan, the Korean Peninsula or any combination of these options. The USA needs to realize that Chinese subs will be trying to sink all American warships coming from North America to help defend Taiwan if war erupts. China also should be pointedly told through back-channels that its Three Gorges Dam and many other critically-important domestic infrastructures will never be allowed to survive a regional war. There is a great deal at stake right now in current global confrontations. Russia and China have firm nationalist leaders. America does not. Because of Biden’s glaringly-obvious weakness in Afghanistan, America has lost a lot of military equipment and has almost no “soft power” left. It is a very dangerous time. Russia and China would much rather have a major regional war with the USA and its allies now with a weak leader in the White House than wait until after the next US presidential election when a strong American leader might again be elected.
As long-time readers know, this all has profound implications vis-à-vis biblical prophecies, which foretell that an alliance of Russia, China, Iran and its allies will attack the USA, NATO and its global allies in the latter days of our current age. These realities are examined in my free articles, Are We Living in the Biblical Latter Days?, What Ezekiel 38-39 Reveal about a Future World War III, and Japan’s Role in Biblical Prophecy. My current understanding of prophecy is that a regional war between the Gog-Magog alliance and the Western allies is more likely that a World War III, but perhaps we really are closer to the end of the age than we realize. If a major regional war erupts, there will almost surely be severe shortages of many items. Many consumer goods bought by western consumers are made in China, and those goods will stop coming if a big regional war erupts. If a major war erupts, chaos will also break out in global finance. China could easily nationalize all western production facilities in China, and the USA and the West could easily nationalize all properties and assets owned by China and Chinese investors in western nations.

Since the above types of wars are very possible and are currently being talked about openly in global media, I hope that readers of this post are nearly finished with their essential personal/family preparations for such a time of crisis that might erupt suddenly in the foreseeable future. If such wars do break out, remember to pray for the well-being of our military men and women in uniform!