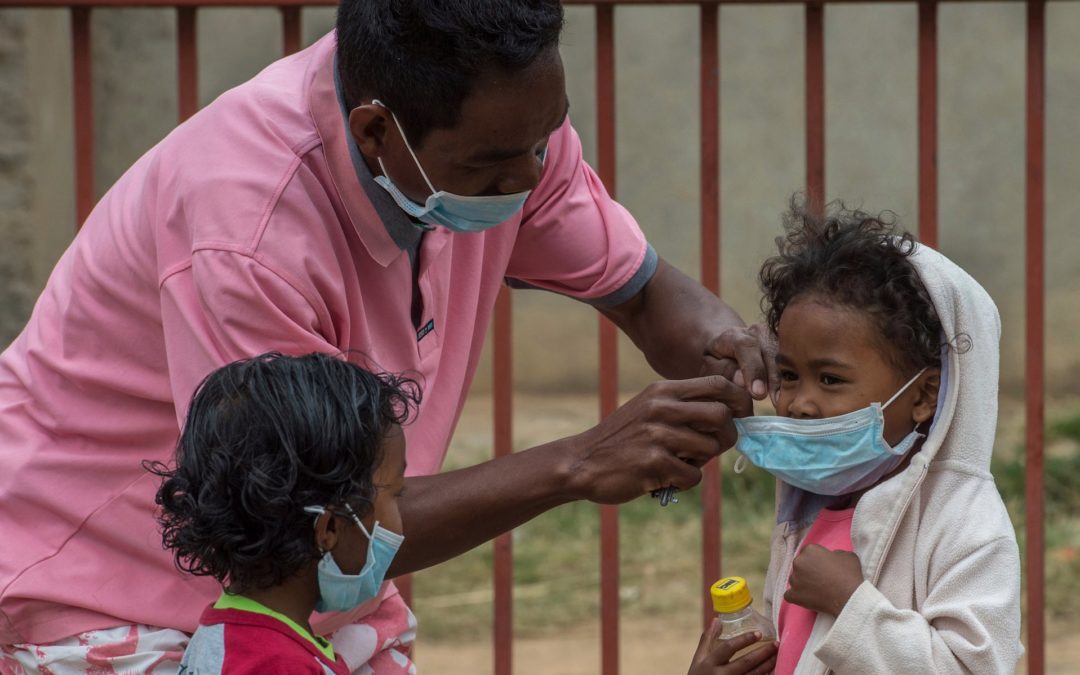 This post is to alert readers that there is an outbreak of the Bubonic Plague on the island of Madagascar just off the southeast coast of Africa. The first link and second link offer details about this outbreak of the Plague, which is particularly dangerous because it is the variety of the disease which can be spread via aerosolized pathways (sneezing, breathing, etc.). The links note that while this island harbors the disease on an annual basis, this outbreak is usually contained in outer villages. This time the disease is already present in the two largest metro areas on the island. Based on tallies so far recorded, it appears that the death total will be in the hundreds and infections will be in the thousands–that is if the outbreak can be contained.

However, the World Health Organization(WHO) is warning nine other nations in southeast Africa to look for the disease in their nations as well (see map in second link). The efforts by the WHO to contain the outbreak are listed in the links. However, the disease has begun to spread outside Madagascar already. The second link reports that a case of the plague was suspected in the Seychelles island chain, and the third link reports the plague has spread to both the Seychelles and Mauritius. Given that it is spreading elsewhere already, it would be a surprise if it does not spread to additional nations. The third link adds that these locations are popular vacation sites for British tourists, and, doubtless, tourists from other nations will fly there also.

Given the ease of global airline travel, it is very hard to contain a major outbreak of the Plague, Ebola, etc. It is possible that some people were exposed to the Plague in Madagascar and brought it back to their home nations before the Plague outbreak was even diagnosed. If the Plague gets diagnosed in the developed world, expect quarantines and travel bans to be put into place. We will simply have to wait to see how widely this outbreak spreads. If any readers are considering plans to travel to the African regions mentioned in the links, you may want to take the information in the links into consideration.

Christians have long known that Matthew 24 contains a prophecy by Jesus Christ about the conditions and events that would occur in the latter days just before his return. Verse 7 of that prophecy indicates “pestilences” will be one of the signs that the latter days are present. Some have seen the “pale horse” of Revelation 6:7-8 as a reference to a plague that will spread across the earth in the latter days.

It is too soon to be alarmist about the outbreak of the Plague in southeast African regions in terms of a biblical significance. As noted above and in the links, the Plague is endemic to the island of Madagascar. One link notes that occasional cases are reported in the American Southwestern states as well. However, it behooves us to carefully watch these outbreaks of very contagious and lethal diseases to see how rapidly and how far they spread. When the Spanish Flu emerged and spread globally in a short time during 1918-19, it infected approximately one-half billion people and killed an estimated 20-50 million of those infected (fourth link). What is different about our times; however, is that there was no one intentionally spreading the Spanish Flu in 1918-19. Today we have global terrorist organizations with lots of funds and they could attempt to expand such outbreaks as the current one in southeast Africa to the entire world. Indeed, in a time when the term “suicide bomber” has entered our vocabulary, adherents of terrorist ideologies could deliberately expose themselves to the disease and travel via air, sea and ground to expose as many people as possible in as short a time as possible before they, themselves, expire. We do live in “perilous times” as the Apostle Paul prophesied would be the case in the latter days (II Timothy 3:1). The threat of bio-terrorism makes every outbreak of a deadly disease especially dangerous

The final link warns about the possible use of the Plague disease as a biological weapon. That article was written well before the Bubonic Plague outbreak in Madagascar and was based on the detection of two cases of the Bubonic Plague that were diagnosed in the American state of New Mexico. Think of the opportunities for spreading this plague globally when terrorists now have thousands of infected people to draw upon in southeast Africa.

I wonder what the incubation period is for the Bubonic Plague? Given the large numbers of people who must have flown into, from or through the island of Madagascar in recent months, some may have already carried it to their home nations. Some could even be sick with this disease and not know they have it. Personally, I hope this outbreak burns itself out quickly, but we should all watch its spread in the coming months very carefully.

My thanks to a reader for sending one of the links.