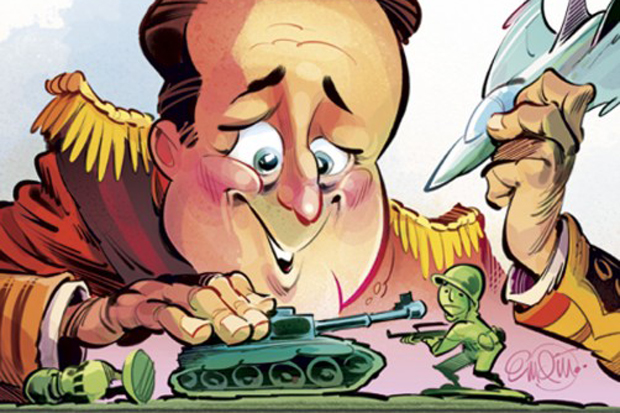 There are further revelations coming out that NATO has become a hollowed-out military alliance that would be hard-pressed to defend itself in any future war. The first link includes reports by British military leaders that NATO is in a dangerously weakened position vis-à-vis the Russian military. It includes links on new Russian weapons, but it also notes that the Russians have developed a means of electronically hijacking NATO’s drones. This is quite serious and implies an even greater danger. If Russia can “hack” electronically into NATO drones, it infers that Russia can “take over” the hijacked NATO drones and convert them into Russian-controlled drones. Indeed, virtually all major weaponry is now reliant upon digital/electronic control mechanisms and software. If Russia can hack into and control NATO drones, can they also hack into the control mechanisms of NATO warplanes, warships and other major weapons platforms? You can be sure that Russia will not stop at merely hacking into drones. If it can do that successfully, why wouldn’t it proceed to develop the means to hijack all major NATO weapons systems? If any military force can hack into an opponent’s IFF (Identification friend or Foe) software, it could literally reverse the IFF codes and reprogram any weapons system to attack its friendly forces instead of enemy forces because it can no longer differentiate what is friendly or unfriendly. This is very serious.

The second link includes warnings from British sources that the UK has so long neglected its military forces that it is no longer capable of fighting a major war. This is of great concern because the British are reputed to be among the better-armed nations within the NATO alliance. If even Britain can no longer fight a major war, where does that leave the other European nations of NATO? The second link also notes the British military has been so weakened that it has no maritime patrol planes and has to borrow one from the French for such a mission. The UK is building two very respectable large aircraft carriers, but the link poses the question of whether the British Navy can even find the sailors to crew the ships.

The gross neglect by European NATO nations of their military forces has been a serious problem for many years. The third link makes this point clear. It includes warnings by NATO military leader that NATO needs to beef-up its military spending to have credible military forces. Notice the date on that link. It is 2005. This confirms that the NATO nations have lived in a Fool’s Paradise for many years– deluding themselves into thinking there will never be the need to fight a major, all-out war. The political leaders of Europe’s NATO nations have long grossly neglected the military needs of their nations for self-defense. The fourth link was included in a recent post, but I’ve added it below as it fits perfectly with the topic of this post. It further documents just how badly the NATO nations have weakened themselves.

It seems evident that European NATO nations have had a strategy that they can choose to neglect their own militaries because the USA will always ride to their rescue if there is an invasion or a major war. That can no longer be taken for granted. The USA, under Presidents Bush and Obama, have both overused and downsized the US military to where it is only a shadow of its old size. Obama has especially weakened the military and downsized the military service branches. If Hillary Clinton is elected in 2016, she can be expected to continue Obama’s policy of disarming the US military. If Donald Trump is elected, he is on record of questioning why the US should spend its blood and wealth to defend European nations who aren’t even willing to make an effort to defend themselves. The US military has plenty of problems of its own. For example, the US Air Force is at risk of not having enough trained fighter pilots to operate its current warplanes, much less any future ones (fifth link).

As long-time readers of this blog know, Ezekiel 38-39 warn that a very large, all-out global World War III is not only possible but is foretold in this prophecy to be a certainty. This Bible prophecy, penned approximately 2500 years ago, very accurately foretold the eastern and western alliances of the modern world and specified they would come into existence at the very end of our age in a period of time called “the latter days” just prior to the Second Coming of Jesus Christ (Revelation 19:11-20:3) which would occur to stop mankind from annihilating itself (Matthew 24:3, 21-22) and to set up the Messianic/Millennial kingdom on earth (Revelation 20:4). Ezekiel 38-39 does not mention Jesus Christ’s return, of course, but it does prophesy about a Divine intervention that will climax a final age-ending global war and set up a divine kingdom on earth. We Christians see that as an Old Testament parallel to Revelation 19-20.

If you have not yet read my article, What Ezekiel 38-39 Reveal about a Future World War III, I urge you to do so as it is being fulfilled in our modern geopolitics. Russia, China and Iran (the Gog-Magog alliance prophesied in Ezekiel 38) are modernizing and expanding their military forces to prepare for global war. The western world, led by the modern nations of the ten tribes of Israel, is “asleep at the switch” and blinded to the real dangers staring them in the face. It is a longstanding principle of global geopolitics that weakness invites attacks from other nations. That is exactly what is now occurring between the western “paper tiger” alliance of NATO and the increasing militarism of the eastern bloc. The locations of the modern nations descended from the migrating ten tribes of Israel can be easily proven by ordering my printed books or my E-book on this topic and/or by listening to my free audio messages on this topic which were given to live audiences. Most of the world is completely ignorant of the reality of the ten tribes being present among the world’s major nations, but there is no reason why you cannot know this critical piece of information. Genesis 49 and Revelation 7 both prophesy the ten tribes will be present among the nations in the latter days. My books and audio messages will show how easy it is to identify many of them.

My thanks to a reader for drawing my attention to one of these links.