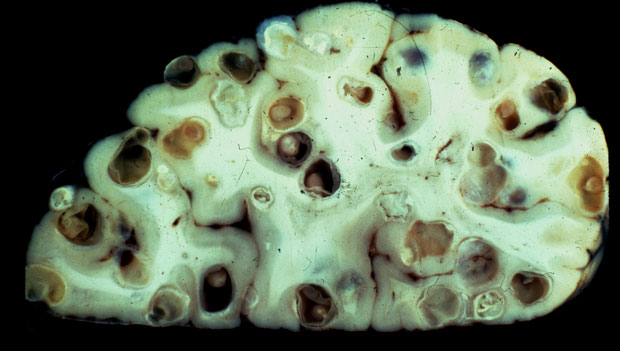 When God gave the Ten Commandments and the entire Torah to the ancient tribes of Israel at Mt. Sinai after he brought them out of Egypt, one of the aspects of his Torah revelation was that the Israelite tribes should not eat certain types of birds, animals and sea-dwelling creatures. God gave this list to Moses and, as the Creator of mankind, God would know what types of food were optimal for human health and what kinds would pose risks. In giving his instructions on proper meats for dietary consumption, God was not being a “control freak” nor was he trying to impose his will on them. God was revealing knowledge to them, key information that was not generally discernibly to human beings at that time. God was giving them “inside knowledge” so their lives would be healthier.

There is no question that all through the Old Testament times and into the time of Jesus Christ, these dietary laws were in effect and commanded to the Israelite tribes and all other people who wanted to obey the Creator God of Israel. Early Christians observed these dietary laws as well. Modern Christians mistakenly think that a passage in the New Testament “does away with” the dietary laws and gives people permission to eat anything that flies, swims, crawls, walks or slithers. Nothing could be further from the truth. In this post, we will examine the New Testament scripture that gave Christians that impression and also examine new findings from modern science that confirm God knew what he was talking about when he gave the dietary laws to Moses for the Israelites’ observance.

The New Testament scripture in question is I Timothy 4:4. It states that “every creature is good and nothing to be refused, if it be received with thanksgiving: for it is sanctified by the Word of God (emphasis added).” People tend to read this superficially and think Paul mean that anything was fit to eat. A literal examination of that scripture shows the exact opposite. Paul was affirming the dietary laws of Leviticus 11 and Deuteronomy 14. In some of Paul’s epistles, Paul had to address the subject of vegetarianism–that all animal flesh should not be eaten. In I Timothy 4:4, Paul is defending the right of believers to ignore vegetarians’ teachings (see I Timothy 4:3) and continue to eat meats that were “sanctified by the word of God.” What was the “word of God” then? That answer is easy. None of the New Testament books were yet canonized and would not be for a long time. The only “word of God” at that time was the Tanakh–the Old Testament. By stating that the word of God revealed what meats were sanctified by God as acceptable foods, Paul was referencing the meat lists in Leviticus 11 and Deuteronomy 14. Nothing could be plainer.

Now modern science has revealed facts that were unavailable to the ancient Israelites and to all ancient civilizations. The two links are both from mainstream media sources, and they document that there are millions of people whose brains have been infested by tapeworms as a result of those people eating pork products. The first link estimates that there are 11-29 million people who are affected by brain tapeworms in Latin America alone! No estimate was offered regarding how many more tens of millions are affected in Asia, Africa and the rest of the world. The first link also reveals that one does not need to eat pig tissues to get these tapeworms (a technical discussion of how they infect human brains as larvae is found in the articles in the links). One can also get these brain worms by eating food prepared by a food handler who handled pork and did not wash his/her hands before preparing your food. The second link also relates that while eating pork is the primary cause of this condition, one can also get infested with these brain tapeworms via swimming in infected waters and via some other avenues.

Years ago, I did a post that discussed this topic and it included a link to a live brain surgery where a pork-caused worm was pulled out of a patient’s brain by a surgeon. I do not know if that video is still accessible. The first link is from three years ago, but the second one is from earlier this year. It is a graphic video segment as it shows the worm that was slowing eating the patient’s brain and causing neurological deficits.

The first link discusses possible drug treatments to kill tapeworms in the brains of infected people, but there is a much simpler, preventive action you can take to prevent this condition. Just as one avoids the cancers and debilitating conditions of smoking by refusing to smoke, one can all but eliminate the risk of getting these brain worms by reading labels and abstaining from eating pork products. If you are at a sandwich shop, you also would need to ask servers to change their sanitary gloves and clean the meat-cutting machines (if there is one) to be sure you don’t get pork residues.

In other words, one can avoid many evil brain and neurological problems (tapeworms, seizures, paralysis, dementia, etc.) simply by obeying God’s instructions in Leviticus 11 and Deuteronomy 14. I urge you to read those chapters, which have essentially the same content. God’s revelation to the ancient Israelites about dietary safety rules apply to many more types of meats than pork. These chapters list how to tell what types of creatures are safe to eat and what kinds are not. Basically, after reading these chapters, I concluded that there was a simple rule of thumb: “if an animal, bird or sea-creature eats dead things, carrion and road kill, it is not on God’s list of permitted food. There is logic to this rule. Pigs, crows, ravens, vultures, wolves, bears, hyenas, shellfish, etc. eat dead things with rotting flesh. They are God’s living “garbage cans” to clean up the landscape and recycle organic material. God was sharing with the ancient Israelites key knowledge that only the Creator of all life would know. The fact that modern science has now proven that there is a scientific basis for the dietary meat laws given by God acts to confirm the accuracy and inspiration of the Bible. When these dietary laws were given to Moses circa 1410 BC, no one could have scientifically known what can now be known today via sophisticated instruments and technologies. The Bible was about 34 centuries ahead of its time. God gave the ancient Israelites the biblical dietary laws to reveal to them hidden knowledge they couldn’t have possibly known otherwise–he was giving them those laws for their own good!

I also urge you to read my free article, The Bible Diet. It examines this subject in far greater depth and includes a list of documented endnotes. Personally, I should also acknowledge that I do “practice what I preach.” I’ve observed the biblical meat laws for the last 45 years. Isaiah 66, a prophetic chapter about the Messianic/Millennial Age, also foretells that all mankind will not be allowed to disobey the biblical dietary laws (verse 17) during that future time of Divine rule.

My thanks to a friend who brought this item to my attention.