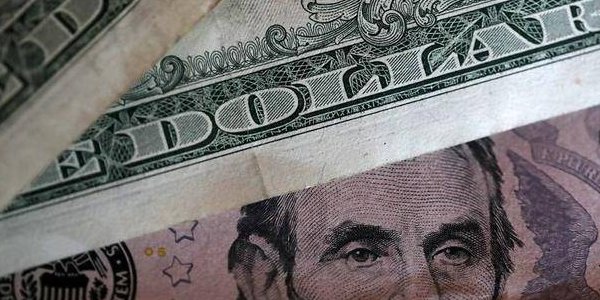 The powerful Bank of International Settlements (BIS) has revealed that global banks are using a financial trick to hide approximately $14 trillion in offshore US dollar-denominated debt. The first link and second link offer technical descriptions of how these debts are buried in footnoted notations on banks’ financial statements. I’m no accountant so I will not attempt to offer an expert description of how this financial game is being played. Undoubtedly, those readers who are in the financial and accounting fields will understand the particulars of this matter better than I can describe it, so I refer readers to the first two links for the details of this surprising development. Apparently, there is $14 trillion of US dollar-denominated debt that banks are liable for, but this debt is not appearing on the balance sheets of the banks owing this debt. This would mean that regulators, investors and shareholder have been denied insights into the real extent of the debt exposures of the banks involved.

The fact that there are trillions of dollars in debts that have been hidden from public view is remarkable. It means that the global financial/banking system is far more precarious than was realized before the BIS revealed this new mountain of hidden debt. The revelation of this huge, previously-concealed debt by the BIS begs two vital questions. The first question is: If $14 trillion of US-dollar denominated debt has been hidden via this financial reporting trick, how many more trillions of global debt is also being hidden in Euro-, Yen-, and Pound Sterling-denominated debt? I highly doubt that such debts are only being hidden by the banking/financial system in US dollar instruments. This financial debt-concealment “game” can be played by banks and financial institutions all over the world potentially in any currency. This means that there could be far more than $14 trillion in previously-concealed debts in the global financial markets. The third link offers many more links with reports about this BIS revelation, and they contain varying degrees of technical explanations.

The second question that is begged is: Why did the BIS choose to reveal this hidden debt at this time, and why did the BIS only reveal the concealed debt that is denominated in US dollars but not denominated in other global currencies? I only ask these questions that do come to mind. All readers are free to deduce whatever motives the BIS had for its actions on these questions.

This could have far-reaching biblical implications. Revelation 17-18 reveal that at the end of our current age, the global financial/monetary system will experience a systemic meltdown which will lead to a hiatus in global trade and commerce until a new world system (called “the beast” in biblical prophetic terminology) emerges which will impose a new global financial/monetary system on world consumers. Revelation 17:7-18 reveal that a cryptic global alliance (the “seven heads and ten horns”) will make war on the current system (called”Babylon the Great”) and overthrow it in a manner which implies a rather violent overthrow. In Revelation 17, Babylon the Great is also called the Great Whore, and verse 16 prophesies the ten horns will overthrow Babylon the Great in the following language: “And the ten horns which you saw upon the beast, these shall hate the whore, and shall make her desolate, and naked, and shall eat her flesh, and burn her with fire.” Keep in mind we are reading metaphorical language in this verse. In real-world terms, this could mean that the beast system’s ten horns (whatever nations or entities they are) will destroy Babylon the Great’s global dominance in a way which lays bare all its insider corruptions, seizes and redistributes all its assets and destroys it so effectively that Babylon the Great’s system will never rise again. Clearly, the Bible prophesies a global struggle will occur between two financial/monetary blocs at the end of our age. The reigning bloc is fated to lose this struggle and be overthrown by a new system. Revelation 13:1-5 reveals that this new global “beast” system will last only 42 months. It will, itself, be violently overthrown by the return of Jesus Christ at the head of an army of spirit beings (resurrected saints and angels) that will govern under Jesus Christ in a 1,000 year utopian reign on earth (Revelation 19:11-20:5).

I may be wrong, of course, but I think that much of this end-time struggle between the two blocs will occur behind-the-scenes away from public view. The revelation by the BIS that vast sums of global debt is being hidden via accounting tricks may be an example of this behind-the-scenes struggle coming somewhat into the open. When the final downfall of the current Babylon the Great system occurs, Revelation 18 reveals that its downfall will come suddenly. Indeed, Revelation 18: 10, 17 and 19 all state this downfall will occur in “one hour.” This could never have taken place in human history without today’s modern digitally-interconnected markets. However, a global “flash crash” can now be triggered in some market which spreads quickly to other digitally-connected markets in a manner which causes the entire global system of world finance to crash, literally, in one hour.

This author will make no predictions regarding when this prophesied crash will occur or what the ultimate event will be that triggers the crash, but it is clearly drawing nearer. For more detailed examination of Biblical prophecies about this future catastrophic event and why the modern system of world finance is called “Babylon the Great” in the book of Revelation, please read my articles: Is Babylon the Great about to Fall…Ushering in a New Beast System?  and The Babylonian Origin of the Modern Banking System. I think you will find in these two articles that the Bible has a very accurate description of the modern global financial system.