BIG BUSINESSES WANT TO HIDE WHAT THEY IMPORT TO THE USA…WHY? 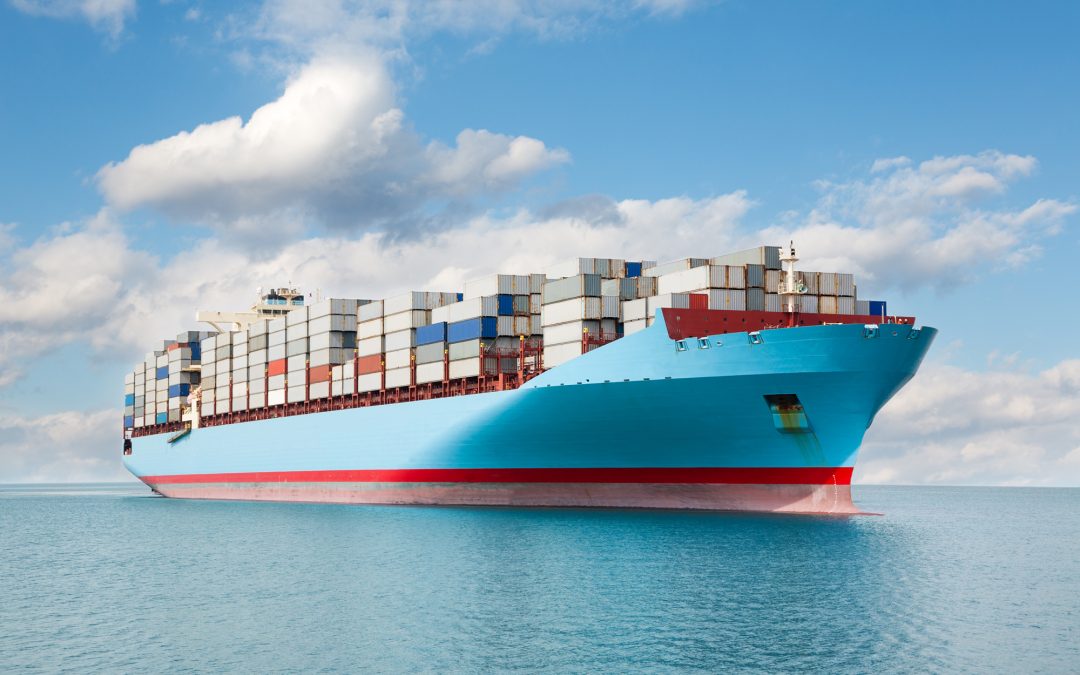 A couple days ago, I read an article in the October 18, 2022 issue of the Minneapolis Star-Tribune which really grabbed my attention. It revealed a plan by Big Business do do something huge secretly, but the media got wind of it and the story was picked up by many media outlets. The article also appears in the first link and second link. I’ve also included a third link which is a menu of Google options to review about this same story. The incredible story in these reports does not come from “fringe” media outlets but rather from mainstream media sources.

Some of the Big Businesses involved in this scheme include Walmart, General Motors and Intel, so the culprits in this story are very large corporations, indeed. The scheme that was revealed is: Big Businesses want the US government to allow them to hide what they are importing or shipping into the USA via cargo vessels. They want this done by suppressing access to cargo vessel shipping manifests. The Big Businesses want the US Government to make it legal for the huge importers to conceal what it is they are bringing into the USA. This sounds entirely nefarious; I can’t think of any legitimate reason for such massive secrecy.

The articles cited portray the nefarious intent of these Big Businesses to hide from scrutiny the shipments they import that were made with illegal slave labor, child labor, etc. The articles cite examples of tracing and exposing imports made with the labors of oppressed Uyghurs in China for example. Child-labor and slave labor in Africa or Asia are also cited. This has the ring of truth to it, and it is understandable why profit-addicted Big Businesses would want to hide the fact that they are making huge profits that cost them almost nothing to make or obtain. However, I think the potential ramifications of making cargo manifests secret could hide far more nefarious activities if such a bizarre secrecy law was ever enacted.

If Big Businesses succeed in duping Congress to pass a law that hides all cargo being imported into the USA, think of the very dangerous possibilities. Such a law would be a drug-smuggler’s dream. Illegal drugs or the compounds to make illegal drugs would be shielded from scrutiny. Many media reports have revealed that much of the illegal and very dangerous fentanyl being smuggled into the USA is made in China and and transits via Mexico. The entire illegal drug industry is surely very thankful to President Biden for his “open borders” policy on the US-Mexican border. Other evil-intentioned shippers could use such a secrecy shield to hide the fact that they are involved with human-trafficking and child-trafficking. The illegal sex trade would love to be able to hide whoever and whatever they are bringing into the USA. Illegal arms merchants would love to have a law in place that hides all the weapons they could smuggle into the USA. Indeed, a law that hides all products and people coming into America could greatly help China’s plans to dominate or destroy the USA. China could covertly ship battalions of its agents into the USA without mentioning them on ship manifest and they could ship weaponry for such sleeper cells via other vessels. Terrorists would love this law desired by Walmart, General Motors, Intel, etc. because they could ship in weapons, explosives and perhaps even actual or “dirty” nuclear weapons to be used in terrorist attacks within the USA. It is also known that there are laws penalizing firms which use sophisticated Chinese technology in a variety of industry groups. A law that hid illegal shipments of Chinese technology would be loved by those in various digital and high-tech fields.

It is not clear if any such secrecy law would permit government agencies to inspect cargoes even if media and public groups are denied access to what items cargo vessels are bringing to the USA.  If government agencies alone can see the true cargo manifests, it still makes it far easier for illegal shippers to import dangerous cargoes into the USA as they only have to blackmail or bribe a limited number of officials to keep their illicit activities secret. The articles cite reactions by industry observers as calling this proposal “outrageous” or that Corporate America should be ashamed…” It is noted that rail, truck and air cargoes already have secrecy provisions, but all those modes of transport together are a tiny bit of international shipments. Trucks and railroads only ship domestic loads after the international cargoes have been brought in on cargo ships. Airplanes can only handle small tonnages. Being able to hide what is in the cargo holds of all merchant vessels poses a clear security threat to the USA.

I suspect that the Big Businesses supporting this dangerous proposal did not dream that their desire to hide their cargoes from scrutiny would be made public. The articles indicate they tried to  get this “secrecy” law passed via a private industry group lobbying the government. If this secrecy law sounds like a dangerous or bad idea to you, I urge you to contact your congressional representatives to stop this proposal before it becomes law. It is not clear if this risky proposal has yet been introduced as a formal bill in Congress, but the time to stop really bad ideas like this one is to contact those in Congress to oppose it as soon as possible before such ideas get a momentum of their own. I have already taken such action.

There is a possible way that this very ill-advised piece of proposed legislation could factor into the fulfillment of a biblical prophecy. Revelation 17-18 relate details of a great collapse of a global “insider” power structure that controls world commerce, politics and finance in the latter days. It is called “Babylon the Great” and it is described as a corrupt alliance of “the kings of the earth” [human political governments] and “the merchants of the earth” [global, multi-national corporations]. Revelation 18:3-4 foretells that corrupt people inside both groups would become very rich through all kinds of sinful activities. Revelation 18 has language that indicates that a major city of the corrupt global system will be a port city, and a major trading hub for all kinds of products and services (verses 17-19). Therefore, it also has to be a major financial center. This prophecy states that a massive disaster will destroy this city “in one hour” (verses 10, 17 and 19) which will leave it under a huge cloud of smoke (verse 8). Cargo vessels and ships of all kinds will pull out to sea to be “afar off” from the flames, smoke, etc. (verse 17) Why do they have to be “afar off,” not just far enough to get away from the smoke cloud? Could it be that the smoke and debris are radioactive? It wouldn’t be hard for an enemy nation or terrorists to place a nuclear device in a merchant ship and detonate it while it was at a pier waiting to be unloaded.

John wrote what he saw in this vision of the latter days, but he had to describe what he saw in a low-tech vocabulary. In a sense biblical prophecies could be understood as examples of time travel into the future where God enables a human prophet to see what will happen in the future before it happens. If you read my article, Are We Living in the Biblical Letter Days?, you will see plenty of examples where Bible prophecies written millennia ago are “spot on” in their modern fulfillments.

What city is the one prophesied to be destroyed in the prophecy of Revelation 18? New York City is mentioned most often in the writings of people who follow biblical prophecy. New York City is a prime candidate to be sure, but so is London (a port city with a huge trading base and a global financial hub). As China reaches parity with the USA as a major global power, some Chinese seaports could also fit the prophecy’s description. The fact is we do not know for sure at this point because the prophecy isn’t that specific. However, New York is the headquarters of the UN and its many globalist agencies, which gives it a unique qualification for the prophesied city.

If it is New York or some other American port city which is blown up in a nuclear blast in the future, it may be facilitated by the very “secrecy” law which Big Business is trying to get  passed into law. Such a secrecy law will make it far easier for a nuclear device to be hidden inside a nondescript cargo ship revealing nothing on its manifest manifest but “appliances” or some other “cover story.”

We live in increasingly dangerous times. The Apostle Paul warned about two millennia ago that it would be so (II Timothy 3:1).