BIDEN TURNS US POLICY VS. ISRAELIS AND SUNNI ARABS 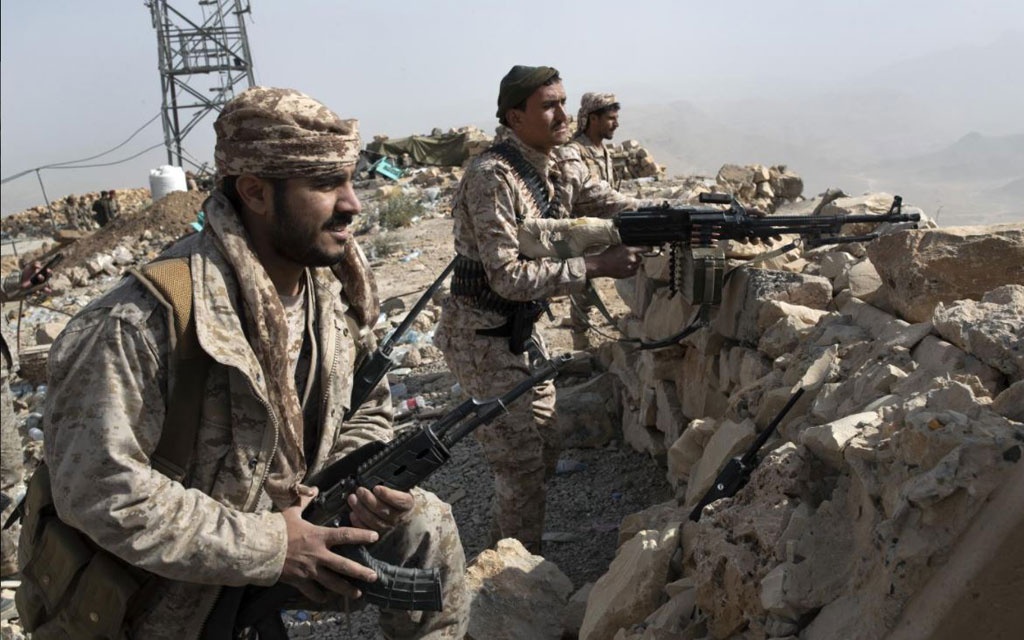 President Biden is actively turning his back on Israel and the Sunni Arabs, America’s traditional allies in the Mideast. The Biden administration announced that it is ending support for the Saudi side in the on-going civil war in Yemen. This action gives great encouragement to Shiite Iran which is supporting the Houthi rebels in Yemen. The first link details this incredible foreign policy reversal by the Biden White House. Remember it is Iran who kidnapped all the US embassy staff during the Carter presidency and whose people regularly chant “Death to America” in mass rallies. Biden’s administration is on the wrong side here. This is being done in spite of the fact that even the UN is finding clear evidence that Shiite Iran is supporting the Houthis (second link), prolonging the many hardships in Yemen. Without Iranian help, the Houthi side would almost surely have collapsed long ago. Whose side is Biden on?

The world also knows that Iran has been supplying Hezbollah and Hamas with missiles, rockets and many types of weaponry to use against Israel. The third link is a video reporting that the Biden administration is resuming US aid to these Palestinian groups which want to destroy Israel and which launch terrorist attacks against Israelis when they can. Why is the Biden administration supporting the groups which hate and attack Israel, our staunchest ally in the Mideast? The third link begins with an ad for Dick Morris’ upcoming TV program, and then gets into the meat of his message. The Palestinians have long given pensions to the families of those who lose lives while conducting terrorist attacks on the Israelis. So Biden’s action will put some funding into the pensions of these terrorist families. Therefore, Biden’s foreign policy means that some US money will inevitably fund terrorism. Whose side is Biden on?

In a related item, US border patrol agents captured 11 Iranians who were sneaking illegally into the USA across our Mexican border (fourth link). What would these Iranians have as a motivation for sneaking into America? Were they coming to be part of sleeper cells inside America that Iran can activate in a future crisis or war? Biden has also halted Trump’s policy of guarding our southern border and building a security wall. These actions make it easier for Iranians and all enemies of the USA to smuggle their agents into our nation. Whose side is Biden on?

The fifth link reports that President Biden has so far refused to even call the Israeli Prime Minister since he entered the White House. Biden is creating a great chill in American-Israeli relations, and is a very ominous sign of where US policy is going under Biden. This single action speaks volumes about whose side Biden is on in the Mideast.

Biden has refused to call Israeli Prime Minister Netanyahu even though his own State Department admits that Iran has continued its nuclear program and is now within “weeks” or “months” of being able to build nuclear warheads (sixth link). If Donald Trump was still president, you can be sure this would be an urgent topic in US-Israeli and US-Arab communications. Apparently, Biden thinks this very dangerous development is no big deal. I think the Israelis and Sunni Arab nations already greatly miss having a friend in the White House.

If Iran is within weeks or months of being able to build nuclear warheads, Israel is running out of time to conduct a preemptive strike on Iranian nuclear facilities. A recent post of mine cited the Israeli Defense Minister as warning that a preemptive strike on Iran may be necessary. The stakes have risen even further now. The seventh link cites former Israeli Security Chief, Avi Dichter, as openly calling for an Israeli preemptive strike on Iran. Surely, he would not have spoken so bluntly unless his statement had the approval of the Netanyahu administration. The link also has a Leftist Israeli spokesman who takes a more Leftist view of things.

Biden’s policy reversals which turn away from our traditional Mideast allies are rapidly raising the danger of a large war in the Mideast. This is so obvious a possibility that one wonders if Biden actually wants a war in the Mideast. He may try to blame it on the Israelis or Sunni Arabs or on President Trump, but you can be sure he will not blame his own short-sighted polices. Remember those Iranians caught sneaking into the USA? If there are Iranian sleeper cells inside the USA and they attack American targets inside the USA, Biden may try to use this as an excuse to enact a new “Patriot Act II” which imposes severe controls on American citizens in the name of “safety.” This would not harm America’s enemies, but it would attack US citizens’ rights. I hope this will not happen and I’m making no predictions, but if it does happen, Biden’s real goal may be to create some kind of war-crisis to undermine the remaining Constitutional rights of American citizens.

Clearly, we are entering into a time of escalating danger of a war in the Mideast. It could become a nuclear war. If the Israelis attack the Iranian nuclear facilities, it is almost certain the Iranians will authorize Hezbollah and Hamas to launch many thousands of those Iranian-supplied rockets and missiles at Israeli targets. Israel has excellent air defenses, but it is highly unlikely they can shoot them all down. If those missiles hit Israeli cities or vital infrastructure facilities, Israel will have to act quickly to ensure the survival of their nation. Perhaps Israel has secret weapons we do know about, but they do have the option of using tactical nuclear weapons all across Southern Lebanon to knock out the Hezbollah missiles at the source. If this war starts, it could escalate very quickly.

While I do not predict the future, one outcome I can safely predict. Based on Genesis 49:8-11, Zephaniah 2:1-11, Zechariah 12:1-9 and Zechariah 14 (all latter-day prophecies), the Jewish Israeli nation will not be destroyed in the latter days. Iran will never succeed in their goal of “wiping Israel off the face of the map.” There is no question we are living in this prophetic time, as anyone can prove by examining the evidence presented in my article, Are We Living in the Biblical Latter Days?

Reliable authorities are warning Iran could be building nuclear warheads in weeks or months. If so, a preemptive Israeli strike is almost certain within that time. The mass media is ignoring this danger. While Iran could use missiles and warplanes to try to hit Israel with nuclear warheads, another possibility is for Iran to place nuclear warheads on short-range missiles and place them in nondescript civilian merchant ships and launch them at their targets within Israel (and perhaps the USA) when those ships draw near to our seacoasts. If so, those missiles would impact on their target cities within seconds. If this happens, it will be President Biden who will be impeached for neglecting US defenses and cooperating with the attacking nation.

Rely on God, but make whatever preparations you can for yourself and your family. The future grows steadily more dangerous. That is exactly what the Bible prophesied would occur in the latter days.