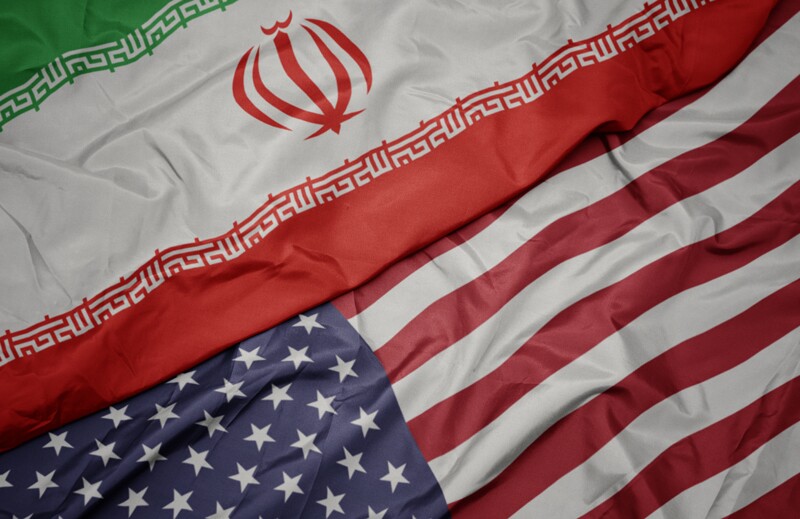 Amidst the terrible news emanating from the war inside Ukraine caused by the invasion by Putin’s Russia, other very significant events are occurring away from the media spotlight being focused on the resolute defense of their nation by the Ukrainians. One event not receiving the publicity it needs is an impending betrayal of the Israelis and Sunni Arab nations by the Biden administration. This betrayal is in what is likely to emerge from a new treaty between the USA and Western nations with the Iranians about their nuclear program.

During the Obama-Biden administration, the USA and other European nations concluded a deal with Iran which essentially guaranteed that Iran could build nuclear weapons if it simply slowed down its progress toward that goal. Why the Obama-Biden administration favored our enemies, the malevolent regime of Shiite Iran over traditional allies like Israel and Sunni Arab nations, is unclear as it made no sense. Iran received a huge infusion of mega billions as a result of that agreement. When Donald Trump became president, he promptly cancelled the deal and restored American foreign policy to favor Israel and the Sunni Arab nations. Indeed, Trump accomplished what no previous president was able to do. The Trump administration midwifed the “Abraham Accords,” a process which resulted in formal diplomatic ties between Israel and various Arab nations. Regular air service was established between Israel and Arab nations, trade began to flourish and even military ties were beginning to form. When Joe Biden entered the White House, his administration began quickly to favor America’s traditional enemies in the Shiite Iranian regime and Biden distanced himself from America’s allies–Israel and Sunni Arab nations. There is no logic to Biden’s actions re: Iran, but he is taking them nonetheless.

In following the “progress” of the new Iranian talks, it is not clear if an agreement has actually been reached, if it is nearing an agreed-upon status or whether there are still topics not yet resolved. Media reports have reported all three of these status reports, and I do not know which reports are accurate. What is clear is that news releases from the talks indicate that Biden is strangely about to give Iran everything it wants and more.

The first three links (1, 2, 3) give perspectives and specifics about what provisions are in this new agreement/treaty with Iran. The emerging reports are shocking! Biden and his accomplices are reportedly preparing to give Iran another $90 billion or so by releasing funds currently quarantined, stop sanctioning known terrorists, end sanctions vs. Iran’s Republican Guard units–which support Iran’s subversions and terrorist agendas via proxy regimes in Syria, Lebanon, Yemen, Hamas, etc. Apparently no penalties will be assessed vs. Iran for any of its past evils, Iran does not have to stop its subversions in the Mideast, etc., and it can continue (or perhaps hasten) its nuclear programs. Iran is already supplying missiles to the Houthis in Yemen who fire them at targets in Saudi Arabia and the UAE. Such warlike actions vs. US allies are seemingly all OK with the Biden administration. You can see in the first three links the remaining list of horrors that are in Biden’s prospective “surrender” deal with the Iranians.

Biden’s policies are creating wrecked relationships with traditional US allies in the Mideast. As you know, the USA and other western nations are imposing economic sanctions against Russia for its unprovoked attack against Ukraine. The USA has imposed an embargo on importing Russian oil–an action few European nations can emulate as they made themselves dependent on Russian energy imports in recent years–an action now starkly shown to be stunningly shortsighted. However, mid-term elections are coming later this year in the USA and Biden’s party, the Democrats, seem poised for serious losses in Congressional elections. Raging inflation was spreading throughout the US economy prior to Russia’s invasion of the Ukraine, but it has worsened in its aftermath. Biden’s policies are largely responsible for the energy price inflation. Under President Trump, the USA had become energy independent. In one short year of Biden’s presidency, he made the USA again dependent on foreign energy as a result of Biden shutting down the Keystone pipeline, imposing hostile polices upon oil producers, etc.–all in the name of ephemeral “climate change” goals.

Biden was not planning on having to embargo imports of Russian oil. Now that this has happened, Biden’s policies have caused a serious energy-price inflation. He has tried to find foreign sources to replace Russian oil, and has even approached Venezuela’s anti-American dictator to obtain oil supplies according to some media reports. Biden has also tried to induce Saudi Arabia to boost oil supplies so it can export them to the USA to suppress energy inflation in America. However, there is a problem. Saudi Arabia’s government is (justifiably) so enraged at Biden’s administration for its impending betrayal of Saudi Arabia and the Sunni nations in the impending Iranian deal that the Saudi government will not even accept phone calls from the Biden administration (fourth link). The UAE also will not accept phone calls from Biden. The fourth link states that both the Saudi and UAE leaders are talking with the leaders of Russia and Ukraine, but not Joe Biden. Biden’s past statements and policies are coming back to haunt him now. I do not know when the Iranian negotiations will conclude, but it appears the Biden administration is preparing to side with America’s enemies and betray our friends. The USA is in serious danger. We badly need a pro-American president, but this does not seem likely until after the next presidential election.

From a biblical perspective, it is worth noting that the final “Gog Magog” alliance lists “Persia” (Iran) as an ally of Russia and China in that alliance (Ezekiel 38:1-6). Readers have sent me links from other Christian students of prophecy who can rightly see the Gog-Magog alliance forming in the current “latter day” period in which we live. However, I’ve never seen any such prophetic analysis get the target of the Gog-Magog alliance biblically correct. They superficially think the term “Israel” in Ezekiel 38-39 means that the Israeli nation in the Mideast is attacked in the Ezekiel 38-39 prophecy. That application is in error. That prophecy was written circa 2,500 years ago, and in biblical terminology, the term “Israel” or “house of Israel” meant (and means) the latter-day descendants of the ten tribes of Israel. When the Jews are referenced in latter-day prophecies the Bible calls them “Judah” as in Genesis 49:8-12, Zephaniah 2, Zechariah 12 and 14. The term “Judah” is not mentioned in Ezekiel 38-39 so the modern Jewish state is not the target in the Ezekiel 38-39 prophecy. The true target in that prophecy are the modern nations of the ten tribes of Israel, which are not hard to find using secular history and biblical prophecies. My books, available at the home page of this website, identify all of them and they are found amongst the NATO and Western nations. These are, indeed, the rivals of the current Gog-Magog nations so the prophecy is entirely logical in its modern application.

If you wish to see the evidence that the above assertions are correct, you can find a foretaste of what is in my books by reviewing the following articles: The United States of America in Biblical Prophecy, What Ezekiel 38-39 Reveal about a Future World War III and The Tribe of Joseph in the Modern World. Information about which other modern nations are linked to the modern tribes of Israel can be found in the Articles tab at my website’s home page. This is critical information to know as we march toward the final events of this current age. Many modern nations are following a divine “script” which was set down for them in biblical prophecies millennia ago, but they are unaware of that reality. Prophecies about modern nations will be fulfilled by the Creator God who authored those prophecies whether modern nations understand their roles in the prophecies or not. The good news is that there is no reason you cannot understand the outline of what is going to happen to many modern nations in the years ahead of us. I urge you to read those articles so you can recognize the sequence of prophesied events as they unfold in the future years.