Battles in Mosul and Aleppo Could Spark a Wider War 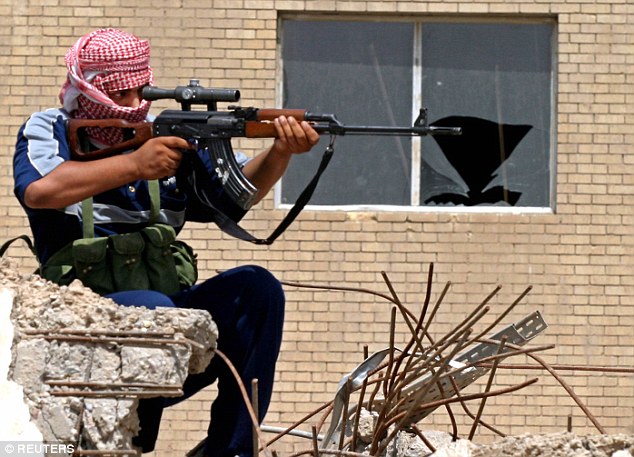 As I’m sure readers realize, there are major battles occurring in/near Mosul, Iraq and Aleppo, Syria. These battles are drawing in military forces and nations that could result in a major regional war and even a global confrontation. So many forces are in motion (or are about to be put into motion) that it is a bit hard keeping track of them all. This post offers an update on what could turn the battles over these two cities into much larger confrontations.

First, let’s consider the effort to retake Mosul from ISIS forces that control that city. Iraqi military forces are attacking toward Mosul from the south while Kurdish Peshmerga forces attack the city from the east. However, ISIS has shown that even if it loses control of the city, it is still a dangerous force. A few days ago, it launched two surprise terrorist attacks against the major Kurdish cities of Kirkuk and Erbil (first link and second link). The first link warns that at some point, the ISIS fighters inside Mosul may simply “vanish” and resort to terrorist attacks in diverse locations around the world. If ISIS terrorists fighters disguise themselves and melt into the waves of civilians and refugees that will emerge from the Mosul battle, these terrorists could end up headed for Europe or any other location where they could launch terrorist attacks or become sleeper cells in new locations around the world. It is thought that the attacks in Kirkuk and Erbil may have been done by ISIS sleeper cells that had pretended to be “normal” refugees, but who were actually terrorists waiting for the right time to strike. A remarkable development has occurred within Mosul. A mysterious sniper(s) has been unleashed against ISIS commanders and fighters inside Mosul. Sniper attacks have hit ISIS personnel in a number of locations inside Mosul, and one featured a sniper killing an ISIS executioner just as he was about to behead a boy (who was subsequently killed by another ISIS terrorist). The third link, fourth link and fifth link detail actions by the sniper(s) and others inside Mosul to oppose ISIS from within the city. It’s worth mentioning that ISIS is not the only force which can infiltrate hostile territory. The sniper attacks seem so professional and the sniper(s) seem so able to evade capture that it argues they could either be a special forces team infiltrated into the city or an anti-ISIS “sleeper cell” which has been activated to oppose ISIS as liberating forces approach the city.

In addition to the Iraqi and Kurdish ground forces converging on Mosul, Turkey has put its troops inside both Iraq and Syria, complicating the situation considerably (sixth link and seventh link). It is reported that Turkey intends to keep its forces south of its border inside Iraq until ISIS forces are routed from Mosul. The mission of Turkish forces inside northern Syria is filled with complexities. Turkey seems to have two objectives when you put the sixth and seventh links together. One goal is apparently to fight the Kurds in northern Syria as well as ISIS fighters in the area. Since the USA has been supporting the Kurdish fighters inside northern Syria, this puts Turkey at risk of a clash with the USA, its NATO ally. On the other hand, Turkey and Kurdish Peshmerga forces inside northern Iraq seem to be cooperating as allies against ISIS. This information supports a conclusion that Turkey is moving toward the acceptance of an independent Kurdish state in the northern Kurdish autonomous zone of Northern Iraq, but Turkey is not willing to accept a Kurdish state that extends into northern Syria. On the Kurdish side, they seem to be nearing an accommodation with Turkey that will position them to have peaceful relations with Turkey in the post-ISIS world in that region. Any independent Kurdish state will need good relations with Turkey to ship their oil to world pipelines via “friendly” oil pipelines. The second goal of the Turkish forces inside Iraq and Syria is likely to set up a blocking force to stop any wave of refugees from either the Mosul or Aleppo battles from pouring into Turkey.

The battle for Aleppo offers special risks. The people of that city have suffered terribly as Syrian government and Russian forces, allied with Hezbollah and Iranian contingents fight to re-assert full control over the city for the Assad government and defeat the dug-in rebel forces opposing Assad. The rebels have had half-hearted support from the USA and other western and Sunni nations, and it is hard to tell which rebels forces are aligned with Al Queda (remember them?) and which are not. What does seem clear is that Russia is preparing to go “all in” to crush the rebels and impose Assad’s rule on what is left of the city.

The eighth link and ninth link detail the size of Russia’s gathering military forces that are now converging to help Assad reclaim control over Aleppo and much of Syria. Russia is sending warships from its northern fleet via the Atlantic Ocean west of Norway and Western Europe, from its Baltic Sea fleet in Scandinavian waters and from its Black Sea fleet through Turkish waters into the Eastern Mediterranean Sea off Syrian coast. Its largest warship is an aircraft carrier which can launch air strikes vs. Syrian rebels and other warships can launch volleys of cruise missiles at Syrian rebels. The ninth link reports that about 18 Russian warships will soon be present off the Syrian coast. That seems to be far too large a fleet for routine maneuvers; this is likely one move in a major military action to crush the rebels and ensure Assad stays in power in Syria. Russia’s naval forces will take the longest to reach the Syrian combat theater. Russia can fly in more air and ground assets very quickly into Syria as soon as its naval units are in place. The USA and NATO forces do not seem poised to resist the Russian action inside Syria, but they are making a military demonstration along Russia’s western border where it is waging a low-level conflict with the Ukraine, a non-NATO nation.

The ninth link reports that a variety of NATO nations are deploying military forces eastward toward Russia’s borders in what is called “NATO’s largest military build-up on Russia’s borders since the Cold War.” The USA has “promised” to send troops, tanks and artillery to Poland, the UK is sending fighter jets to Romania. Germany, Canada and other NATO nations are also pledging some military forces to this build-up. The link lists the NATO nations that are sending military forces to the Baltic nations of Lithuania, Latvia and Estonia. This sounds ominous, but when you read the article carefully, the NATO forces being deployed are minuscule compared to Russian forces stationed in Western Russia. This indicates to me that they are being sent closer to Russia’s western border to warn Russia to not wage a “hotter” war against the Ukraine than they already are doing. These NATO forces will be unable to oppose any Russian actions inside Syria.

Inside the USA, the American press pays little or no attention to important global developments, focusing rather on every possible nuance of the US presidential election. It is almost as if the American media is using the presidential election to avoid having to report to American audiences what is really happening in the rest of the world. However, when so many nations are involved with military deployments and war preparations, there is always a possibility an unintended spark will cause a wider war. For example, Turkey shot down a Russian warplane on the Turkish-Syrian border last year. If such an event happens again, Russia will be able to retaliate very hard. With US and Russian warplanes operating in such close proximity to each other in the Syrian/Iraqi theater, it is possible an unplanned aerial encounter could occur or an air defense battery from one side could down a warplane from the other side, which would force a retaliation from the side losing a warplane. There are many ways a larger war could start.

From a biblical viewpoint, we are seeing another fulfillment of Matthew 24:6’s prophecy that “wars and rumors of war” will be common in the time approaching the return of Jesus Christ. There are already plenty of wars and rumors of wars in the chaotic Mideast. It appears we are about to witness Russia making an example of just how destructive its military forces can be when they are ordered to eliminate the rebels inside Aleppo if the rebels do not surrender. If this occurs unopposed by the USA, NATO and the Sunni nations in the region (as seems likely), Russia will grow powerful in the eyes of the world and the USA and NATO will grow weak in the eyes of the world. Ezekiel 38-39 prophesy that an alliance of many nations including Russia, China and Iran will come together and, at the end of the “latter days,”  attack the nations of the western world, many of which are descended from the ancient ten tribes of Israel and other bloodlines originating with the biblical patriarch, Abraham. If Russia crushes the Syrian rebels inside Aleppo and other regions of Syria with no opposition from the USA, the West and its allies, it will take on an even more aggressive stance in the world. Russia wants global respect, and if events unfold as I expect, it will get it. The Russian Bear is poised to taste serious blood when it conquers Aleppo. A strong bear that is hungry for respect is likely to increase its appetite for more conquests once it tastes blood (and victory) in a major battle.

For more detailed information about above topics, I urge you to read (if you have not already done so) my free articles, Are We Living in the Biblical Latter Days? and What Ezekiel 38-39 Reveal about a Future World War III.