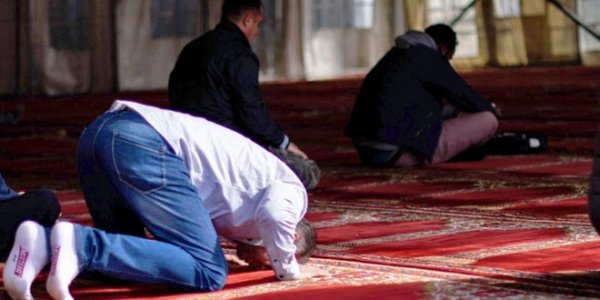 Austria has created a stir within Europe by its recent actions on immigration. The first link and second link detail Austria’s decision to close seven mosques and expel up to 60 Imams from the country. Austria’s Chancellor, Sebastian Kurz, is implementing this action primarily against mosques and Imams who are funded by and closely-linked to Turkey’s Islamist leaders, and he indicated that this action was taken for national security reasons. The second link’s commentary on this action cited the growing convergence of Christian interests and nationalist political movements inside Europe. Chancellor Kurz’s Vice-Chancellor, commenting on this move, “…added ominously, This is just the beginning.” In light of that statement, more actions can be expected to limit the influence of Islam inside Austria. Turkey’s President, Recep Erdogan, reacted angrily to Austria’s action with an inflammatory threat that such action could be “leading the world towards a war between the cross and the crescent” (third link). One wonders how tolerant Erdogan would be if millions of Christian refugees from Europe were pouring into his nation.

There is more to this story than just the information in the first three links. By coincidence, Austria is the nation next in line to assume the rotating presidency of the EU, and Austrian Chancellor Kurz has stated that he intends to use his nation’s presidency to push for changes in EU immigration practices away from admitting so many immigrants to one of “preventing further waves of arrivals” (fourth link). It is almost certain that such a message is not what the EU’s leaders want to hear, but Austria is likely to have support from such nations as Hungary, Poland, the Czech Republic and Slovakia, according to the fourth link. That link also indicated Austria would be pushing for a new policy where immigrants picked up at sea would be returned to African ports instead of transporting them to European ports. That would likely solve the problem as such a policy would deter further immigrants from risking a dangerous and unauthorized attempt to enter Europe via ships if they knew in advance that they would be returned to the African ports from which they embarked.

It is also highly likely that Austria will receive support for this policy change from Italy, which now has an anti-immigrant, Euro-skeptic coalition government. Italy was just put to the test to see how firm its resolve was on the immigration matter. A ship with hundreds of illegal immigrants (some from Muslim nations, some from West African nations) sought docking privileges at an Italian port and its appeal was backed by various humanitarian NGOs and considerable media coverage (fifth link). The new Italian government adamantly refused to allow the ship to bring its load of illegal immigrants to Italy regardless of all pressure to do so. Malta also refused to accept the ship. Finally, Spain accepted this shipload of refugees, although it is unclear if Spain will now allow itself to replace Italy as the preferred target of these recurrent waves of immigrants. Greece,which was first targeted by waves of Islamic immigrants coming from Turkey, would also likely support Austria’s push for a change of immigration policy within the EU.

Austria’s decision to push for a reversal of the EU’s immigration policy will almost surely create another line of internal division within the EU. As my posts have documented, the EU is being hit by many stresses and fractures which threaten to undermine its unity. In the case of the immigration problems, this EU crisis was one which was self-inflicted. If the EU had not allowed waves of illegal immigrants to enter Europe’s nations, this crisis would never have come into existence.

Readers are referred to my recent posts on the problems within the EU and Europe for my biblically-based perspectives on these issues. I also wish to thank a reader for sending one of the links cited in this post.