Asteroid Passes near Earth; Astronomers Did Not See It Coming 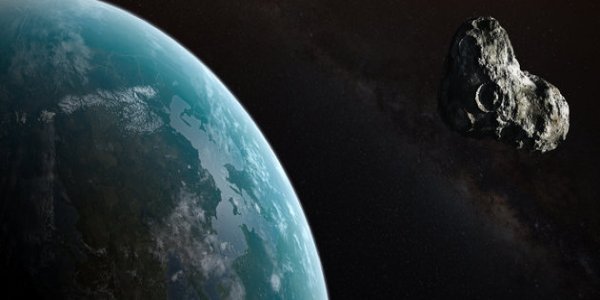 In a surprise to astronomers, a fairly large asteroid passed close to the earth a short time ago but no one knew about its presence until it was spotted hurtling away from the earth after it sped by (first link). It was “as large as a 737 passenger jet,” and it was within about 76,000 miles of earth as it whizzed past (only about one third the distance from the earth to the moon). The second link relates that this was the fourth close passage of an asteroid by the earth just in 2017. The third link adds that this near-miss asteroid was three times the size of the asteroid that did hit the earth’s atmosphere and did significant damage in the city of Chelyabinsk, Russia in 2013. That asteroid that hit our atmosphere injured thousands and damaged buildings just from its blast wave (again the third link). The third link also has a link about the massive Tunguska blast which hit Siberia in 1906. Thankfully, that large blast hit in a very remote region of the earth. If it had hit a city, the city would have been obliterated with massive casualties.

The fourth link explains that the Chelyabinsk meteor was missed as it approached the atmosphere because it came out of a daytime sky. However, that meteor, when it was an asteroid, was surely heading toward earth in the nighttime sky as well so one would think some telescopes on earth would have seen it coming. That meteor was rather small so it was simply missed. Its hit into the earth’s atmosphere confirms that mankind, for all its technological advancement, can’t possibly find or keep track of all heavenly objects that are on near-earth orbits or intersecting trajectories.

In Revelation 8:8-11, the Bible prophesies about two (!) impacts that will hit the earth in the latter days during the very end of our age. The first is likened to a “great mountain burning with fire” which impacts into a sea or oceanic region. The consequences will be catastrophic with one-third of sea-life dying and one-third of ships being destroyed. It is my understanding that the object would hit the earth in one ocean so the casualties are likely limited to one ocean, not all sea life and ships on the entire planet. An impact of an object that large would also cause devastating tsunamis along the coastlines of whatever ocean will be hit by that heavenly object. That would fulfill the prophecy in Luke 21: 25 about “the sea and waves roaring” in the latter days just prior to the return of Jesus Christ. John’s description of his vision in Revelation 8:8-9 gives it substantial credibility. A meteor falling through the earth’s atmosphere would look exactly like a “great mountain burning with fire.” That is precisely how catastrophic meteor impacts into the earth have been depicted in movies (such as Deep Impact) about meteor impacts into the earth. Revelation 8:10-11 describes a second event different than the one described in Revelation 8:8-9. The second impact is described as a “great star” which hits on the land mass of the earth somewhere. Since it is described by John as a “great star” in John’s vision, it argues that John was seeing this object grow brighter in the nighttime sky as it became a “great star” in his field of vision instead of a small star. Obviously, these have to be separate impacts as one hits an ocean and one hits a land mass.

We do not know where these prophesied strikes of heavenly bodies (most likely a meteor) will occur at some point in the years ahead of us. The prophesied events will be catastrophic in nature, but we do not know if mankind will see the objects coming and try to stop them or whether they will strike the earth unexpectedly. Usually, for known objects on known trajectories, scientists can plot quite accurately where a meteor will impact the earth. The language of Revelation 8:9 infers that the object strikes unexpectedly or in an unexpected location on earth. Verse 9 says one-third of the ships are destroyed in the oceanic/sea region it impacts. If scientists were expecting the object and had plotted its impact course, why would any ships at all be at sea in the maritime region it hits? If alerts were issued in advance accurately, no ship would be at sea in the maritime region to be struck. They would have been tied up at piers in seaports.

This post is not to predict when these prophesied objects will hit the earth. When they do, you will know that the end of our age is quite near. The purpose of this post is to remind us that the space around the earth is not a total void. It has objects, large and small, hurtling through space near the earth or intersecting our orbital path around the sun. The scientists tell us that sooner or later, large meteors will impact the earth. The book of Revelation agrees with them.