Artifact from Kings David and Solomon’s Time Found in Jerusalem 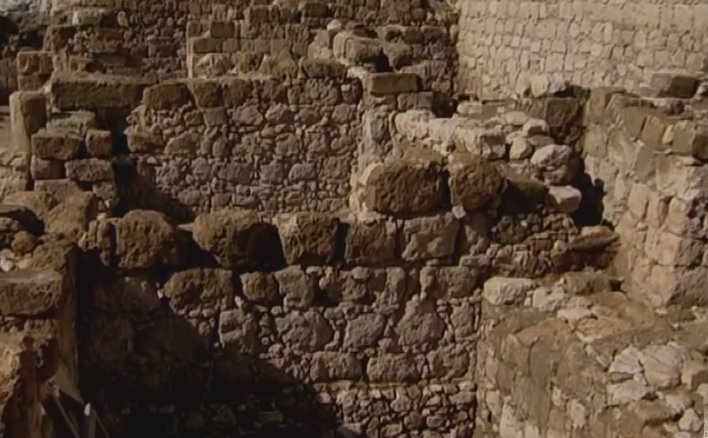 This is an item worthy to be brought to the attention of all readers of this blog. The Israeli media is reporting that a “rare 3000 year-old seal dating to the period of Kings David and Solomon” has been unearthed at an archaeological site in Jerusalem (see link). This is an important find as there are historical deniers who try to assert that these famous Israelite kings never existed and some of the more extreme historical deniers deny that there was ever an Israelite presence on the Temple Mount circa 1000 BC when David and Solomon ruled not only the Israelite tribes, but over many surrounding nations as well.

Indeed, as my books on Israelite history document, David’s alliance with King Hiram of Tyre turned the Israelite alliance with Tyre and Sidon into the world’s most powerful maritime navy and trading fleet. This alliance united the ancient continents in world trade and was far more widespread in planting Israelite colonies all over the world than is generally recognized. The Bible confirms the long-standing alliance between Kings David and Solomon with Tyre and Sidon in II Samuel 5:11-12, I Kings 5, 9:26-27, 10:22-23. This alliance lasted far longer than the reigns of David and Solomon. In the time of King Ahab of Israel, Ahab was married to a Sidonian princess, Jezebel, whose name has gone down in infamy as an evil woman in the halls of power (I Kings 16:31). The history, migrations, empires and modern whereabouts of all the tribes of Israel are documented and explored in the books available at my website.

This link also notes that the Islamic authority which has jurisdiction over the Temple Mount has excavated many tons of material and rubble from underneath the Temple Mount–all without any archaeological inspection or evaluation. Who knows what other valuable artifacts may have been destroyed by the Islamic excavations under the Temple Mount? One reason that so little is found from the time of Kings David and Solomon is that the enemies of the Israelites and Jews (Judah) who conquered Jerusalem were determined to destroy every vestige of what had ever been built there. The Assyrians and Babylonians destroyed much of what had been built in Jerusalem at the time that they conquered the city and the rest of the Holy Land.

The Assyrians were particularly eager to destroy everything they found in Israel as vengeance for the time when King David and his allies conquered Assyria and David and Solomon briefly ruled Assyria and much of Mesopotamia. The Bible mentions the war that led to the utter defeat of the Mesopotamian powers (which would have been dominated and led by Assyria) in I Chronicles 19:6-19. This war occurred after King David’s army reached the Euphrates River and threatened the Assyrian Empire by its presence there (I Chronicles 18:1-5). My books include secular evidence which support the biblical account of the Israelite victory over the Assyrians and Mesopotamians. The Israelites ruled Assyria rather harshly and even hamstrung their horses so the Assyrians could not field any cavalry or chariot forces. This explains the intense Assyrian motivation to later keep waging war on Israel until they defeated it. Later, the Romans completely destroyed everything that was built by the Jews in the Second Temple period when it was conquered in 70 BC by the Romans. The Roman destruction would have been so complete that it surely destroyed remaining ruins and artifacts that dated to the First Temple period as well. Jesus Christ prophesied in Matthew 24:1-2 that such a total destruction would occur.

Given the utter and willful destruction by the Romans of anything that had ever been built in Jerusalem, it is remarkable than anything is periodically found that dates to that and earlier periods. The artifact detailed in this link is a small one, but its dating to the time of Kings David and Solomon makes it a very valuable find.

My thanks to a reader who brought this link to my attention.