Argentina Sinks a Chinese Ship and Vietnam Seizes Another 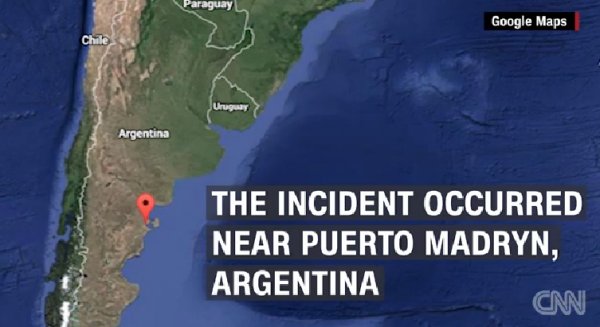 There have been many media articles about Chinese vessels acting in a bellicose or “pushy” way against the maritime borders and fishing zones of other nations. A recent post in this blog mentioned a recent incident where the Chinese provoked the Indonesians in such a manner. There have now been two recent cases of “push-back” against Chinese vessels which you may not have seen or heard mentioned in your media sources.

The first link details an incident in which a Chinese fishing vessel acted in a bellicose manner in an Argentinian fishing zone, and an Argentine military vessel responded by sinking the Chinese ship. The second link offers a pictorial record of the incident. The third link describes an incident where the Vietnamese navy seized a Chinese fishing vessel that wandered too close to Vietnamese interests in a disputed fishing zone.

I think these two incidents are worth passing on to readers as it documents that the Chinese are now beginning to encounter resistance to Chinese bullying on the high seas. In the South China Sea and other regions, China has tended to have the attitude of “What is ours is ours and what you thought was yours is ours too.” Other nations are now starting to challenge China’s aggressiveness. As my recent post noted, Indonesia has sent warships to a region where Chinese fishing vessels have been known to intrude into Indonesian maritime zones.

Argentina’s sinking of a Chinese ship raises the stakes in such high-seas confrontations. This may embolden other nations to confront Chinese ships more vigorously as well. These incidents highlight the very real possibility that a shooting war could erupt over a maritime incident. If a war erupts over an oceanic maritime confrontation, it could have an immense impact on world politics, global financial markets and the US presidential election campaign. Long-time readers of my blog realize that I fully expect a global World War III to occur at the end of our current age when Divine intervention also occurs (Ezekiel 38-39 foretell this event and outcome). However, this prophecy does not preclude the outbreak of smaller regional wars involving the various alliances mentioned in Ezekiel 38’s prophecy in the years prior to the final global war.

Indeed, I think we should expect such wars to occur. Russia has already given itself the opportunity to “field test” some of its new weaponry via its Middle East intervention in the Syrian Civil War and obtain combat experience for its military personnel; however, the Chinese military has so far lacked any opportunity to “field test” its new weaponry or gain any combat experience for its military forces. I think it is reasonable to assume that China’s military brass are avidly looking for a chance to provoke a limited regional war in which it can fight a conventional battle within range of its land-based air force. In my view, China especially wants to test its new missiles and other weaponry against a US aircraft carrier to see if it is, indeed, easier to sink aircraft carriers than to defend them.