ARE YOU READY FOR “THE TRIAL” STARTING IN MINNEAPOLIS? 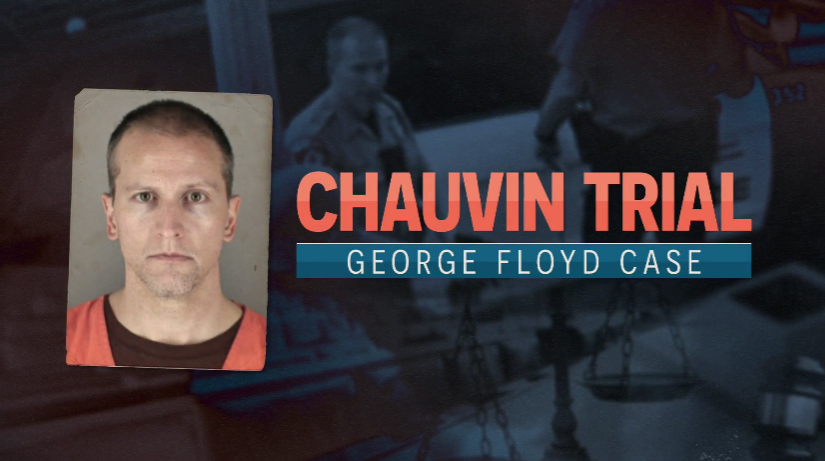 Are you prepared for “The Trial” that is about to start in Minneapolis and which could very possibly affect you wherever you live? Remember the wave of burnings, street crime, vandalism and looting that took place after a black man, George Floyd, died in Minneapolis while being subdued by a white police officer? The Leftist media proclaimed the police officer guilty without any benefit of an investigation or trial, and the video of the event was truly sickening. As a result, Antifa, Black Lives Matter and other Leftist groups went on a prolonged spate of criminality in many American cities during the summer of 2020. It was also an election year, so the Leftist media made sure this stayed a “front burner” issue for many months–very likely to harm President Trump’s chances of re-election.  Well, the trial of the police officer, Derek Chauvin, whose knee was on George Floyd’s neck is about to begin, and many legal arguments and technical information submitted “under oath” will be presented in a court of law. All that was widely circulated in the mass media’s literary lynching of Derek Chauvin will have no place in the trial courtroom.

I live in a state that borders Minnesota and I used to live in the Twin Cities for about two decades, so I follow events there rather closely. This post is to share with you the situation that is developing in Minneapolis as this trial heads speedily toward the opening gavel. The Minneapolis Star-Tribune was among the hordes of Leftist media who convicted the Minneapolis police officer in the court of public opinion last year, but even that newspaper is now starting to backtrack on its earlier coverage of the matter. I think all readers should be aware of these developments as there could be an outpouring of additional street crimes, rioting, etc. if the police officer is found “not guilty” of murder charges. The first link contains one of that newspaper’s columnist’s thoughts on the impending trial. He begins his column by wondering where an impartial and unintimidated jury can be found to try the police officer given the widespread media coverage of George Floyd’s death. Of course, the reason the world is so full of people incapable of serving as impartial jurors is due to the Leftist’s media sensationalist condemnation of the police officer in their coverage of the event.

The columnist further warns his readership that a fair trial is jeopardized because the police officer’s guilt has already been pronounced upon him by virtually every [Democrat] public official in Minnesota. Indeed, where would anyone find an impartial audience that has not seen “the video” or read the hugely prejudicial coverage in the media? Perhaps some village in Eastern Europe where no one speaks English? The columnist warns that given the evidence that has since come to light, a guilty verdict against the officer “is not guaranteed.” One fact that has since come to light is a bombshell. It is now clear that George Floyd may not have been killed by the officer who was restraining him. The columnist writes: “From reports beginning in the early days of the investigation–and in subsequent statements described in court filings–it has appeared that the Hennepin County Medical Examiners Office found no physical evidence of suffocation on Floyd’s body (emphasis added).” Since the entire case against the officer was based on the widespread assumption that the officer suffocated Floyd with his knee, this conclusion from the Medical Examiner is strong evidence against the prosecution’s case that the police officer was guilty of causing Mr. Floyd’s death by suffocation. I urge you to read the entire column as this liberal writer seems to be preparing the Twin Cities populace for the possibility the officer may not be found guilty. Can you imagine the wrath and rioting that could potentially erupt all over the nation if such a verdict is reached in the court? I am truly surprised that a change of venue wasn’t done in this trial. All the prejudicial coverage of the death of George Floyd was so pervasively against the officer that the defense legal team may have a very strong case to appeal for a re-trial or for an appeal to a higher court if their defendant is found guilty. Regardless of the verdict, if the case is appealed to a higher court, it means the angers that are simmering across the nation due to this trial will continue to simmer throughout the appeal process.

What might have killed George Floyd if it wasn’t suffocation by the police officer? The second link has a compelling possible answer. The medical examiner’s report also found that George Floyd had a “fatal level of fentanyl” in his system at the time he died and he also had significant cardiovascular problems. The link notes that if George Floyd had simply collapsed on his own somewhere, his fentanyl levels were so high that a ruling of drug overdose as cause of death could have occurred at a level of fentanyl that was a mere fraction of the level Floyd had in his body. There is the separate issue of whether the duress of being subdued by the police officer helped trigger his death by possible overdose, but that is a subject which will be argued by experts and attorneys at the trial in front of an impartial jury (if one can be found).

The jury selection phase of the trial starts on March 8th. Get ready for what might happen in the aftermath of this case. Major rioting may result if the officer is acquitted. If the officer is found guilty in spite of the evidence detailed in the first and second links, police departments across the nation might resign en masse. Either option would be a very bad outcome.

Minneapolis public and private employers are taking major precautions against civil disorder and rioting even before the trial begins. The third link describes how concrete barriers and “fortifications” are being placed around government buildings in the Minneapolis area to prepare for whatever happens during or after the trial. The third link and fourth link also detail the issues Minneapolis businesses are facing about whether to put up plywood to protect their windows, and take other emergency precautions. There are concerns that downtown Minneapolis may look like a  “ghost town” by the time trial ends. The Target Corporation is taking the exceptional step of relocating almost all of its 8,500 downtown headquarters employees to other locations, leaving only “a very small portion of  [their] team” at their main office downtown (fifth link). Obviously, every other business in Minneapolis is wondering what steps, if any, to protect their employees as well.

When the riots, burnings and lootings took place last year, these types of criminal actions spread quickly to St. Paul and many other cities across the nation. Even the city in which I live, Sioux Falls, South Dakota, had a destructive riot break out when a Black Lives Matter march turned violent at our largest retail mall. Police cars were trashed, mall windows were broken and some looting of stores occurred, but the police had the incident controlled quickly with a large phalanx of police officers firing volleys of tear gas and with the rapid deployment of National Guard troops in our city. Our city had the dubious distinction of being one of the riots where gunfire was directed at our local police force (the shooter was later identified and arrested). Local media coverage of the Sioux Falls riot is included as the sixth link, seventh link and eighth link, but they do not do it justice. My daughter showed me a friend’s Facebook page whereon he was live-streaming the confrontation at the mall. We were close enough to the site that we could see the tear gas canisters discharge their contents on the Facebook feed even as we could hear the canisters explode from our residence. I mention this as an example that none of us can know the reactions to the trial verdict that will occur in the large cities or in our local areas. If you live anywhere near a large city, you need to exercise appropriate cautions during and especially just after the trial. While we hope that a fair trial and true verdict is reached so justice is done, nothing can be assumed or prejudged. Reactions may be minor and scattered, or we could be looking at a repetition of the things that happened last summer…or worse. The trial and its verdict do have explosive potential. This trial will generate a lot of media coverage this spring and perhaps into the summer. As mentioned above, the trial’s jury selection process begins March 8th. It is not known when the actual trial’s legal arguments will begin.

At a time like this I urge all confessing Christians to be good citizens within their communities while making reasonable preparations for your own and your family’s welfare. I recommend two of my free articles as appropriate at this time: Christian Rights and Citizenship Responsibilities and Should Christians Prepare for Future Hard Times.