Are You Ready for “The Drone Wars?” 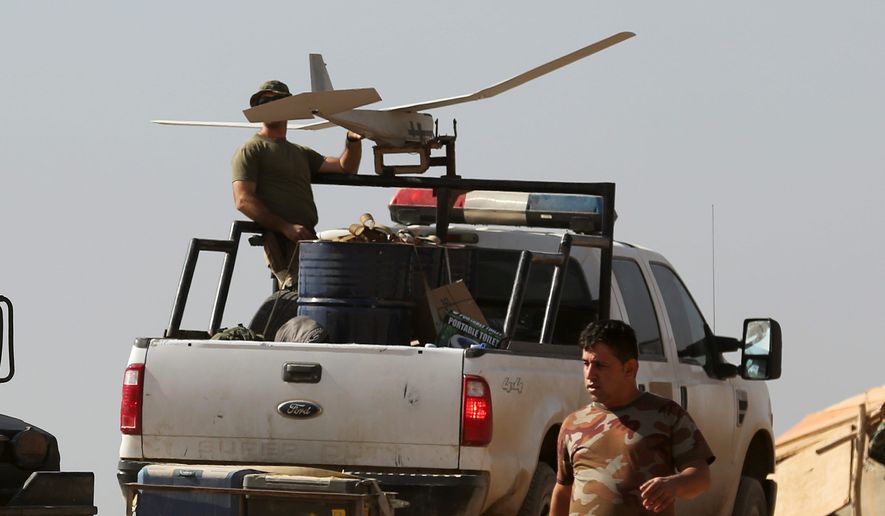 I’m sure many readers remember the Star Wars movie episodes which featured a wide array of robots, clones, droids, etc. battling each other in a futuristic science fiction environment. Past posts have featured examples of robotic and artificial intelligence weaponry systems being developed for the American (or other nations’) military forces. Now it seems evident that we are approaching a new level of deployed engineered devices to use on future battlegrounds. Are you ready for the “drone wars?”

It is a truism of military history that every new offensive weapons system gives rise to the development of a defensive weapon system to combat it. For years, the USA has used aerial drone and RPVs in a largely-unchallenged manner in surveillance and bombing missions against all sorts of enemies and terrorists. Some drones have been small and others have been very large drones capable of extended loiter times over hostile areas and also able to carry bombs and missiles for attack missions. The American drones will not go unchallenged much longer. The first link reports that ISIS is already using its own weaponized drones in Mideast battles, but what I want to focus on is the development by the Iranians of new countermeasures to nullify the effectiveness of US drones. The new Iranian defensive system features rifle-shaped weaponry which could be aimed at US drones to “electronically separate a remotely piloted aircraft from its command pilot and even reprogram it to turn on its owner (emphasis added).” Since Iran has many of its personnel on the ground inside Iraq, these anti-drone measures may be tested under combat conditions soon. The Iranian devices are designed to “jam” the communications systems of drones at which they are aimed. The first link also reports that Iran has already “deployed suicide drones that it says can be launched against US ships.” For a photo of the Iranian rifle-like, anti-drone weapon and additional perspectives on this development, please review the second link and third link.

These anti-drone weapons present a real danger. If the digital systems of US drones can be jammed by Iranian anti-drone devices, the drones would become useless and could even land behind enemy lines and be reverse-engineered. In order to hijack a US drone in flight and turn it against US targets, the Iranian device would need to be able to reverse any IFF (Identification Friend or Foe) system inside the drone’s software or electronically alter its GPS targeting coordinates so it strikes American targets instead of the intended enemy targets. Many advanced nations already use drones so this anti-drone threat applies to all their surveillance and attack drones as well. If Iran is ready to deploy an anti-drone weapon, then Russia and China must be developing such systems as well.

Personally, I think that we would be shocked if we realized how many offensive and defensive weapons systems have already been secretly developed and deployed by nations around the earth. I believe the Bible also warns us that many advanced secret weapons systems will be developed in the latter days of our age and unveiled (and used) at a future time. Revelation 13:1-4 prophesies that when the final global world system (called the “beast”) comes into being, it will unveil a variety of previously-unknown and secret weapons technologies to intimidate all nations into submission. Some will likely be so like “science fiction” weaponry that they may be attributed to “alien” technologies. Based on information that I have presented in posts years ago, I have little doubt that such new weaponry could include invisibility cloaking devices for aerial and ground weaponry as well as human personnel, laser and plasma weaponry, bizarre nanotechnology weaponry, new aerial vehicles which are unlike warplanes now known to us and which have been classified as UFOs by observers who have seen them periodically being tested at locations around the globe, etc.

Do you think such technologies already exist? I do. Remember that the USA sent missiles and men to the moon in the late 1960s using vacuum-tube technology and with slide-rules for calculating devices. With a half-century of rapid scientific advancements in computerization, miniaturization and digitization of all civilian and government weapons systems since then, who knows what has been developed and deployed in secret since them by any number of nations? When Revelation 13:1-4 is fulfilled, we’ll have answers to that question.