Are You Ready for “Synthetic” Human Beings? 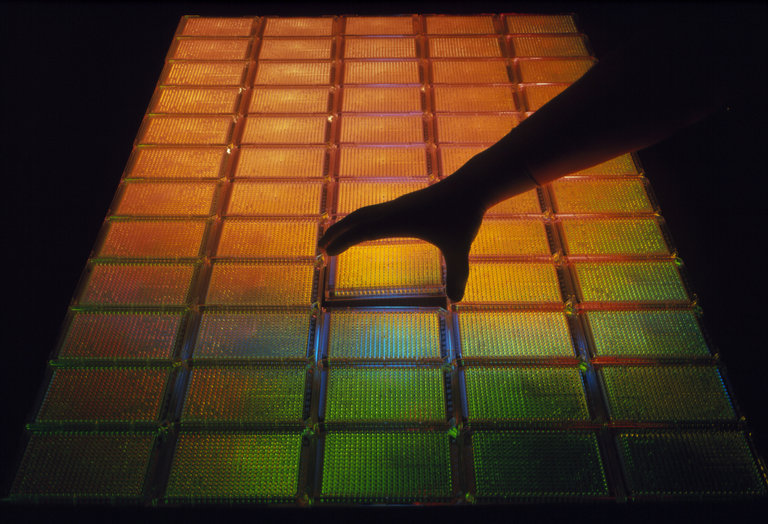 Are you ready for modern scientific labs to create artificial or synthetic human beings?” I’m not, and I suspect readers may not be either; however such “inventions” are now being conceptualized and planned (see first link). The first link reports that scientists can already “manufacture” the components of human DNA so this is a first step on the way to being able to “create human beings without biological parents.” This brings up a host of possibilities–none of them good, in my view. The second link is a June 2016 Discover magazine link to a subscribers-only article which, while somewhat technical, pertains to this same subject. I’m a subscriber to the magazine, and will cite a few items in the full article to induce you to either subscribe to the magazine to obtain the information or visit a library with a copy of this article to review it. It mentions genetic-manipulation techniques which are capable of “editing any gene,” and describes one technique as “...the tool to modify nature…Its kind of like Frankenstein.”

The third link is on this same topic and describes how far advanced is the technology for mankind to mix species together to form hybrids with characteristics of different species. It is written from an evolutionary perspective, which I disavow, but it is useful in giving readers insights into what is already being done in this field of genetic manipulation. [As an aside, I’ve written posts disproving evolution from a perspective of the age of the Universe and also the necessity of having two genders of each species right from its beginning in order to perpetuate each species.  I also refer you to my article, Is the Earth 6000 Years Old?–When Lucifer Ruled the World, which documents that the Bible nowhere asserts the earth or physical Universe is only 6000 years old.]

The rapid development of genetic manipulation technologies raises very serious questions. These articles give us an awareness of what the scientific community admits is already possible or being done. Of far greater concern is what is the scientific community doing which is not being admitted because it is too revolutionary and even to dangerous to admit? The possibility of creating “test tube” human beings with no biological parents begs a very serious biblical question. When humans engender offspring via normal heterosexual mating (which is God’s will as defined in Genesis 1 for all species), it can, I think be safely assumed that all such human beings have what we would call a “soul” with the capability for a conscience and free will choices. If human-like creatures are created artificially with no biological parents, they are obviously being made outside of God’s will. Therefore, will they even have a soul or a conscience? They may be, theologically speaking, disowned by God as even being a creature he condones. Modern governments could have a use for artificial human beings who can serve in armies as warriors with no conscience or free will and who could carry out even the most horrific of orders without qualms, as they have no “soul.” As many readers will realize, this kind of soldier has a science fiction antecedent already. In the Star Wars series, the Imperial Storm Troopers were all artificial humans who were bred as clones in laboratories from a genetic template drawn from a real human. All these Troopers were brought into being in scientific labs with no biological parents. That’s not far from what these links describe as artificial human beings created via test-tube genetic modification techniques. In the Star Wars series, this creation of an artificially manufactured race of pre-programmed, obedient warriors was done in great secrecy by a race of cloners on a hidden planet. In our world, the cloners work in laboratories and the process is not secret.

There is another biblical ramification, and it is even more sobering. In the King James Version of the Bible, Genesis 6-8 record that Noah and his family were the only humans preserved by God in the Great Flood which annihilated all other human beings and all animals not preserved in the Ark. Genesis 6:9 states that Noah was “perfect in his generations and Noah walked with God.” Since no human is “perfect,” it is easy to assume the word simply means Noah was a God-fearing man–the only one left. However, the book of Jasher gives us a more specific possibility for this phrase. Jasher is mentioned in Joshua 10:13 and II Samuel 1:18 so we know it was once a canonical book available to the ancients. However, modern versions of Jasher are not part of the biblical Canon. I have the “1840” version of Jasher, and, to me, it seems in harmony with the Bible from its beginning until the time of Moses when it begins to diverge from biblical references and clearly has some spurious additions afterwards. Jasher 2:13 states that mankind was literate in the pre-Flood world and Genesis 4:16-22 records mankind then built cities and had a sophisticated division-of-labor society. In Jasher 4:18-20, it reveals that mankind “taught the mixing of animals of one species with the other, in order to provoke the Lord; and God saw the whole earth and it was corrupt, for all flesh had corrupted its ways upon the earth, all men and animals” (emphasis added). One cannot mix the DNA of animals across species by direct mating, so the only way they could create chimera or hybrid species between animals or between humans and animals was to do it via genetic manipulation as can be done today. This would require that pre-Flood mankind had very sophisticated technologies including electricity, advanced microscopes, gene-splicing and gene-mapping equipment, etc. This conclusion is entirely consistent with Jesus Christ’s prophecy that the latter-day world of our age would mirror the pre-Flood world (Matthew 24:37). This allows for the possibility that the KJV description of Noah being “perfect in his generations” means that Noah and his family were the only remaining humans who had not been contaminated in their DNA by some form of genetic species-mixing not authorized by God.

In other words, modern mankind is repeating the same sins of the pre-Flood world that provoked God to annihilate all life in the pre-Flood world that breathed (Genesis 7:21-23). Since God does not change (Malachi 3:6), what angered God in ancient history will anger God today as well. As mankind “advances” in creating artificial humans with no biological parents and mixing all kinds of species to create hybrids, we can logically expect God to reach the same point of anger he had toward the pre-Flood world. The pre-Flood world was annihilated by Divine action in the Flood. [As an aside, Genesis 7:21-23 notes that all air-breathing life forms outside the Ark died. This does not assert that all fish and oceanic life died–this allows for such deep-dwelling species as the Coelacanth to survive the Flood-as we know occurred.] Thankfully, God promised Noah that he would not destroy the earth with another Flood (Genesis 9:8-17). Instead, at the end of our age, God is going to send Jesus Christ to destroy all sinful societies on the earth and set up a Godly civilization on a global scale in the Kingdom of God/Messianic Age (Revelation 19:11-20:4). That is when the dead in Christ will be resurrected and all saints will be made “kings and priests” to serve as subordinates to Jesus Christ, who will be the “King of Kings.” Mankind will no longer be allowed to rule itself, and Jesus Christ’s utopian rule of peace, true knowledge and prosperity will last 1000 years in a real “new age” on this planet. Sinful mankind will resist Jesus Christ’s intervention and seizure of all the earth’s governments, but it will be to no avail (Revelation 16 and 19).

Ironically, it may be that the more mankind “advances” with technologies that “mess with” God’s plans for life and life forms on the earth, the more mankind will anger God and this will actually hasten the return of Jesus Christ.