Are You Ready for “Soft Robots” to Be Placed Inside your Body? 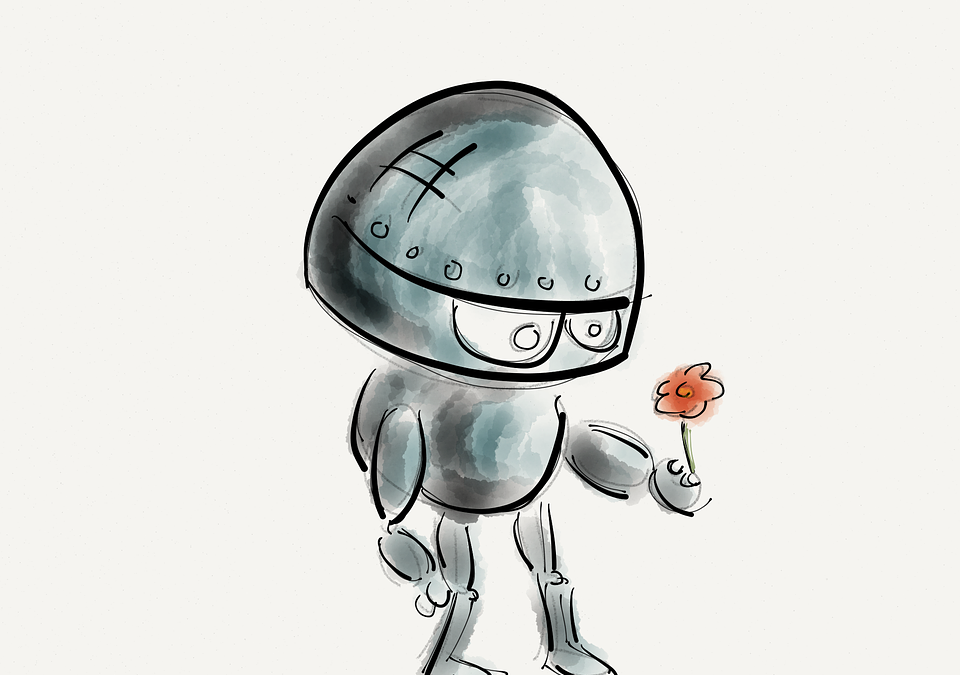 Technological developments are advancing so rapidly that it is truly amazing. The latest development I want to bring to the attention of readers is the invention of “soft robots” which can be swallowed or injected into human bodies for a variety of applications. These three links offer varying perspectives on the invention of miniaturized soft robots which have no metallic structures that can be detected. The links offer various plausible and positive medical usages for these non-metallic, tiny robots, but I also see some military and nefarious purposes that these robots could also carry out.

The first link reports that these soft robots will be able to enter human bodies to “carry in medicines and target specific areas.” Delivery of medicines could surely be done, but why would people want to have tiny robots injected or inserted into the body if they are capable of ingesting medicines the normal way via swallowing or injections via needles. There is another concern. Who will volunteer to be the “guinea pigs” to receive these soft robots inside their bodies for testing purposes? Is there a danger soft robots could accidentally cause embolisms by becoming “stuck” inside small blood vessels? If so, the phrase that these robots could be used to “target specific areas (emphasis added)” allows for criminal usages. For example, could assassins use these tiny robots in a way where they purposefully seek out the heart or brain to cause embolisms in influential people targeted for assassinations?

Please also notice that the first link mentions that tiny nanobots could also be delivered into human bodies in the future. How tiny are they and what mechanisms could be used to deliver them into an unwitting population? Surely they could be swallowed inside a capsule of some kind that was also delivering medicine, but nanobots could also be injected into the general population via inoculations. I suspect there may be little or no legal framework to prevent people being injected with nanobots without their consent.

The second link describes one non-metallic “soft robot” that is three inches long and looks roughly like an octopus with tentacles to give it mobility. I’ve always believed that whenever new technologies are revealed to the general public, the real state of their development is far more sophisticated than what is being initially admitted to the public. It is my view that these soft robots have already been developed to to be far smaller than described in the second link. That link also states that these tiny silicone-based, soft robots can already be manufactured on 3-D printers for the cost of a mere $20. If the technology is so far advanced that they can already be manufactured cheaply via 3-D printers, I think that indicates the real state of advancement is far greater than the second link admits.

There is also the reality that these non-metallic tiny or nanobot-sized soft robots could have military applications. The third link very briefly alludes to soft robotics as being a field being pursued for military applications. I can think of several such applications. It seems evident that all soft robots would be capable of passing through metal detectors and plastic-explosive detectors without being noticed. This brings up all kinds of smuggling applications for these robots. Information on tiny organic computers could be infiltrated through tight security measures without anyone noticing them if they were “piggy-backed” onto a soft robot. This would enable agents to become “information mules” able to evade standard detection mechanisms at borders or security checkpoints. As mentioned above, secret services or high-tech terrorists could assassinate or injure targeted personages by having soft robots with targeting mechanisms unknowingly being inserted into their bodies. Organic or non-metallic nanobots could easily be placed inside food or beverages. Perhaps they could even be inhaled via cigarettes as well. What a “brave new world” we are entering.

This incredible new technology further fulfills the prophecy of Daniel 12:1-4 that mankind’s level of knowledge would increase exponentially at the very end of this age. As I’ve noted in previous posts, the Hebrew word translated “increased” in Daniel 12:4 was also used in Genesis 7:17 to describe how the waters “increased” on the face of the earth during the Deluge of Noah’s time. Just as the waters of Noah’s time “increased” to an unimaginably large volume, mankind’s fund of knowledge will also be unimaginably increased at the end of our age in what the Bible calls “the latter days,” “the time of the end” and similar prophetic phrases. Jesus Christ also prophesied in Matthew 24:37 that the time in which he returns will mirror the pre-Flood civilization and society of Noah’s time. This reveals to us that the pre-Flood world was a very high-tech age like our own. This could not have been understood until the latter days actually arrived and many advanced technologies were re-discovered. The prophet Daniel was told as much in Daniel 12:9. The non-canonized book of Jasher records one advanced pre-Flood technology: that mankind learned the “mixture of animals of one species with the other” (Jasher 4:18). One cannot mate different males and females of different species and reproduce hybrids. Mankind can do this today via DNA-mapping, gene-splicing, DNA-transfers and other very high-tech laboratory means. Pre-Flood mankind had to do it via the same advanced technologies as there is no other way to accomplish this feat. The reality that pre-Flood mankind had a very high-tech society also explains the existence of exceedingly high-tech artifacts and objects that are found in various archeological locations. One does not need “outer-space aliens” to explain their origin. Mankind’s own ancient high-tech civilizations will suffice to explain them. Highly-sophisticated ancient artifacts or constructions could be remnants of the pre-Flood world or artifacts dating to the immediate post-Flood but pre-Tower of Babel period when mankind was rapidly rebuilding the pre-Flood technologies and God decided to stop that from happening by giving all mankind a variety of new languages instead of the pre-Flood language they then all had. Once mankind could no longer read or understand pre-Flood books, manuscripts, blueprints, etc., all pre-Flood secrets were blocked from mankind’s understanding. By giving mankind a variety of languages, God ensured that the nascent nations would be unwilling to share what knowledge they retained. Furthermore, by giving mankind’s nations a spoken language but no written language to accompany it, God made everyone illiterate in one instant. Mankind would need centuries and millennia to rediscover and share knowledge. Interestingly, it was the invention of binary-coded computer languages that made modern mankind able to share and transmit knowledge so quickly and do it across language barriers. This argues that a computer language also enabled pre-Flood mankind to do the same thing on a global scale.

The book of Revelation also prophesies that at the very end of our age, a “beast” power will come into being that will be a global “control-freak” entity that will seek to control many aspects of the lives of all people. Revelation 13:11-18 prophesies this “beast” power will be able to monitor and control all aspects of financial and economic activity on the planet, but such a “control-freak” power will surely seek to control people via other means as well–whether those means are open or covert in nature. The delivery of soft nanobots into people’s bodies (with or without their knowledge) could help the beast power exercise control over all people (and their leaders).

Are you ready to have a variety of tiny “soft robots” injected into your body?