Are You Ready for “Meat” Made in “Stainless Steel Tanks?” 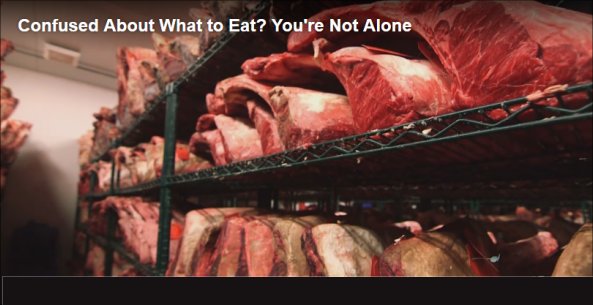 Are you ready to eat “meat” which isn’t really from an animal at all? The first link details that an American firm is preparing to make “beef, chicken and duck” that does not actually come from any slaughtered animal. This begs the question of what kind of regulations will govern the manufacture, distribution or labeling of “meat” that isn’t actually from any actual animals? How can it be labeled “meat” when it doesn’t come from real animals?

With US conglomerate Cargill, and Bill Gates backing this venture, it has some “heavy hitters” supporting this effort. Notice the “sales pitch” in the first link describing this new kind of laboratory-developed “meat.” It states the creation of this new kind of artificially-produced meat is due to “demand for organic products,” especially from millennial consumers. Did you catch the logical contradiction in this assertion? There is nothing “organic” about any “meat” that is produced by this new technique, yet it is asserted that those desiring “organic” products will want to buy manufactured “meat” which is zero percent “organic” meat. Organic meats are much in demand, I’d agree, but that demand is for meats and meat products that are from actual animals such as “free range” cattle, non-caged chickens, antibiotic-free livestock, etc. I’ll bet that none of the demand for organic meat products is for meats that have their origin in laboratory processes. In my mind, proteins that are derived from a factory process that involves no animals cannot and should not be called “meat.”

The second link is from my local city’s newspaper. It states that this new kind of meat is produced “in large stainless steel tanks.” The third link informs us that “chicken” can also being produced in this same kind of factory process. The fourth link adds a description of this new process as being one which can “grow meat from living animal tissue in stainless-steel cultivator tanks.” Does it make you feel better about this new product if it comes from “animal tissues” that are somehow cultured in a factory to produce industrial-sized harvests from “stainless steel cultivator tanks?” It does not make me feel better about this process. Growing up in a farm state and having worked on farms and around livestock during my teen years, I find it repulsive to contemplate eating “meat” that does not come from actual animals. If this new process proves to be able to produce protein that is safe for human consumption, I suppose it could help stave off starvation in third-world nations during famines. It may have uses in such circumstances. However, if I order a  hamburger or chicken strips in a restaurant, I want to be sure it came from an actual animal–not from an industrial brew cultured inside a stainless steel tank.

It is amazing to think that it may become cheaper to make protein products in a factory process than to simply take it naturally from cows, chickens, sheep, etc. If this new process gets implemented, it certainly will put a lot of slaughterhouse and agricultural workers out of business. What will they eventuality name products that come from this new process? Will it be called “manufactured protein,” “non-animal protein” or something like that? That such a process is even possible fulfills the prophecy in Daniel 12:1-4 that at the time of the end, mankind’s level of knowledge would be increased. As I’ve pointed out in other places, the Hebrew word translated “increased” in this passage is also found in Genesis 7:17 to describe how the water “increased” on the face of the earth during the Deluge in Noah’s time. It meant an exponential increase in the amount of water on the earth’s surface in the Deluge of Noah’s time, and modern events are showing it also means an exponential increase in mankind’s knowledge level in the latter days of our age. [For confirmation that we are living in this prophesied time, please read my article, Are We Living in the Biblical Latter Days?]

One last thought. The Bible in Leviticus 11 and Deuteronomy 14 has an extensive list of “clean and unclean animals.” The flesh of clean animals is biblically-sanctioned for human consumption, but flesh from unclean animals is not. Observant Jews and many Sabbatarian Christians do not eat products from unclean animals, and Muslims cannot eat flesh from pigs. Will Jews, Christians and Muslims be able to eat this new kind of factory-made “meat” that doesn’t really come from living, breathing animals? I am not the authority for others’ beliefs and preferences on this matter, but I’d bet the answer for such people of faith would be “no.” If you are in these religious categories or if you are in a category of people that simply want meat from organically-raised animals, you may soon need to ask whether your hamburger or chicken strips came from actual animals or from a “stainless steel tank.” I personally observe the Leviticus 11/ Deuteronomy 14 animal meat laws, and I will be applying those laws only to flesh that comes from actual animals. You are free to make your own choices, of course. However, if we come to a time when “meats” originating from stainless steel tanks are common and one cannot know whether a meat product comes from real animals, stainless-steel tanks or a blended mixture of both sources, I think I’ll order off the vegetarian menu.