Are Food Shortages Looming in Our Future? 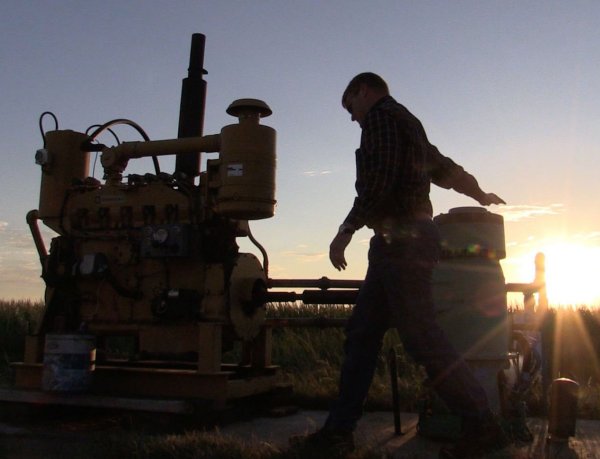 Just during my lifetime, the population of mankind on the earth has risen by billions of people. There is only so much arable land on the earth to grow food to meet the needs of so many people. For decades, the chosen solution to this imbalance between a population explosion and limited arable land has been to create more arable land…via the method of groundwater irrigation. This has worked well for decades as groundwater supplies were tapped to turn arid and semi-arid regions into food-producing acreage. Now, however, there is a severe problem with this situation. The supplies of groundwater available for irrigating crops are in rapid decline.

The first link, originally printed in USA Today, documents just how bad the problem of groundwater depletion is in the Untied States. It is far worse than most realize. We have all heard about the severe water shortages in California and other states, and that agricultural land is being lost rapidly in California and that California is under water conservation measures (I’ve done posts on this very subject). California’s rapidly-vanishing groundwater supply is not the only problem. The huge Ogallala aquifer, which provides groundwater for irrigation all across the American Plains and Midwest states, is drying up quickly. Indeed, the article states that “Groundwater levels are plummeting.” The average drop in groundwater levels in declining wells is ten feet, but other large swaths have wells that have lost 40 or even 100 feet of groundwater supplies. Obviously, this cannot go on. We are using water far faster than nature can replace it. Ominously, the article warns that as underground aquifers collapse on themselves, their ability to be replenished is “permanently reduced.” It cites a prominent American scientist as warning that “Groundwater depletion is this incredible global phenomenon (emphasis added).” Notice the word “global.”

It is not just in American that the world is losing groundwater for irrigation purposes. The second link documents that this same problem is manifesting in Africa and the Mideast. It notes that the problem is “enormous” in the nations stretching from Syria and Iraq through Saudi Arabia and across the Sahara in North Africa. The third link offers a menu of media stories on this topic that should interest readers who wish to study this growing problem in greater depth.

The problem in the USA has become so severe that it must be addressed at a national level. Such a national conference on how to address this threat to the USA’s food supplies is scheduled for March, 2016 in Washington, DC (third link). It adds that almost 2/3rds of all groundwater wells in the US database are already showing water depletion problems.

In a related story about another threat to food supplies, a federal scientist in the Department of Agriculture in my home state of South Dakota claims he was “punished” by his superiors for revealing research that indicated there is “a link between pesticides and the decline of bees and other pollinators” (fourth link). He does seem to be a whistle blower who warned about a pressing problem, and it also seems his agency superiors would apparently wish the research report had been “covered up” as it offends powerful special interests. Speaking personally, I can state with certainty that my own observation is that some species of small wildlife, birds and insects of all kinds have been disappearing from rural roads and ditches as chemical farming has increased in recent decades. It is no surprise if bees and other pollinators are also being reduced in numbers. Bees and pollinators are critical for many vegetables, fruits and nut crops that we take for granted in our supermarkets. If bee populations increasingly decline, a point will be reached where the supplies of many kinds of foodstuffs will decline as well. The population as a whole likely doesn’t notice this problem yet. However, we are approaching a point where the reduced supplies of many kinds of table foods will eventually become noticeable.

The fifth link has a report on a scientific study by the University of Vermont which shows how widespread the drop in bee numbers is across the USA and which American states are being affected the worst. Notice that the chart shows the loss in bee numbers is worst in important food-growing regions of the USA, including my home state. Obviously, the use of pesticides is greatest in agricultural states and regions, which offers circumstantial support to the study referred to in the fourth link.

The second link mentions “more cost-effective desalinization techniques” as one means of ameliorating the effects of our growing freshwater supply problems. I agree. Indeed, I think a ready solution already is available, but is not being used. The military has naval ships that desalinate water, and the army has vehicles which do the same thing. As an example of a wasted resource, the sixth link is an article from the Russian media about the US Army’s massive reserves of armored and military support vehicles. The entire link is well-worth watching, and it is worthy of note that this report is from the Russian media so Russia knows all about them and where they are. At about the 3:28 minute mark of the video link, you will see two large surplus military vehicles that are identified as water-purification vehicles. Hmm. Given that we have a growing need for freshwater supplies in the USA, why are large American water-purification vehicles just sitting around doing nothing? Why not activate all of them and use them in states along the West, East and Gulf coast that need freshwater and are located next to inexhaustible supplies of saltwater to desalinate? Indeed, why not mass-produce these military desalinization technologies and adapt them for civilian use–locating them in all our coastal cities to boost water supplies?

Prophetically, the growing threats to our food supply were prophesied in the Bible. Revelation 6:5-6 foretells that at some point in the latter day sequence of events at the end of our age, there will be mass food scarcities. Grains, plant and tree oils and wine (grapes) are specifically mentioned as foodstuffs that will be in short supply. The wording of the prophecy does not foretell that there will be a total lack of foodstuffs. Instead, it foretells that there will be severe enough food shortages that food supplies will be rationed by rising prices. The warnings in these links indicate that we are drawing near to a point where this prophecy will be fulfilled.

I hope that you are taking reasonable measures to prepare for a time of food shortages–a time which the Bible warns us is sure to come. Some common sense, biblically-based principles about preparations for future problems is contained in my article, Should Christians Prepare for Hard Times? It also includes a checklist of items that FEMA says every American should have on hand for emergencies. Check the list to see if you are really ready for an emergency. This specific link has changed over the years, so if it is not currently active, you can search for it at fema.gov.