Are Americans Being “Prepped” for a Pending Financial Crisis? 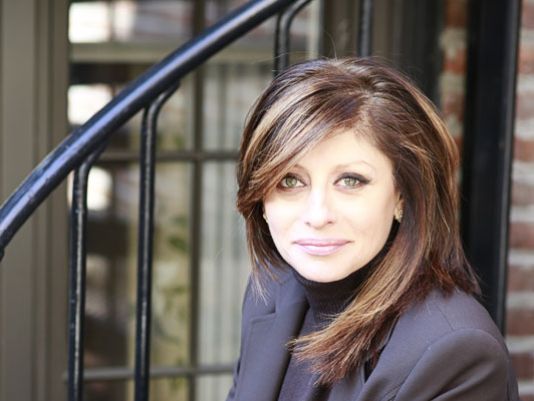 I think most American readers are familiar with the usual “happy talk” and economic “cheer leading” that constitutes most financial news coverage in the USA (and likely, the entire western world). Given that standard nature of financial news reporting, I was surprised to see a recent trilogy of articles/columns in the USA Today national newspaper that predicted a future, and perhaps imminent, financial crisis in America and the world.

I found it interesting that these gloomy forecasts were all found in the USA Today. While the Wall Street Journal is a national financial newspaper read by investors, financial insiders and the political cognoscenti, the USA Today is read by the average citizens. I think the insiders are well aware of the growing fiscal pressures and traumas within the global financial system that are becoming unsustainable, but the average American is largely unaware of the global political/financial dangers that are growing and which are becoming insoluble and unmanageable. It is my opinion that in having these gloomy forecasts appear in the USA Today, the insiders and elites are beginning to prepare the masses for what is eventually going to happen. Please read these links, and ask yourself if their forecasts are starkly different than the “happy talk” you usually read in the financial media.

The first link is authored by well-known financial analyst, Maria Bartiromo, and her article dated September 14, 2015 is entitled, A bleak picture of global economy. Her column is in the form of an interview with one of her “favorite independent research analysts.” Here is some of the commentary presented in her interview. It is noted that American factory orders “have dropped for a ninth-straight month,” and that financial data is “screaming at us that something is wrong on the industrial side of this economy.” It also notes that the “rebound in the job market” [what little there is] is “more of a rebound of lower-paid jobs.” The article also includes the statement: “The financial markets are in a very scary time right now,” and that “we’re still looking at the real unemployment rate well into the double digits (emphasis added).” Did you notice that last comment? This asserts the real unemployment rate is in the double digits, indicating that the US government’s officially-reported rate is phony. This should hardly surprise anyone. It is my view that the official unemployment and inflation data have been phony for the last several presidential administrations. A reputable financial reporting website agrees. The third link and fourth link, from shadowstats.com, report their calculated unemployment and inflation rates for recent years. You will note that according to this reporting service, the real unemployment rate is 22.9% and the real inflation rate is approximately 7.5% (see second chart on the right side of their page). If their data is correct, then the only conclusion one can draw is that the US government is lying to its own citizens and the world on a massive scale.

The second link is by Gerald Celente, whose opinions I recently cited in a post of my own. His guest column in the USA Today on August 25, 2015 is entitled, World sinks deep into recession. His column includes a claim that his team predicted a major global equities drop before the end of 2015, and that actions taken by global central banks since 2008 “merely relieved the symptoms of the Panic of ’08, but were not the cure.” He also forecasts that gold “will be highly-valued as a safe haven commodity.” In all fairness, the column by Mr. Celente was part of a “pro-con” op-ed piece in the USA Today.

The third link is a short sidebar article that appeared in the USA Today on September 15, 2015. It was written by well-known financial analyst and author, Robert Shiller. The print version of the article does not mention it, but the electronic version of the article notes he is a Nobel Laureate for Economic Sciences. Mr. Schiller says “‘this is a dangerous time’ for the stock market,” and adds that the Dow Jones Industrial average “could fall to 11,000– a 33% drop from current levels.”

I hope the above statements from respected establishment sources convince all readers that we are not living in normal financial/economic/monetary times. I agree with them that we are living in dangerous times, and the Bible prophesied that a time of great financial/monetary danger will come upon the entire world in the latter days of our age, just prior to open Divine intervention in world affairs. As I have often pointed out in previous posts for years, Revelation 17-18 prophesy that a collapse of the global financial/monetary system will occur in the latter days. The incumbent system (the one we have now) will be forcibly overthrown by a large alliance of nations (and possibly global financial powers) called the “seven heads and ten horns.” This latter alliance will create a new global international system which Revelation 17 calls the “beast” system.

Revelation 13:1-5 foretells that the beast system will dominate the earth for a mere 42 months before Jesus Christ returns at the head of a heavenly army to take complete control of all of mankind’s governments (Revelation 19:11-20:4). Don’t envy the leaders of this final “beast” system. Revelation 19:20 also prophesies the top political and religious leaders of the final “beast” system will be executed by Jesus Christ when he returns. He is not returning as “the little Lord Jesus” when he comes the Second Time. He is coming as a conquering King who will take over all human governments and put in power his new appointees (his resurrected followers) over all nations. The human leaders of the nations won’t want his rule and will fight him. Revelation 19:14-21 tells us in advance what is going to happen. Any leader or soldier who opposes Jesus Christ’s return will die. Zechariah 14:12 tells us one method the Messiah will use to slay his enemies (it is depicted in the famous movie, Raiders of the Lost Ark).

Those wishing more information about why the Bible refers to our current global financial/monetary/banking system as Babylon the Great are urged to read my articles, The Babylonian Origin of the Modern Banking System and Is Babylon the Great about to Fall…Ushering in a Global Beast System. Those wishing to read an article offering what I think is sound, balanced, biblically-based advise on how to prepare for what it coming in our future are urged to read my article, Should Christians Prepare for Hard Times? The trilogy of recent pieces in the USA Today should warn us about the possible nearness of a major global crisis.