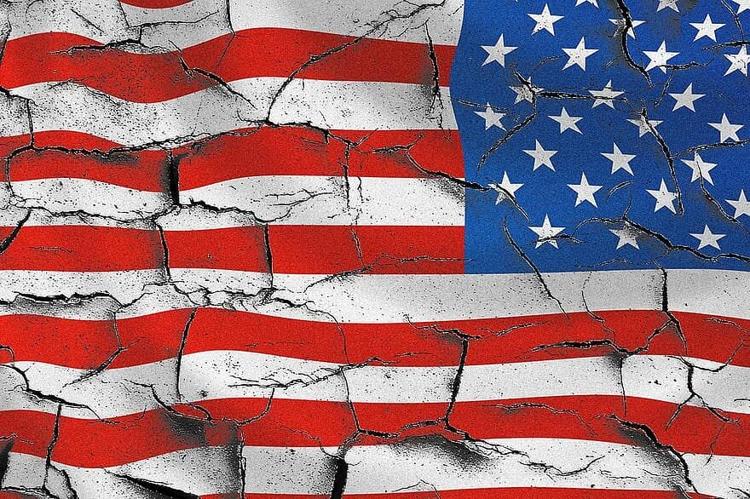 In international geopolitics, one hears the terms “hard power” and “soft power.” Hard power refers to sheer military strength. Soft power refers often to diplomatic influence and the ability to persuade nations to take courses of action based on an underlying hard power to back up one’s national positions. Since the end of World War II, nations like the USSR and the USA had massive hard power as well as soft power. Both the USSR and the USA displayed clear willingness to use military power, so each nation had lots of soft power as well.

Recently, the USA suffered a major loss of credibility on the world stage when President Biden and his administration surrendered to the rag-tag Taliban’s deadlines and staged a cowardly, hasty retreat from Afghanistan–leaving hundreds of Americans, allies and perhaps $70 billion worth of US military equipment behind for the Taliban to seize. As a result of refusing to use its abundant superior military power to implement a strategic withdrawal under America’s own terms, the USA suffered a huge loss in both its hard power and soft power on the world scene. The consequences of this terrible decision are spreading globally.

Russia has chosen to lay down a gauntlet over the Ukraine in the aftermath of the USA’s cowardly retreat from Afghanistan. Russia is taking a hard-line stance about invading the Ukraine unless the USA and NATO agree to not allow the Ukraine to join NATO (first link). Talks are continuing, but the Russian position seems likely to prevail. No NATO nation wants to go to war to defend the Ukrainians, but if the USA and NATO had some backbone, they would at least sell lots of lethal military hardware to the Ukrainians to deter a Russian invasion. In the Indo-Pacific region, China is taking military actions as if it is preparing to invade Taiwan (second link). Both Russia and China are emboldened to push the USA and the West harder due to Biden’s shocking weakness in Afghanistan.

The Mideast is also being affected. Iran is still pushing to develop nuclear weapons to destroy the Israeli nation, and Israel continues to take whatever military action it deems necessary to prevent Iran from having nukes. Another Iranian nuclear site suffered an explosive failure, setting back Iran’s nuclear ambitions (third link). Israel is a nation which possesses both hard power and soft power because no one doubts its willingness to use as much hard military power as necessary for the nation to survive. The USA has suffered another setback in the Mideast. The UAE had decided to buy US F-35s, but in the aftermath of Biden’s Afghanistan debacle, the UAE is thinking of purchasing French warplanes instead of American warplanes (fourth link and fifth link). This would be a huge loss for American business, but the UAE is likely considering switching to French suppliers as they are now deemed more reliable than the Biden administration in military matters.

Consider Russia’s aggressive actions toward the Ukrainian border region. Why should Putin worry at all about the USA’s willingness to defend the Ukrainian border with Russia when the Biden administration refuses to protect America’s own border with Mexico! The unwillingness of the Biden administration to protect America’s own borders makes it a laughingstock on the world scene when it tries to talk tough on the integrity of Ukrainian borders. A nation that can’t or won’t protect its own borders need not be taken seriously on the world scene. The situation is so bad at the USA’s Mexican border that foreign nationals from 106 nations were seized at the border coming illegally into the USA (sixth link). The situation is so dire that part of the Biden administration is adopting the logic of the Trump administration in the need to secure more of the border with physical barriers (seventh link). The security situation at the USA’s southern border is so dangerous that the Texas state government is acting on its own to spend over a billion dollars to erect many miles of physical border walls (eighth link). It is a sad situation when American states have to take action to protect America’s borders, a responsibility the federal government is horribly neglecting. The ninth link is an analysis of just how bad Biden’s foreign policy failures have been just in the first year of his administration.

In the Bible there is a passage that deals with the topic of hard power and soft power. Leviticus 26 lists the blessings that will accrue to nations which obey God’s laws and it also lists the curses that will befall nations that disobey God’s laws. Leviticus 26:19 prophesies that one of the national curses for disobeying God’s laws is that God will “break the pride of your power.” In other words, nations that adopt sinfulness as national policies will lose the will to effectively use the power they possess–in other words, they they will lose soft power as well as hard power over time.

[Note to readers; Although I have recovered sufficiently to be removed from our state’s covid isolation list, I am still bothered a lot by bronchitis and much fatigue from the twin effects of covid and bronchitis. The prayers of readers are requested so I can regain my strength and get back to a more normal writing schedule.]