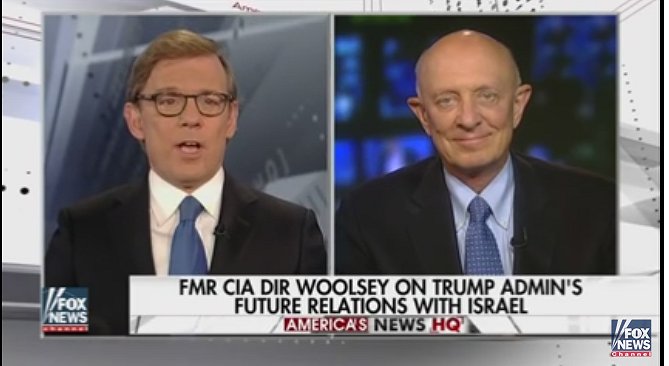 As many readers realize, American-Israeli relationships fell to an all-time low point during the Obama administration as Obama courted the Iranians and was openly hostile to Israelis in general and to Israeli Prime Minister Netanyahu, in particular. This made intelligence sharing and defense cooperation between the two nations strained, to say the least. With the election of Donald Trump as the new US president, this is all about to change, according to all expectations. A President Trump seems poised to restore excellent bilateral relations and co-operation between the USA and Israel, and he may be the most pro-Israeli American president ever.

The first link examines the viewpoint of former American CIA Director James Woolsey, a Democrat, who supported Trump. He expects a great improvement in American-Israeli relations, and the second link asks the somewhat tongue-in-cheek question if Trump is so pro-Jewish that he may qualify as the “first American Jewish president.” It also notes that Donald Trump’s daughter, Ivanka, is a practicing member of the Orthodox Jewish religion and that Donald Trump served as a Grand Marshall of the annual “Salute to Israel” parade in New York City. Very importantly, it also notes that Trump may well renegotiate or discard the disastrous nuclear “agreement” that Obama concluded with Iran. Trump will also be very tough on fighting radical Islamic terrorism, something Obama could never bring himself to do.

The third link focuses on Trump’s likely approval of moving the US Embassy in Israel to the City of Jerusalem, which would formally recognize Jerusalem as the capital city of Israel. It also reviews many of the pro-Israel American public figures who are candidates for top positions in a Trump administration, and recognizes the key role in the Trump campaign played by Donald Trump’s Orthodox Jewish son-in-law, Jared Kushner (Ivanka’s husband). The fourth link focuses on the positive reaction of Israeli governmental figures to the new top security personnel selected so far for the Trump administration.

Clearly, the new American administration is going to forge a strong American-Israeli alliance on all kinds of regional, intelligence, business and security matters. Personally, I find this to be a most heartening development! History may well record that the negative American-Israeli relationship during the Obama administration was an aberration that both sides were relieved to see come to an end.

Allow me a digression. As long-time readers of my blog and those who have read my books know, the USA can be identified as being founded by the ancient Israelite tribe of Manasseh, one of the two Israelite tribes that compose the house of Joseph (who was the father of Ephraim and Manasseh). To examine some of the primary reasons why the USA is the biblical nation of Manasseh, please read my free article, The USA in Biblical Prophecy. While the tribe of Ephraim (the British Empire) was dominant in world affairs for centuries, the nation of Manasseh has been dominant since World War II. The British and American nations were blessed with national wealth, prominence, natural resources, victories in war, etc. not because they were “better” than other nations, but because they were the recipients of the biblical “birthright” blessings originally given to Abraham, Isaac and Jacob/Israel, who gave them to Ephraim and Manasseh (Genesis 48:14-20) and specifically prophesied they would have those blessings in the latter days of our current age (Genesis 49:1). The full documentation for these identifications is found in my books and many of the main points can also be accessed by listening to my free audio messages on the comprehensive history of the Israelite tribes. The Creator God of the Bible is working out a Divine plan in mankind, and the locations of the supposedly “lost” ten tribes of Israel in the modern world is a key part of that Divine plan for the nations. Currently, few people realize that the ten tribes of Israel are very numerous in the modern world and are found among the leading nations of the western world. In the future, the entire world is going to know this information, and it will change dramatically how the world views itself. It will also make the world realize that there is a Creator God, and I don’t think the world is ready for that revelation.

The imminent close cooperation between the USA and Israel means that the House of Joseph and the House of Judah will be allied in the modern world as we progress deeper into the latter days of our age, and that is a very good thing.