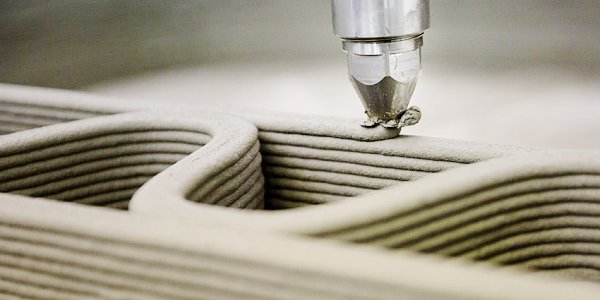 As long-time readers of my blog know, I regard the prophecy of Daniel 12:1-4 as a key “latter day” prophecy which is being fulfilled in our modern world. In this post, I offer more evidence that this ancient prophecy is being fulfilled with remarkable accuracy in the modern world. That prophecy foretold that at “the time of the end…knowledge shall be increased.” The word “increased” in this prophecy requires some commentary to appreciate how expansive this prophecy really is. The Hebrew word translated “increased” is the same Hebrew word used in Genesis 7:17 to describe how the waters “increased” on the earth during the Flood of Noah! In Genesis 7:17, this word described an exponential and vast increase in the amount of water on the earth’s surface. Indeed, it described the earth being submerged in those “increased” waters. In the Daniel 12 prophecy, that word indicates that there will be an exponential increase in mankind’s fund of knowledge at the end of age and that the world would be awash in technological advancements due to the exponential increase in knowledge. The prophet Daniel attempted to understand what to him was an incomprehensible prophecy which God gave him, but was told that he would not understand it in his lifetime. He was told only those alive at the actual “time of the end” would be able to understand the prophecy’s meaning.

We now understand the meaning of the prophecy in Daniel 12:4. Our world is experiencing a “knowledge explosion” that is doubling and redoubling the level of knowledge so fast it is hard to keep up with what is being invented and discovered. New technological advancements have progressed so rapidly over the last few decades that our modern world would seem like a science-fiction society if we had all seen it in advance when we lived in the 1950s or 60s. This post will focus on recent advancements in 3D printer technology that are making all kinds of things possible that would have been deemed impossible just a few years ago.

The first link addresses how 3D printer technology has “gone big.” It is now possible to build, with large 3D printers, a functional and very sturdy house in less than a day. This link describes the use of 3D printers in the Western world and in other nations to build structures out of concrete or metal. The second link describes one floor plan of a 3D printed and manufactured house as a 650 square foot cement house. The cost? Approximately $4000. Obviously, such a house does not include all the amenities of a modern “stick-built” house, but it is serviceable and very sturdy. The second link indicates that this type of large 3D printer house will soon be making multiple housing units in El Salvador to shelter people who lack permanent housing. This has massive implications for disaster-relief applications as well as for cheap and affordable housing for millions of people who need shelter for economic reasons or due to displacement because of war or civil strife. I’m sure we have all seen televised examples of disaster-relief agencies trying to house people in tent cities when large numbers of people need emergency shelters. However, tents are very vulnerable to windstorms, hurricanes, floods, etc. Think of the transformation that would be possible if hundreds of large 3D printers went to work quickly making thousands of permanent structures for needy people? 3D manufactured concrete or cement structures would be very earthquake-resistant as well.

There are huge military applications for advanced 3D printers. These links discuss how 3D printers will be used (and already are being used) to make structures and other items with just “locally-available materials.” In other words, 3D printers can make all kinds of things by simply transforming available dirt, sand, rocks, pebbles, etc. This being the case, commando teams could be deployed on missions with very little in the way of necessary equipment and materials. They could make camouflaged structures looking like surrounding rocks to hide their presence, and they could use materials in the surrounding earth to make everything from ammunition to eating utensils. I don’t think it is yet possible to make food and water from “locally-available” organic materials, but that result is likely only a few more discoveries away. Soldiers and sailors could use 3D printers to make all kinds of temporary but functional replacement parts for repairs of all kinds.

NASA is also funding high-tech applications for 3D printers. They are planning to use them to make structures and necessary equipment for astronauts on missions to Mars, the moon or anywhere else. The third link describes these plans and adds that 3D printers could be sent to Mars in advance of any astronauts, and that these 3D printers could make double-walled shelters and other critical pieces of equipment for the astronauts before they even arrive on a Mars mission!

Yes, we are living in the time prophesied in Daniel 12:1-4. We do understand what a “knowledge explosion” looks like as it is increasingly unfolding all around us in real time with every passing year. If this prophecy was made by Nostradamus or some other ancient mystic, its fulfillment would be proclaimed widely. However, since it is from the Holy Bible, it is suppressed and ignored by the world. Those who know the Bible can see what is occurring and be strengthened greatly in their faith by the obvious fulfillment of this prophecy.

There is another biblical historical passage that deserves comment. After the Flood, mankind quickly began re-building the pre-Flood technologies which had ultimately led God to annihilate the pre-Flood civilization due to their widespread sins and rebellion vs God’s intended ways. Not wanting to see a repeat of that outcome, God intervened to confuse everyone’s language to stop the sharing or discovery of technology and technical knowledge. By giving everyone a spoken but not a written language, God effectively made all mankind illiterate. They still had high-tech devices and had the “head knowledge” of how to use them, but they could not write any kind of manual to future generations about them. God also divided what remained of mankind’s level of knowledge into the various nascent nations which were suddenly created according to the new language barriers. After language barriers were created, mankind was no longer either able or willing to share knowledge. Just before God confused the languages, he looked at their project to build a “tower of Babel” and concluded that they had reached such a high tipping point of knowledge that they were about to implement and develop all “which they have imagined to do.” God is a Creator and he made mankind in his image (Genesis 1:26), so mankind ever wants to create new things. Matthew 24:37 shows that it as within God’s will for mankind to develop a civilization in the latter days like the pre-Flood civilization had developed, which fits perfectly with Daniel 12:4’s prophecy of a knowledge explosion in the latter days.

As I have stated in various previous posts, what is being openly revealed to mankind in media reports about the latest technological advances is almost surely far short of what is being developed and built in secret labs and facilities where the public and media are never allowed. If we knew everything about what has already been developed and deployed, I think we’d all be truly amazed.

Please read my free article, Are We Living in the Biblical Latter Days?, for an in-depth examination of biblical prophecies showing that we are, indeed, living in that prophesied period of time. Finally, the world and even much of Christianity has been duped into thinking that the Bible asserts that the earth is only 6000 years old or that it indicates that the dinosaurs had to be alive with modern mankind’s forebears within that 6000 year period. The Bible teaches neither of those concepts. The Bible allows for the earth and the physical Universe to be eons old and allows for a previous civilization and prehistoric flora and fauna, etc. long prior to mankind’s creation. If you would like to examine what the Bible does teach about the earth’s prehistoric period, the age of dinosaurs, etc., please read my free article, Is the Earth 6000 Years Old?