Alliance Between Israel and India Deepens 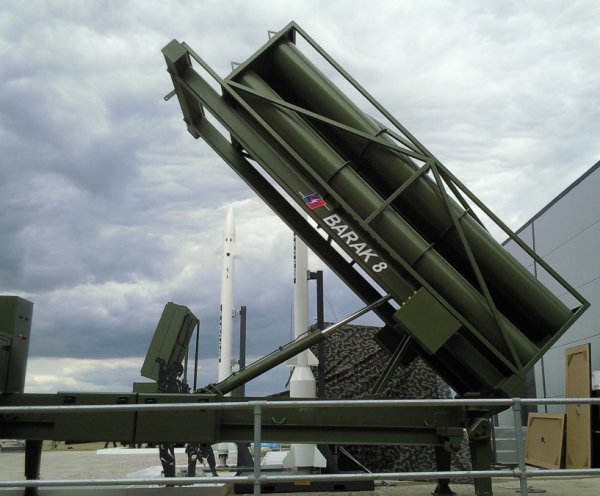 These links report that Israel and India have been co-designing and will soon be co-producing a new defensive missile system to guard against many types of threats. The first link indicates that the missile has been successfully tested and will be operational in both the Israeli and Indian militaries by 2018. However, after reading the second link, I got the impression that this missile defense system could be operational and deployed well before 2018. The links report that one of the missile’s uses will be to defend the new Israeli gas fields in the Eastern Mediterranean Sea from Hezbollah missile attacks. However, there is no reason that this new missile system cannot defend naval fleets and fixed installations from threats as well.

Israel and India have been drawing closer together as allies on various military projects for several years. This joint missile project deepens that alliance. Nations do not share military and technological secrets to develop a major new weapons system unless they plan to be allies for a long time into the future. The lack of leadership from the Obama administration is also compelling many nations to make and deepen alliances between themselves as they wait for what will, hopefully, be the election of a responsible and capable US president in the 2016 elections.

The above development made me think of how some Christians have viewed a particular prophecy about Judah (the Israelis/Jews) in the latter days. I think some have had an overly pessimistic interpretation of Zechariah 12. Verses 1-9 prophesy that the city of Jerusalem will become a major flashpoint during the latter days, and that has certainly come to pass. However, I want to focus on verse 3. Some have believed that this verse prophesies that all nations will abandon and forsake the Israelis during the latter days. I would like to point out that it prophesies no such thing. The verse states that: “…in that day will I make Jerusalem a burdensome stone for all people: all that burden themselves with it shall be cut to pieces though all the people of the earth be gathered together against it (emphasis added).” Notice that the word “though” makes this a conditional or hypothetical/rhetorical situation, not an actual prophecy that this will occur. What this verse firmly asserts is that God will remain faithful to defending Judah and Jerusalem in the latter days even if all nations abandoned them. This prophecy emphasizes that God’s faithfulness to defend Judah and Jerusalem is a certainty no matter what other nations do. Notice, however, that this verse does not state: “all nations of the earth will be gathered against Judah and Jerusalem” even though some do get that wrong impression.

Real world geopolitics show that the Israelis have a number of important allies in the modern world. The above development indicates that India and Israel are becoming strong allies. Previous posts have cited the strong ties between Greece and Israel. Other posts have followed the steadily developing alliance between Israel and the Sunni nations of Egypt, Saudi Arabia and Jordan and other Sunni nations as all of these nations are increasingly threatened by the growing power of Shiite/Persian Iran. A large majority of the American people are strong allies of the Israeli people and nation and would demand their government defend Israel if it were threatened. While President Obama has been oddly hostile toward the Israelis and Prime Minister Netanyahu, it is very likely at this point that the next US president will re-establish and re-assert the historically very close alliance between Israel and the USA. Indeed, I think that Ezekiel 38:1-6 more than infers that the Israelis will be a key ally within the western alliance that will be attacked by the Gog-Magog alliance at the end of our latter day age. No nation descended from Abraham is mentioned as being within the Gog-Magog alliance in the latter days. This leaves us with the conclusion that all the nations descended form Abraham will be in the same alliance at the end of this age. That includes the USA, the UK and many NATO nations, the Sunni Arabs, much of Eastern Europe (via Abraham’s wife, Keturah) and a substantial part of India (via the sons of Abraham’s concubine which were sent to inhabit a country located to the east of the Holy Land–Genesis 25:6). Turkey is descended from Abraham as well via Esau, even though Turkey’s current leader is anti-Israeli. Turkey and Israel had a good relationship before Erdogan became Turkey’s leader–Erdogan is anti-Israeli and has been pushing Turkey in an Islamist direction. That may not last if Turkey gets a new leader and reverts to its moderate Muslim tradition established by Ataturk. Judah, the Israelis/Jews, are descended from Abraham and I expect them to be allied with all the other modern nations descended from Abraham in our latter day period of time.

For more in-depth information about the identifications of modern nations in terms of their biblical names, I refer readers to my articles: What Ezekiel 38-39 Reveal about a Future World War III, Japan’s Role in Prophecy and The United States in Bible Prophecy. While these articles will give the major points documenting these identifications, my books go into the greatest detail on many modern nations, and they can be obtained via the book links at my homepage.