After CIA Attacks vs. Trump; Trump Turns to the Mossad 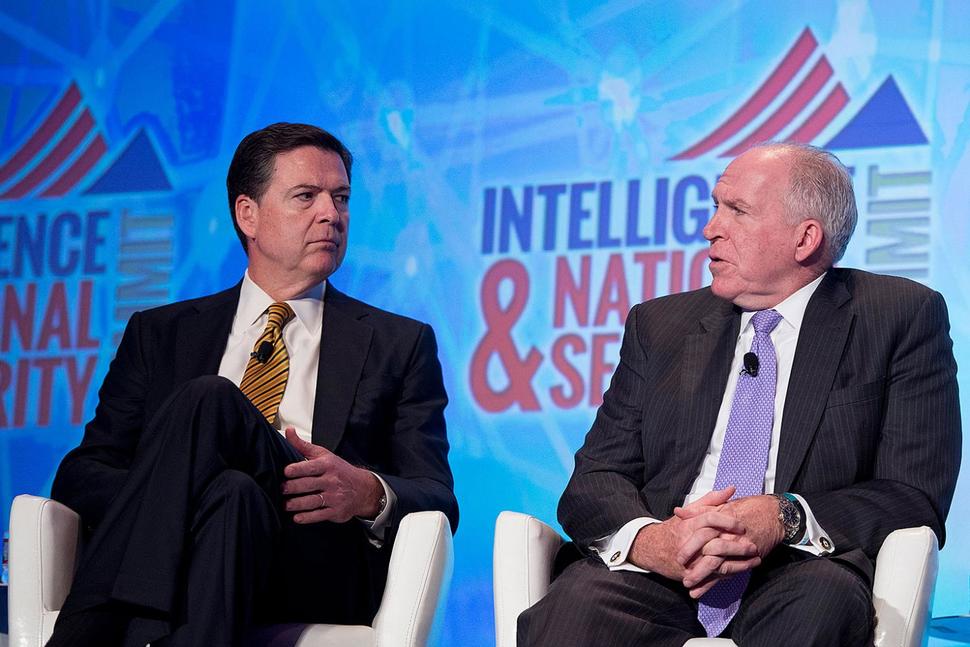 There are developments in the last days of the Obama administration and the ongoing efforts by the Trump transition team that tell me that there is something very important going on regarding Trump’s ability to trust US intelligence agencies when he becomes president.

It is well-known that there were endless media stories in the weeks and days leading up to the US presidential election that the CIA believed that Russia was hacking the US elections and many media efforts asserted it was to help Trump win the election. One could hardly listen to news channels without this being an incessant story. The general media line was that the CIA and FBI and other intelligence agencies were all asserting the above. One sample story is found in the first link as well as a GOP Congressman calling that story “B.S.” in the second link. An expanded analysis of the assertions by the US intelligence agencies that Russia tried to hack the US election and to help Trump is found in the third link. Obviously, the steady drumbeat of the narrative of the US intelligence agencies about this story and the endless media reporting about it served to strain the trust between Trump and his staff and the US intelligence community. I think the latter assumed Hillary Clinton would be elected so they would not have to prove or be held accountable for their often vague and anonymous assertions about the Russians hacking the US election “to help Trump.”

After Trump was elected, Trump had every reason to not trust the US intelligence agencies who were headed by President Obama’s political appointees. Indeed, the fourth link reports that Trump was not bothering to read many of the CIA’s daily intelligence briefings after he became the president-elect. Can you blame him? I think the reason he declined to read many (or any?) of the CIA’s briefings (fourth link) is that he knew they were prepared, edited and approved by Obama’s political appointees who were devotees of political correctness and likely written to conform to the same ideological prism which prevented Obama from even saying the words “radical Islamic terrorism.” A good case can be made that Trump would have every reason to doubt the usefulness and accuracy of CIA intelligence briefings prepared for him by the Obama appointees who shared Obama’s far-Left ideologies.

It should be noted that any Russian effort to hack into the Democratic National Committee (apparently for months according to some reports) does not, ipso facto, constitute any effort to “hack the election”–which would be an actual cyber-interference in altering the voting totals being reported on election day. The Russian hacking effort was even-handed. The fifth link reports the Russians also tried to hack into the Republican National Committee computers, but the RNC cyber-defenses were much better and the Russians could not penetrate their defenses. This makes me wonder if the DNC used the same porous “defenses” that Hillary Clinton had on her private server…but I digress. There is only one actual report I’ve seen in the media that any government or governmental agency tried to hack the vote-counting effort on Election Day. The sixth link states the Georgia elections agency intercepted an effort to hack their computers on Election Day. Was it the Russians? No. It was President Obama’s own Department of Homeland Security that was the identified hacker, and Georgia officials are trying to get an answer from the US government why it tried to hack Georgia’s election. Good luck on getting an answer to that question. Readers can form their own guesses for the motive behind the reported DHS hack of the Georgia election.

There is one other very firm piece of evidence that Russia did not attempt to hack any computers on Election Day with an eye to altering the results. The Russians read our media reports and they knew which states were “battleground” states which would determine who would be elected president. That is where Russian hacking should have occurred if any such effort was actually attempted. One such battleground state was Wisconsin, which, surprisingly, voted for Trump. The state of Wisconsin conducted a thorough statewide recount of the votes from Election Day. Did it find any evidence of any election tampering by the Russians? No. Was there any evidence that anyone tampered with its Election Day vote totals? No. To date, I haven’t seen any tangible evidence that the Russians actually hacked into any US election returns or that their efforts changed so much as a single vote on Election Day.

Put yourself in Donald Trump’s shoes now. Would you trust the daily intelligence briefings of the very agencies and officials who had tried to stop you from being elected president with all kinds of murky and sometimes-anonymous claims the Russians were hacking the election “to help Trump?” I’d have my doubts about the honesty and accuracy of such reports, as I’d bet many readers would as well. President-elect Trump still needs some trustworthy intelligence briefings to know what is really going on in the world and the true state of affairs in its various hot spots. To whom did he turn? The seventh link, eighth link and ninth link report that Trump’s staff had a “clandestine” (as one link puts it) meeting with the top officials of the Israeli intelligence community who flew to the USA to brief Trump’s team. According to the links, Israeli Prime Minister Netanyahu sent the Israeli National Security Head, Yaakov Nagel, the Director of the Mossad, Yossi Cohen and perhaps others to give an intelligence briefing to the Trump transition staff. The Israeli Ambassador to the USA was also present, according to the reports. I’m sure that meeting was very comprehensive and intended to foster an excellent relationship between Israel and the USA in a Trump presidency. If the meeting was intended to be clandestine, it didn’t stay that way as it got publicly reported. The links assert the Israeli intelligence community heads consulted with the Trump transition team on matters including the Iranian nuclear agreement, the Syrian civil war, etc. I’m sure the meeting covered many other topics including the true state of terrorist threats, how to take out ISIS quickly when Trump becomes president, etc.

I think we are in for a very exciting time when Donald Trump becomes president. I also think that during a Trump presidency, the USA and the Israelis will enjoy their closest political, military and intelligence cooperation in history. From my point of view, that is a very good thing. We’ll have to wait to see how this plays out in terms of biblical prophecy, but it seems to me that the Almighty has recently decided to take an active hand in the affairs of mankind and he will be deciding the outcome of more elections and national actions in the future. In spite of what the deluded evolutionists would have you think, the glorious and all-powerful Creator God does exist and his sovereignty is absolute. We all need to remember that in any election or event, God’s “vote” outweighs all human plans, plots, votes and actions. If you would like abundant evidence that God truly exists, please read my articles, Are We Living in the Biblical Latter Days? and Is the Earth 6000 Years old? To give you some hints (and to pique your curiosity), the answer to the question posed in the title of the first article is “Yes,” but the answer to the question posed in the title of the second article is “No.” I agree with the scientists who say the earth could be billions of years old…and so does the Bible. If that surprises you, you have even more surprises awaiting you when you read that second article.

One last thought. If God has decided to take an active hand in global affairs by shocking the world with the Leave win in the British Brexit vote, the stunning Trump win in the US presidential election, and the subsequent actions by president-elect Trump to chat with the Taiwanese president, pose for photos with Nigel Farage of the UK and get his intelligence briefings from the Mossad, then we are in for quite a ride in the next few years. Fasten your set-belts!