A BIBLICAL LOOK AT “CLIMATE CHANGE” 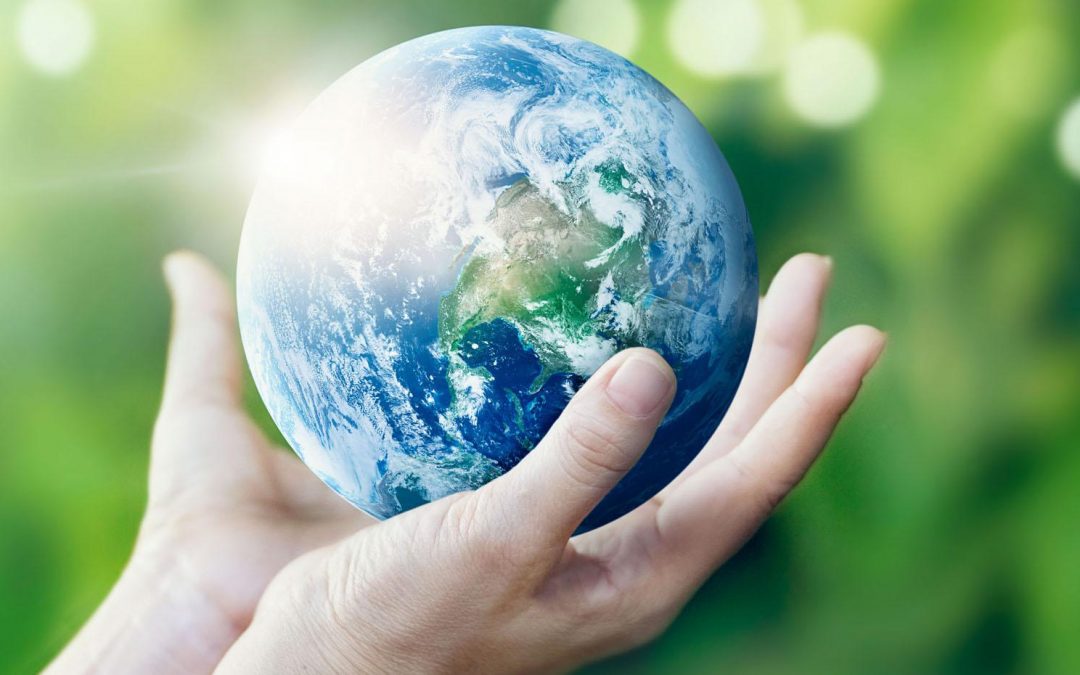 As world leaders arrive for yet-another meeting about the need to stop or change energy usages by the common people in the interests of fighting “climate change,” many of those same leaders arrived in private jets and have the largest personal “carbon footprints” of any human beings on earth. Does the word “hypocrisy” come to mind? Before examining some biblical prophecies for the latter days that address climate change, let’s consider some very odd pieces of news that recently occurred that are part of this overall subject.

I’m sure all readers are aware of the extensive California wildfires that have burned so many acres of land this year (and last year). These wildfires have been used as a “proof” that climate change is now so bad that draconian sacrifices must be made by the common people. In a bizarre revelation, a Cal Tech graduate called a “scientist” in the first link has been arrested for starting one of the California wildfires (first link and second link). The arrested female graduate has graduate degrees in chemistry and biology from Cal Tech and the second link adds that she was arrested with a “working lighter” (an incendiary device) on her person at the time she was arrested. The links indicate she may yet also be arrested for starting other wildfires in other locations in California. As if that isn’t odd enough, a college professor in California with at least three Masters Degrees and reportedly one Doctorate degree has been charged with starting a wildfire in California and there is considerable evidence that he also started an entire string of wildfires within California. The third link, fourth link and fifth link detail this case, and offer considerable evidence that he was involved in setting not only one wildfire but many others as well. Authorities used a tracking device on his vehicle, tire-matching analysis and other investigative tools to see where he started wildfires.

What none of the first five links have discussed is a concern that I have after reading about these two individuals. I think it is well-known that California colleges employ some of the strongest devotees of “man-made climate change” narratives; therefore, it is very likely that professors and academics employed/trained by these colleges are climate-change advocates who want to convince the world that their climate-change agendas must be implemented very quickly to save the world. I think the question needs to be asked: Did these college professor/scientist types go “over the edge” and start fires deliberately to advance Leftist climate change agendas that radical solutions must be implemented to save the planet! The third through fifth links do document that one professor had mental health issues so he may have been driven to advance a radical climate change agenda through criminal actions. If this is the case, it actually will harm their climate-change agendas now that it is known that college professors and academics are out starting wildfires in tinder-dry California locations. Indeed, unless it can be proven that natural lightning, a sparking mechanical incident involving electric-transmission wires, a railroad right-of-way, etc. can be identified as the cause of other wildfires, the likelihood of humans starting  wildfires has to be assumed as a likely cause in each case. It could be an accidental action such as a campfire getting out of control, inadvertent sparks from a passing railroad train or it could be deliberate as was charged in these two college-level suspects. There is one remaining obvious question. Authorities have apprehended two such academics for starting wildfires; how many others have started wildfires who haven’t been caught?

Consider another topic. It is well-documented that a variety of glaciers have been retreating in recent years–some dramatically so. This argues strongly that climates are warming in the regions where this is happening. However, is the entire globe warming at once? If so, how do we explain the fact that Brazil has had its most severe frosts in perhaps 40 years, causing major damage to Brazil’s coffee crops (sixth link and seventh link). Considerably higher coffee prices will inevitably occur due to this fact, but why are we getting a series of killing frosts in Brazil during the summertime–a nation which straddles the equator? Also, the eighth link offers the findings of a climatologist that the Antarctic sea ice has actually been in a period of gradually expanding sea ice over a recent monitoring period of 30 years. There are reports that Antarctic sea ice has retreated in recent years, but the fact it increased for decades while Arctic sea ice was retreating is an anomaly in global change models. The intensification of cold temperatures in Brazil and expanding sea ice over many years in the Antarctic raise a question that I have not seen addressed by any scientific reports. Is the entire earth really warming or has something gone wrong with the atmospheric patterns that circulate heat around the planet in both hemispheres? I’m sure you have also heard about the “rising sea levels” which will swamp coastal cities. What you are not being told is that satellite measuring tools have shown that the coastal cities are themselves sinking due to ground subsidence (ninth link).

As long ago as 1000 BC, King Solomon observed that there were circular trade winds that blew in circular patterns on our planet (Ecclesiastes 1:6). He knew this because he was the emperor of what is called the Phoenician Empire which existed then under his rule (after King David of Israel and King Hiram of Tyre established a close alliance (I Kings 9:26-27 and 10:22-26)) which dominated global trade. The sailors in this alliance knew about the circular trade winds over the oceans, and Solomon wrote about it. These circular trade winds distribute heat and moisture throughout the earth but if they have long-term cycles which are not known or predictable, it will alter regional climates throughout the world. Some would get colder while others would grow warmer. You can read in my books a thorough examination of how extensive and dominant the Phoenician alliance of Israel, Tyre and Sidon was in Solomon’s time. These books can be obtained at my website’s home page. A four-book set includes all the historical information while an E-book offers most of the information at a reduced price.

With those initial comments, what does the Bible predict about global climates in the prophesied latter days? You can confirm we are living in the latter days by reviewing the evidence in my article, Are We Living in the Biblical Latter Days?

The Bible actually has more to say about our latter day climate than even most Christians realize. In Matthew 24:7, Jesus Christ prophesied that wars, famines, pestilences and “earthquakes” would characterize the latter days. I would venture to say that the word “earthquakes” includes all types of tectonic activity: earthquakes, volcanoes, destructive lava flows, landslides, etc. An earthquake under the ocean can also cause immense tsunamis and loss of life as the Indian Ocean earthquake in 2004 demonstrated (tenth link).  Luke 21:25 predicts that in the latter days, we will witness “the sea and waves roaring.” This would easily be fulfilled by the increase in both the frequency and intensity of hurricanes that climatologists have documented in recent years. Damaging oceanic tsunamis would also fulfill that prophecy. These climate phenomenon all are happening now and they fulfill biblical prophecies for the latter days. Did the biblical authors of these prophecies know that the earth, sun and atmospheric forces have cyclical patterns that wax and wane and that they would wax more intense during the latter days? Obviously, they did not have scientific knowledge to know about such things, but the Creator God who inspired those prophecies (and who made the earth and all its climate forces) does know those things. Revelation 16:8-9 prophesies that at some point in the latter days, an intense heat wave will hit the earth but it will originate with a change in the sun, not the actions of mankind. The language of this prophecy sounds like a sudden, intense increase in the sun’s radiation of heat, not any gradual increase due to mankind’s industrial revolution on earth. Revelation 11:1-13 has a prophecy about two immensely powerful prophets who will be sent to warn the world that the Messianic Age/Millennium is imminent and they are prophesied to be able to “plague” the earth by controlling the atmosphere, the water bodies on earth and the land itself. Given the expansive description of their prophesied powers, just about any atmospheric or climate event can potentially be caused by them [these two witnesses are not here yet and I do not know who they will be, but you can read what the Bible says about them in my article, The Two Witnesses].

Indeed, we may witness very catastrophic climate/planetary events in the future. Revelation 8:6-11 describe what sounds exactly like asteroids, meteors, or comets hitting the earth. The wording “a great mountain burning with fire was cast into the sea” sounds exactly like the scene in the movie, Deep Impact, which depicts an asteroid hitting the Atlantic Ocean off the east coast of America. The tsunamis from such an event would kill millions on all shores affected by the mega-waves such an impact would create. Isaiah 24:1,4-6 and 18-21 describe global apocalyptic events if they are literally fulfilled. The language here could be another prophetic account describing what will happen when Revelation 8’s prophecy is fulfilled. A large enough impact from a heavenly object could cause the earth to wobble on its axis as Isaiah 24:19-20 describe. However, Isaiah 24:1’s language about the earth being “turned upside down” could refer to a magnetic pole reversal where the north and south magnetic poles of the earth literally could “turn upside down.” The magnetic north pole has been increasingly drifting from the Canadian north toward Siberia, and scientific articles can be accessed easily via a web search that describe the dangers of such a pole reversal. All GPS reckonings would be dislocated, animal migrations likely reversed, and massive disruptions to global power grids would be likely. Scientific articles do regard a pole reversal as a distinctly possible event which has happened before in earth’s history.

If you think the small climatological changes now being experienced constitute “climate change,” wait till you see what will happen to the earth’s climate and planetary realities when the Creator God decides to intervene in our planet’s earth-forces to get mankind’s attention. That day is approaching.

[One last thing regarding the climate change actions now being discussed. I doubt the green power agendas will ever work. Solar power is unreliable because it produces no electricity on cloudy days. Wind power produces no electricity on still days. As the American Southwest mega-drought continues, the giant dams in this region are close to having to shut down hydroelectric power-generation altogether due to low reservoir levels. It does seem that fossil fuels are the only reliable and readily-available source of energy now available. Also, there isn’t enough lithium and rare earth minerals to power the batteries needed for the hundreds of millions of vehicles now on earth if they switched to electricity. However, there is something the globalist crowd could do if they are serious about reducing greenhouse gases. They could (A) invent a new type of catalytic converter for gas-powered vehicles that is nonpolluting and (B) invent a new type of “scrubbing” technology to install on the stacks of coal-fired power plants so they also become nonpolluting. That is all that is really necessary.]