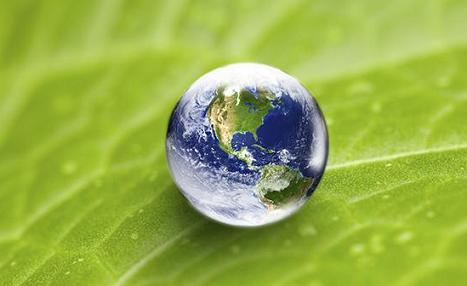 In an act of significant scientific courage, over 31,000 scientists have signed a statement that debunks the politically-correct dogma that “man-made global warming” is an established fact. That so many scientists could sign such a statement proves that there is no established consensus among scientists that the above Leftist environmental mantra is true. That so many scientists were willing to publicly sign such a statement surely must indicate that there are many more scientists who agree with them but were cowed by personal or professional circumstances from joining this statement.Were these just “rogue” scientists? Hardly! The list of scientists includes over 9,000 PhDs, 4 NASA astronauts and “at least two Nobel Prize winners.”

The first link gives details about this new proclamation signed by so many scientists. It states the group “strongly rejects as unproven the hypothesis of man-made global warming climate change,” and it urges the US government to reject the Kyoto Climate Accords. It adds the man-made global warming dogma is “without scientific validity.”  The second link cites a microbiologist who indicates that a conference of his peers did not believe that “climate change” was the top issue facing mankind or our planet. The third link cites a columnist for the Telegraph in the United Kingdom who writes that “the prediction of a catastrophic rise in sea levels is ‘the greatest lie ever told.'” This link debunks Al Gore’s famous predictions of a rapidly rising ocean level which would soon engulf coastal cities as not being grounded in any scientific facts. Indeed, it asserts that “the sea level is not rising.”

Why then have the world’s elites been championing and publicizing their favorite “experts” who continually cry out that mankind is responsible for “global warming,” and who also try to intimidate anyone who seeks to disagree with their dogma? I think there is an obvious reason why this has happened. If mankind’s actions actually were responsible for a dangerous “warming” of the globe, then it would obviously require a “global” (read: supra-national and “global government”) response. If man-made global warming existed and horrendous consequences were in the offing, then a type of response would be required which would involve nation-states ceding control over their internal affairs to all-wise international “global government” elites. The “global government” entities would include such organizations as the UN and its alphabet-soup subsidiary organizations, the EU,the IMF, NAFTA, etc. Undoubtedly, the globalist elites are in an uproar over President Trump’s withdrawal of the USA from the Paris climate agreement because they envisioned that that pact eventually would be given some kind of environmental sovereignty over the signatory nations. It is now evident that such an action would have been based on phony science that is not universally accepted by the scientific community. Thankfully, over 31,000 scientists have exposed the fact that their “emperor” (the dogma of man-made global warming) “has no clothes” (scientific facts to support it). Did your media or the major TV networks inform you about these links?

The Bible does prophesy that there will be major forms of climate changes in the “latter days” of our age in which we live. Matthew 24:7 foretells that earthquakes and famines will occur. “Earthquakes” could mean all kinds of tectonic activity, and it is known that a huge volcano can cause global cooling. Indeed, there was a period of dramatic cooling in the Middle Ages called “little ice age” (fourth link) which was preceded by a period of unusual Medieval global warming. Volcanic activity and natural solar cycles have been proposed as causes for these occurrences. One thing is for sure: the Medieval global warming period could not have been caused by modern “industrial greenhouse gases” as the industrial age had not yet then occurred. The earth has experienced normal (and even major) fluctuations in its temperature during past millennia without mankind doing anything to cause these cycles. “Famines” as predicted in Matthew 24:7 are another climate event involving varying precipitation levels around the planet. Luke 21:25 prophesies the latter days (just prior to Jesus Christ’s return) will include “the sea and waves roaring,” which would aptly describe hurricanes and tsunamis (such as Hurricane Katrina that hit the USA and the massive earthquake-caused tsunami that struck the Indian Ocean region with massive casualties in several nations). Isaiah 24 predicts the latter days will include the earth wobbling on its axis (verse 20) and catastrophic tectonic activity or polar shifts (verse 1, 4-6, 17-21). Such events could be caused by a heavenly object such as a comet or meteor hitting the earth (as Revelation 8:8-11 indicates), by a scientific experiment in a climate-change or HAARP weapon going awry on a global scale or by direct Divine action. The “climate changes” from such events will be globally catastrophic, and they won’t be caused by “global warming” caused by man-made industrial gases.

Revelation 16:8-9 prophesies about something that will occur involving the sun that causes intensified heat on the earth. That could be caused by direct Divine action or it could indicate that the latter day prophetic sequence will include a “solar maximum” which causes rising atmospheric temperatures, solar-caused EMPs taking out electrical grids on the earth or both.

The false dogma of “man-made global warming” also brings to mind one other prophecy. In Matthew 24:24, Jesus Christ himself warned that there would be “false prophets” in the time preceding his return. We Christians have naturally understood this warning to mean there would be false religious prophets and teachers in the latter days. That is certainly true, but these links indicate we may have to understand this prophecy in Matthew 24:24 in a broader manner. Did Christ also have in mind “false prophets” teaching bogus scientific or environmental dogmas in mind as well? Perhaps he did. It makes me wonder: Could Jesus even have had “false prophets” like Al Gore in mind when he gave his disciples his warning in Matthew 24:24?